Crush(es): (Please make this historically accurate and remember, the cities aren’t all siblings. Most of them aren’t even related, so having a city crushing on another city or something isn’t that bad)

* These are needed to be answered with link to where you found your information, unless you’re from that city and already know the answer (Like how I’m from Rhode Island, and already learned history about it).

((what do a mean by "the city’s highest elevation", I'm confuzzled?))

((Like the highest hill unless you're talking about Sky scrapers.))

((:/ ok these questions are hard, well, time to get studying! XD could I count Maine and Forks as a few of my OC's?))

Sure! Forks is a city in the US, right? And I obviously know Maine is a state, so they work~))

((It's a town, which is most known for a prominent piece of literature which shall not be mentioned. :) ))

Mod
((Well, it's really supposed to be about states and provinces and stuff, but I did say that I could add a few other towns/cities too. Alright, since you're awesome I'll let you make both~))

Appearance: Dark purple - almost black, kind of longish hair, blood red eyes with darkish circles around them, he has very pale skin, he has a lanky build but hes still strong he's about 5'8/9''ish and He has one lock of hair that stands up at the back of his head no matter how much he brushes it down XD
He usually wears a black hoodie with a black shirt with this design on: http://neondragonart.com/Art/display.... Across the top its say's the title of the pic called "playing with fire". He also wears dark blue jeans and black converses with red laces. 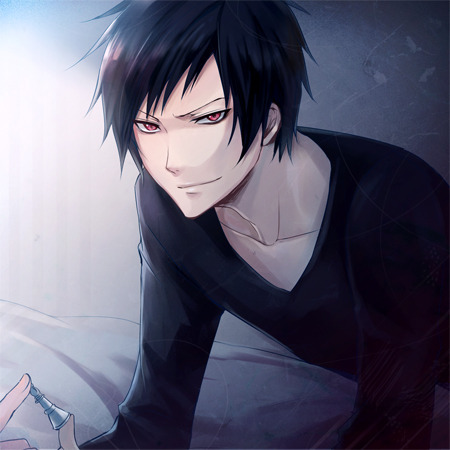 Personality: He's shy and emotional (not is a crying all the time kind of way, he's just really caring and feels for other people when they are happy or sad) But he can also be outgoing and will join in with any conversation, he's funny and he's got a good scene of humour, he's brave and loyal. He has a lot of control over his thirst but sometimes when he's really thirsty he goes weird - kinda weak and paranoid that he'll bite someone - if he doesn't have much control then things can get seriously bad, apart form that though he's got a really nice personality - even if he is shy! :P

Good Traits: He's always willing to help people out both emotionally (like cheering someone up) and physically (like helping them out with lifting heavy stuff) and he's always happy to lend an ear and a shoulder to cry on when someone's upset.

Bad Traits: He can be really awkward when he's shy sometimes, like he'll go really silent and just look at the ground, tapping his foot or something as a distraction. He can also turn invisible depending on his emotions, i.e: Angry or embarrassed - he flickers, sad or lonely, he can disappear completely for up to 10 minuets. This can also make it really awkward because when he's embarrassed he just keeps disappearing and re-appearing which can get annoying.

Likes: Spending time with his friends, people who like his even tough he's a vamp, blood, making people laugh, playing guitar and being accepted.

Dislikes: People who dislike his because of what he is, people asking him if he sparkles, food, people who pick on him for being shy and people underestimating him and surprisingly he hates violence which is kinda ironic seeing as he drinks blood.

Other: He's a vampire - And no, He's not a sparkly Twilight vampire XD He's not effected by the sun because he's special. XD And also no, I did not make him a vampire because he is Forks, Ash is just one of my original characters who is a vampire and I decided to introduce him to all of ya ^_^

(I had to add this in because he looks freakin' awesome:) 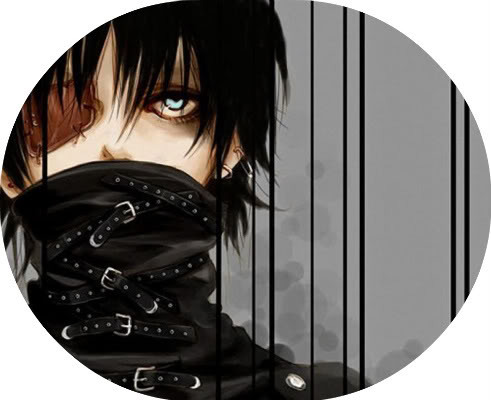 (without the eye patch)
He's Insane, cannibalistic, mysterious, the sort of person you really wouldn't want to wake up to seeing. When he's angry Eastwood is forced to put a muzzle on him, he loves violence and blood and him being a vampire makes him even more dangerous...

*What is the city’s highest elevation?

City Age: Not too sure, 1500+ (older than in the Saxon era, could possibly have been around in the Roman times)

Human Name: Leah Ray Kirkland (lol, see what I did there? :P)

Appearance: Long ash-blonde hair with purple tips, a small hair curl on each cheek, blue/green eyes, athletic/swimmers-build, petite (aka tiny, about 5'2''), pale skin. She usually wears a white shirt with a light blue, blue and silver union jack in the centre, jeans, light blue converse shoes with rainbow laces. She sometimes wears a light grey knitted kitty hat with eyes, a nose, a mouth and pom-poms for ears, or her headphones with it. In the summer months she ties her shirt up at the front and wears white shorts or 3/4 jeans with them.

Rayleigh as a kid: 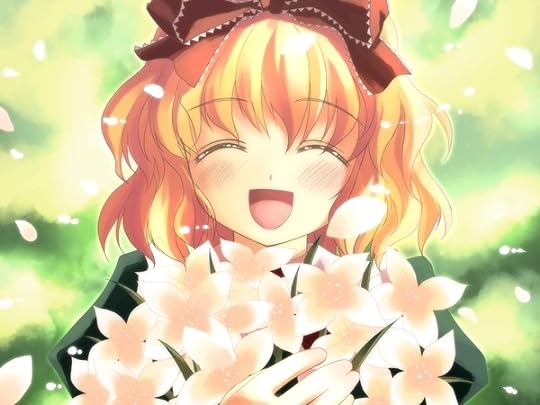 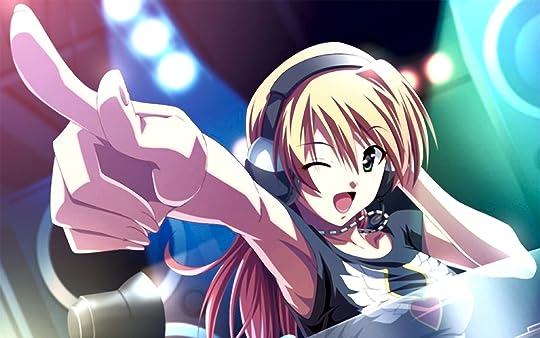 Personality: Brave, never-gives-up, really friendly, VERY random and hyper, outgoing, loving (in a friendly manner, lol she likes to give people hugs to make them fell better about stuff), kind/light hearted, funny, she has a good sense of humour, VERY competitive when it comes to sport, sometimes shy, very loyal - she would protect her friends with her life and wont hesitate to harm anyone who hurts her friends physically, mentally or emotionally. She is also completely oblivious to lots of things which can be funny sometimes XD. WARNING: Stubborn, Short-tempered and easily-angered. NOT A MORNING PERSON XDDDD.

Good Traits: She's always there as a shoulder to cry on and she's a good listener. She is very understanding and tries to cheer people up when they're down by making them laugh or just comforting them. She can usually tell when someone's upset. She will do anything to protect and keep her friends safe, or die trying.

Bad Traits: Again, she's stubborn, Short-tempered, easily-angered and definitely not a morning person. Some of the other Nations would call her "annoying" because she's always (or usually) so excitable and happy but they would most;y call her that because she likes to annoy and troll other countries for a joke occasionally.

Dislikes:
~ British weather
~ Rainy days
~ Mean people
~ People who have no sense of humour
~ Turkish delight (about the only sugary thing she dosn't like XD)
~ Bullies
~ People who hurt or insult her friends
~ Foods that are a bit tooo sweet (again, Turkish foods XD)

Pet(s): Red - a lil red fox with wings) and Barney (a lil brown long-eared bat) they can both become human when they please.

Red as a human: 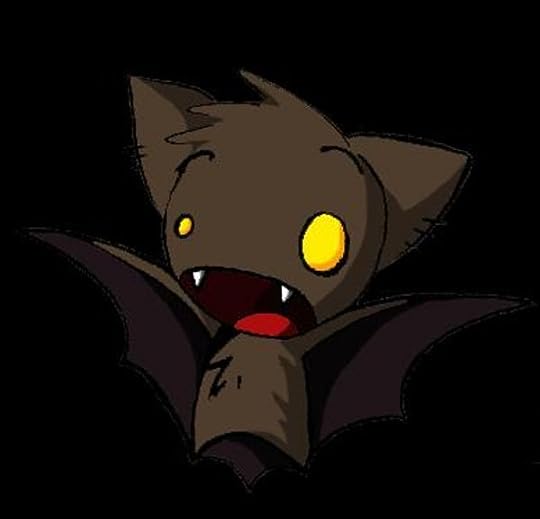 Barney as a human: 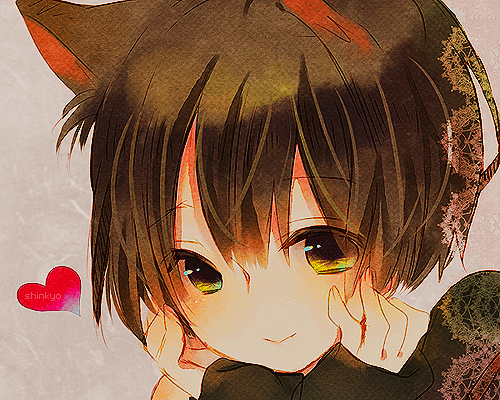 Other: Rayleigh, as well as Eastwood used to be part of "The Great Forest of Essex" Which covered a large amount of Essex in the olden days and used to be a well-know hunting ground in Britain. She can also see mythical creatures. :3

A: The Mount...Wikipedia can explain it better than me - And I live in Rayleigh! XD

One of the best Norman motte and bailey castle sites of Essex, a county blessed with several fine examples. The castle mound is set within a ditch surrounded by a wide rampart, which stretches to form a bailey on one side.

Rayleigh Castle existed at the time of the Domesday Book in 1086. It was probably erected by Sweyn of Essex, son of Robert fitz Wymarc, shortly after the Norman Conquest. The castle was in use until the 13th century. Excavations on the site show that the base of the castle mound was reinforced with rubble to shore up the mass of the mound.

The nearby windmill, operated by Rochford District Council, houses a display on the history of the castle mound.

A:
~ Eastwood
~ Hockley
~ Hawkwell
~ Rochford
~ Hadleigh
~ Leigh-on-sea
~ Southend-on-sea
~ Westcliff-on-sea
~ Wickford
~ Basildon (Or Basildump as we call it - It's really crappy there)
~ Benfleet
~ London (that's only 30 miles away :3)

Awww look at the lil Essex family X3
(yeah I know London isn't part of Essex but he's like their big bother :3)


*Who founded the city?

A: No one really knows, all we know is that it goes back to possibly the Roman times and that Rayleigh was mentioned in the doomsday book.

Me, Rayleigh and Forks:

Spellfire wrote: "City Name: Forks (YES IT IS A CITY! I RESEARCHED IT! :D)

XD lol he has the same name as you! :P He has that name for a few years before I met you :P lol

Crush(es): (Please make this historically accurate and remember, the cities aren’t all siblings. Most of them aren’t even related, so having a city crushing on another city or something isn’t that bad)

Michigan. Where I live.