Mod
Here's the application for your provinces! And, wait for me and only me (Ya know, Hetamusicfan~) to approve of them.

* These are needed to be answered with link to where you found your information, unless you’re from that province and already know the answer (Like how I’m from Rhode Island, and already learned history about it)

Province Name: Manitoba (yes, it does hold part with the Great Manitu).

Sexuality: Strait--he finds Ukraine hot, I take that as strait.

Appearance: Read head, freckles, and yellow/orange eyes. He usually wears his 'Friendly' coat, (a deep blue winter coat with the word 'friendly' written at the front) a scarf, and a dark tuque.
((A tuque is a hat, a chesterfield is a couch and it's pronounced zed not--well, you know the rest.))

Good Traits: Manitoba tends to get what he needs and doesn't ask for much more because chances are, the weather will just get in the way anyway. His French political opinions are pretty liberal but his English ones blend between the three.

Bad Traits: He doesn't make friends easily, he mostly just blends back into the tapestry of Canada even if he's completely a character of his own. Don't even compare him to Ontario or Saskatchewan! You'll quickly figure out what dwells up north. Sure there's gun control but if you're dressed as a polar bear during Halloween in Churchill, you'll get shot.

Likes: Skiing, staying indoors, making snow sculptures in Febuary even if they're all going to melt anyway, boating, garden snakes, hugging bisons (jk), insulting anyone who dares call him a third wheel, looking up to Nunavut, correcting Quebecois about his language skills.

Dislikes: When Americans come with their ski stuff in the summer, asking where's the nearest mountain. ((This is wrong for so many reasons--one because it's like plus twenty Celsius all the time, two because there are NO hills in Manitoba--unless you plan on going to the dump, and three because the nearest snow might as well be Churchill. Once again, you don't want to get his Churchill side into this.))

Crush(es): British Columbia has caught his eye but her eco-friendliness is berk! He is not turning vegan for a girl. Plus, she's the rainiest and he's the sunniest, it would be like clash of the titans.
Surprisingly, and not so at all, he really likes girls from the Ivory Coast and Toga but which self-respecting black girl would ever take interest in a short, tough ginger? It's seriously depressing, he's really out classed. TT_TT

Pet(s): He personally takes care of what's his name polar bear of Canada's when he's not feeling right but has to fight on it with Alberta who claims the Calgary zoo is soooo much better and everything dies in Manitoba anyway.

How to locate him: Just north of North Dakota.

Other: You get in his way, varmint and he'll kick you in the shin.

A: Friendly Manitoba? No, it's actually latin. Gloriosus et Liber
("Glorious and free")

A: English and French (well not officially)

A: Louis Riel (his grave is even in the Cathedral cemetery, they brought his body back from where they'd hung him in Saskatchewan).

((I'll post some videos with him in spam. I can't wait to get this started!))

Mod
((Okay~ I can't wait either, but sadly mostly everyone around is at school D:))

((*waves* IS IT ALRIGHT IF I CLAIM AMERICAN SAMOA AND MAKE THE STUFF LATERZ?))

Mod
((YUP! SUREZ~
AMERICAN SAMOA IS A TERRITORY SO... HMM, MAYBE I SHOULD JUST MAKE A DIFFERENT APPLICATION FOR TERRITORIES...))

((OOOOOR, YOU COULD JUST DO: PROVINCES/TERRITORIES~?))

((Oh wait, that reminds me, this file should be titled 'Provinces and territories' given the three northern territories in Canada. There are only three.))

((But you're talking American territories, not Canadian. Then again, it doesn't say 'Canadian' specifically.))

((Personally, I didn't even know America had terratories. O.O))

Blood Bone and Muscle wrote: "((Oh wait, that reminds me, this file should be titled 'Provinces and territories' given the three northern territories in Canada. There are only three.))"

((That works~ I'll change it, and just change provinces to territories when you guys want to make one~))

((^ u ^ I knew, thanks to geography and my American Samoan friend~)) 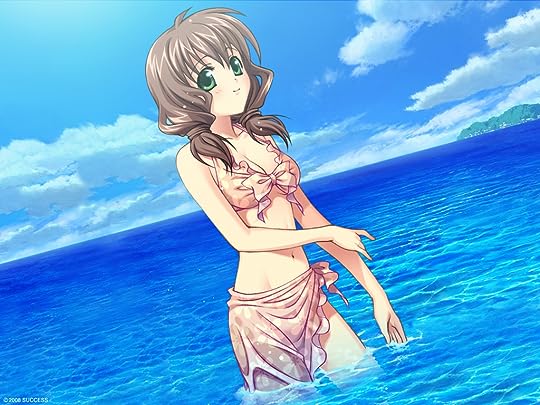 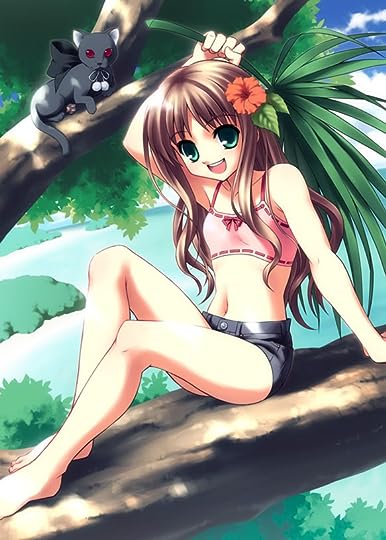 Personality: Very loveable and easygoing. She loves to talk and is very athletic and energetic. She is very close with Hawaii and enjoys swimming, fishing, surfing, making shakes, and eating pineapples. She is sometimes selfish, but she tends to be very kind and forgiving. She is very extroverted and is not shy when meeting new people. She may easily get flustered, and she doesn't really like to study.

((:D I got some info from my friend who lives there, so is that creditable~?
Oh, and:
http://en.wikipedia.org/wiki/American...
http://asvb.publishpath.com/))

To be finished soon

Province Territory Age: It's actually not really a Province, it's actually a territory. >_> It's just a part of Canada. Is that alright? Approximately 143 years old.

Birthday: July 15, and keep in mind it was when it became CANADIAN, not a province.

Human Age: 18; she's the oldest out of those that lived in Rupert's Land.

Sexuality: Straight, although she has no problem with either sexuality.

Personality: NWT is most likely the most laid back of the Canadians, because she can stand to have her siblings steal from her and she is happy living a normal life and with what she has. She's a quiet, mellow person, and honestly is a little to nice. NWT isn't shy, but she's keeps to herself and rarely speaks out against anything. Her sweet and kind hearted nature seems to combat with her husky's over-protective, stubborn and grumpy demeanor. Anyways, NWT is just a really permissive and forgiving person. Though, she doesn't seem to notice how much Canada loves her as a daughter...

Good Traits:
❅ She's quite possibly the most understanding nation ever. She always has a reason to do things, so don't bother asking why.
❅ NWT is very forgiving, and isn't afraid to say sorry either. She doesn't have to much pride, meaning she will admit her wrongs.
❅ Her sweetness is very overpowering, and she can calm any beast, any day. She's brave, but not reckless. Well, sorta. She's not afraid to try and calm people down. (If it's what you call her trying. XP)
❅ She's not innocent, but she certainly is hearty. She'll never look at things negatively, and she makes the best of things as always.
❅ She won't complain, probably because of her overpowering sweetness. She's a very polite young lady. (No one knows who taught her her manners... XP)
❅ NWT is a people person, but not a confrontational person. She may be reserved, but she's a face reader. She knows how to make people happy.

Bad Traits:
☼ Because she's very understanding and forgiving, most people aim to take advantage of this. Hence, why she's missing some territory...
☼ Because she has nearly no pride, she isn't afraid to tell people about her sibling's embarrassing moments in life. One of the reasons she isn't favorite among her siblings...
☼ She almost never turns off her subtle, kind personality. She rarely becomes ultra serious which can irritate most people. She'll listen, but she won't be more than subtle.
☼ She'll almost always try to help people. She pays no attention to the saying "It is best to be working on one task you are skilled at than to hazardly try to do new things."
☼ If she does ever become irritated or upset, she makes it obvious. No knows if she does this porously, but it makes people guilty easily.
☼ She doesn't like confronting people, so it takes a lot longer than you think to make friends with her. Kind of like asking one person a million questions just trying to get one answer.

Likes:
✮ She seems to favor for Alberta's steak very much... She's beginning to become accustomed to more 'Western Food.'
✮ NWT's home is truly the cold of winter. She gets uncomfortable in hot areas. She is a sledding champion and a world renowned ice sculptor.
✮

*What is the province’s territory's motto?

*What is the province’s territory's official language(s)?

*Who founded the province territory?

* These are needed to be answered with link to where you found your information, unless you’re from that province and already know the answer (Like how I’m from Rhode Island, and already learned history about it)