Classics and the Western Canon discussion

THE STORY. Dante contemplates the snow-white rose, filled, rank upon rank, with the souls of the redeemed, to whom the angels, descending like a swarm of bees, minister peace and fervent love. Dante is so moved by the contrast between our world and this region of bliss that he falls into a stupor of silence and amazement. Turning then to hear Beatrice speak of this celestial scene, he finds her gone, and in her place a soul of extreme benevolence of aspect. This is St Bernard, who has come to lead Dante to the vision of God, as Beatrice has prepared his understanding in readiness for this final experience. Looking up, Dante has his first glimpse of Beatrice enthroned and utters his words of farewell. St Bernard bids him look even higher and Dante beholds, at the extreme edge of the rose, the glory of the Virgin, attended by countless angels.

The Departure of Beatrice: Under the guidance of Beatrice, the figure of revealed theology or the true doctrines of the Church, Dante has seen anticipatory visions of the glory of God. Now, having been blinded and kindled to new sight by the light of that glory, he is ready to partake of the vision to which the soul attains after death. In her allegorical sense, Beatrice is no longer needed. Dante has passed beyond the intellectual comprehension of doctrine and has reached, by contemplation, the state of ecstasy in which the souls of the blessed (or of mystics) gaze directly upon God. In the literal sense, Beatrice on her departure is more than ever herself, the person whom Dante loves and to whom, in his farewell, he pours out his deepest gratitude, entreating her still to extend towards him her beneficence.

St Bernard: Although Beatrice can take him no further, for his final vision Dante still needs the guidance of one who can lead him onwards in contemplation and can implore grace for the ultimate boon. St Bernard, the type of the mystical contemplative, is chosen for this role. He is not only the image of contemplation; in his literal sense, he is one who has himself seen God in the first life, and, since he will implore the Virgin to intercede so that Dante too may share this vision, his devotion to the Mother of God has both a literal and an allegorical appropriateness.

The Virgin: For the second time (cf. Canto xxiii), Dante beholds the Virgin. On this occasion, though she appears in her bodily form, the imagery with which she is described reveals her as if all but divine. She is the Queen of Heaven, to whom the saints of her realm are devoutly subject; yet with them all, the Virgin, too, is adorned with the light of God; though Queen of them all, she, too, is one with redeemed humanity. 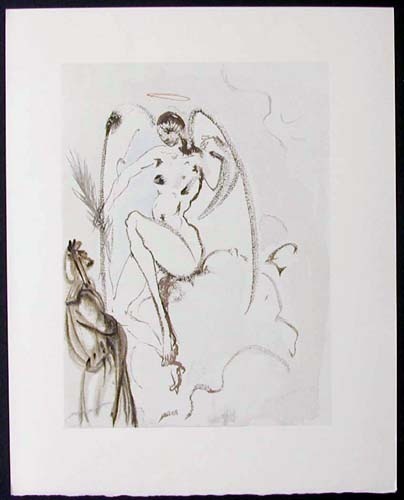 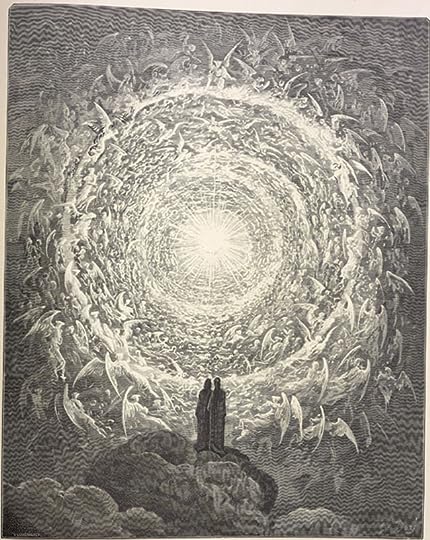 Gustave Doré: Paradiso Canto XXXI.19. “The Saintly Throng in the Shape of a Rose.” c.1868. Engraving. 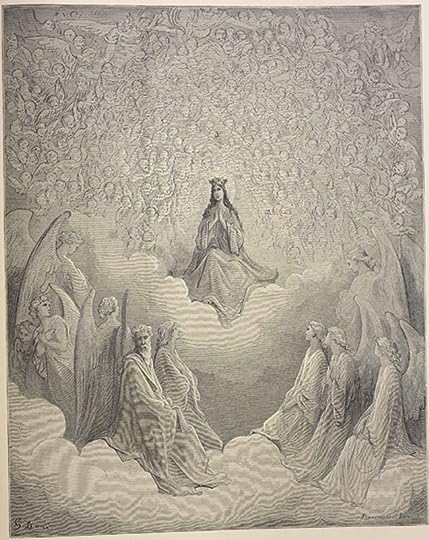 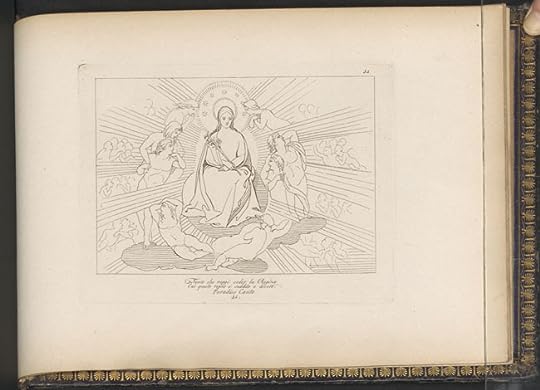 Gustave Doré: Paradiso Canto XXXI.19. “The Saintly Throng in the Shape of a Rose.” c.1868. Engraving.

Amazing! It's as if all the darkness in his previous drawings were done with this in mind. The rose petals are all coming out, row after row, from the center. I thought of this the other day when I was looking with my mother at the rose windows of Notre Dame, and especially of St. Louis Chapel.

Laurele wrote: "... I thought of this the other day when I was looking with my mother at the rose windows of Notre Dame, and especially of St. Louis Chapel...."

Do you know this site for virtual touring of Sainte Chapelle in Paris? Use your mouse to move in close, then away.

Lily wrote: "Laurele wrote: "... I thought of this the other day when I was looking with my mother at the rose windows of Notre Dame, and especially of St. Louis Chapel...."

Do you know this site for virtual t..." 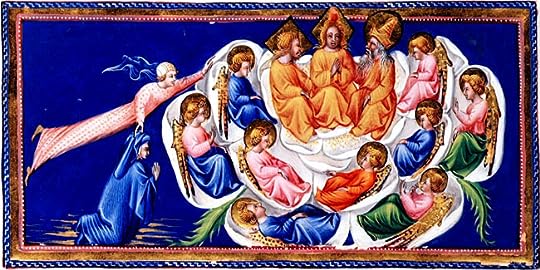 Now there's a rose! Not room for many souls, though. 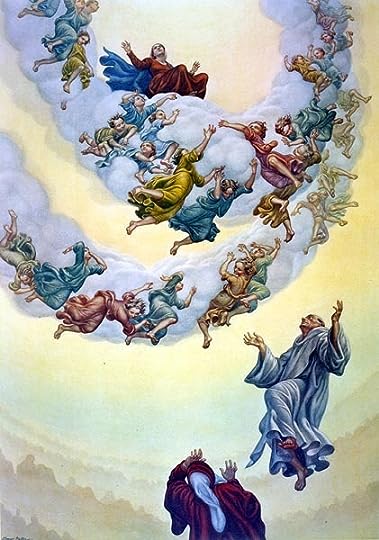 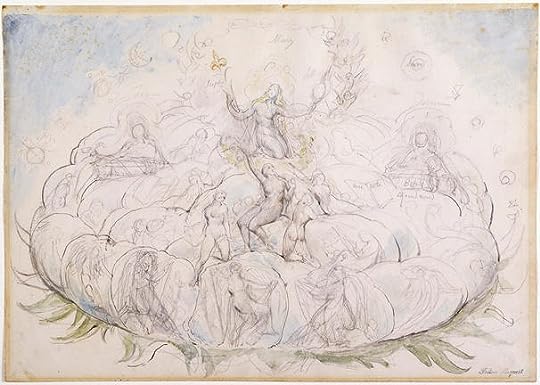 Classics and the Western Canon