This topic is about The After/Life
38 views
Your Post-Apocalypse Now!

The After Life is the story of Nad Raven - a young man, whose childhood is shattered by a cataclysmic event that leaves him trapped in an underground vault with a few other survivors of a modern day apocalypse. It is a tale of a small community that tries to move on after all hope seems to have been wiped out by an all out nuclear war. With our planet turned into a grim wasteland, the protagonist discovers that even in an isolated micro society there is love and hate, grief and happiness, valor and treason as well as that overpowering human temptation to find out what is out there - beyond the safe walls of the underground shelter. To find out, Nad embarks on a dangerous journey that holds many dark secrets... a journey that will change his life forever...

The novel is listed on Amazon for 2.99 and is rated 5/5 stars...get your copy today and let me know if you enjoyed reading the novel as much as I enjoyed writing it! Have a nice post-apocalyptic day!

The review of my novel on the Cozy Catastrophe website: http://www.exitofhumanity.com/2013/03...

The theme of this book is one that very familiar to me and if you read apocalyptic fiction in any sort of regular fashion it will be immediately recognizable to you as well. Raven is a small boy and is aware that the news has been filled with an ever increasing volume of news stories that are very alarming to his parents and that they are worried and becoming more worried with each passing day. But he is not worried. Raven makes light of the whole thing with humor and intimation of the panicky voices he hears. Then one day at school the television gives the alert signal and the bombs drop.

After that the vast majority of the book takes place inside a vast and well apportioned nuclear bunker. This follows well known (and loved) PA themes that you'd find in books like Wool by Hugh Howey and The City of Ember by Jeanne Duprau and to a lesser extent What Niall Saw by Brian Cullen. It the placement of the bunker that made the story so different. It's the setting itself that I connected with.

When the bomb dropped Raven was at school. The bunker he was hustled into was hidden beneath the school. How the school came to have a giant state of the art bunker complete with a vast garden, a large armory, a barnyard full animals, as well as all the food needed to feed the residents of the bunker is not really explored. Raven does mention his surprise at its existence but he doesn't know either.

The interesting thing about the bunker being under a school is that all the adults were either teachers or were the administrative staff. So as the fledgling society begins to coalesce it chooses its leadership on those lines. The leader is known as The Principal, Teachers take on teaching duties as well as a political position. As children grow up in the School and graduate they take a test. If they score well enough they are trained as Teachers. If they don't score well they take other jobs that need to be done in the School grounds (the bunker).

Things go fairly well until Raven hears a radio signal. He tells his girlfriend and she goes apes***. Soon after that there is an uprising, a new Principal takes the helm, and soon things spiral out of control. In the back of his mind Raven is wondering if the world outside is really as bad everyone thinks or if he's been trapped and locked away for no good reason.

All in all a great book. Read very quickly and I wanted more. Here's hoping the you write the sequel Verdan ... and if so I stand ready to read and review it. Cheers.

Thank you! I will with pleasure! You can help by spreading the word around :)

here's the direct link to the novel on Amazon: http://www.amazon.com/The-After-Life-...

and just because it is Monday, I wanted to share with you a photo of a post-apocalyptic donkey :)
http://www.facebook.com/photo.php?fbi...

Have a nice post-apoc day!

The After/Life has just won the best ebook cover award on the Bookdesigner website! Check it out here!: http://www.thebookdesigner.com/

There is one thing I would like to share with the members of the group concerning The After/Life novel. All the royalties I have so far received for the novel (something like 80$) and all the royalties I will receive have been and will be donated to an orphanage in Gyumri town of Armenia. It is a special needs kids orphanage - the only one in our country. The building of the orphanage has been renovated by the foundation I work at but the kids still need that extra attention - the toys and the clothing and that little things that make them feel that there is still kindness in the world and no matter how hard the challenges and long the way there will always be someone to hold your hand and help you along on your way forward. As I move forward with this initiative, watch this space to see photo-stories on what's been accomplished.

here's some more info on the orphanage that I am donating the funds from the sale of the book to: http://blog.armeniafund.org/2012/08/e...

My badge for winning the best ebook cover award has just arrived and it looks goooooood! 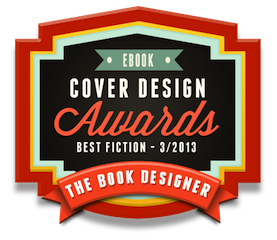