Mod
Hi All!
For those who asked, here is a link to the blurb and excerpt from my work-in-progress, my first contemporary romance, SMOOTH TALKIN' COWBOY.
http://www.goodreads.com/story/show/3....
Your comments and/or critiques are welcome!

Mod
My gaze rested on the bedside table. There was his dagger, the deadly jimbiya.
I picked it up, examining it slowly. Reverently. The sheath alone, wrought of silver, was a bejeweled work of art. I withdrew the ivory handled blade. If weapons such as these were a show of a man's status, his was that of a king. But for all of its beauty, I was in even greater admiration of its lethal utility.
The curve of the blade, lessened the need to bend the wrist, making it a superior stabbing weapon than a straight blade. The heaviness of it enabled it to inflict deeper and larger wounds, to cut with relative ease through muscle and slit entire organs. I marveled that he would have left it behind. It seemed such a thoughtless act for a man who had professed to leaving nothing to chance.
My pulse raced. My implement of escape was at hand. I only wanted the proper timing.
THE SHEIK RETOLD

Mod
On a nearby table were several small glass bottles of fragrant oils. I selected one and asked Zilah, "What is this?" Her eyes grew wide as I removed the stopper and sniffed. I closed my eyes, instantly recognizing the scent. I thrust it from me with a snort of disgust. Nevertheless it haunted me, overwhelming my senses with the tauntingly familiar perfume, a blend of ambergris and sweet incense with nuances of tobacco and wood—attar of Ahmed Ben Hassan, Sheik of the Sahara. THE SHEIK RETOLD

Mod
Here is my vision of my heroine, Diana Mayo from 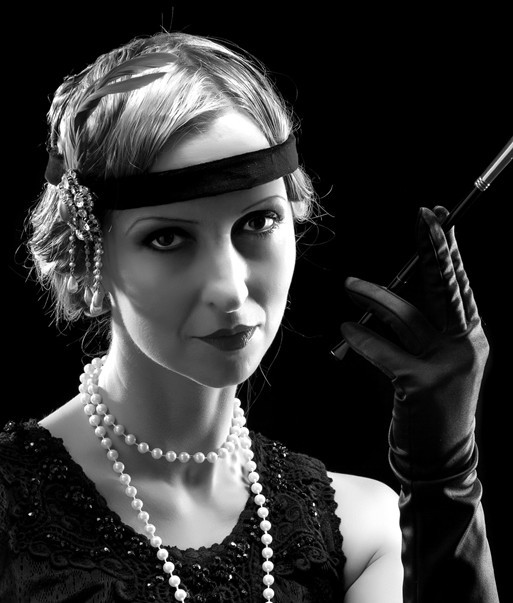 You have me hooked already!

Mod
Terry wrote: "You have me hooked already!"

Hi Terry,
This story has been a true delight for me. I can't wait for its release and hope you all will help me spread the word. XO Victoria

Victoria, the excerpts are just enough to whet my appetite! Love the picture of your heroine!

Mod
Carol *Young at Heart Oldie* wrote: "Victoria, the excerpts are just enough to whet my appetite! Love the picture of your heroine!"

I love her too. Spoiled, rich, and disdainful.I think she is perfect!

The Sheik Retold (other topics)