reply | flag *
message 16: by [deleted user] (new)
Mar 09, 2013 07:32PM
Full Name: Amber
Gender: Female
Age:16
Birthday: August 3
Personality: She is very outgoing and sweet. She doesn’t exclude people, she gets along with most people. She is very sweet and kind. She isn’t very smart though, at all. She gets C’s and D’s, and she can’t help it. She is very athletic, and plays many sports. That doesn’t help her do homework when she is always busy with the sports.
Interests: Sports, any sport
History: tbrped
Family Her mom, dad, and her older brother.
Pets: A dog, two cats, a hamster, rat, and a turtle.
Other: She loves sports and animals, hates music. Well, hates making music.
Appearance: 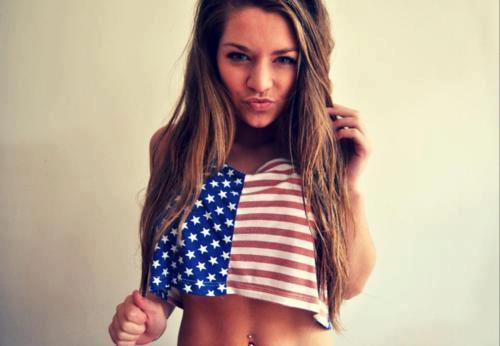 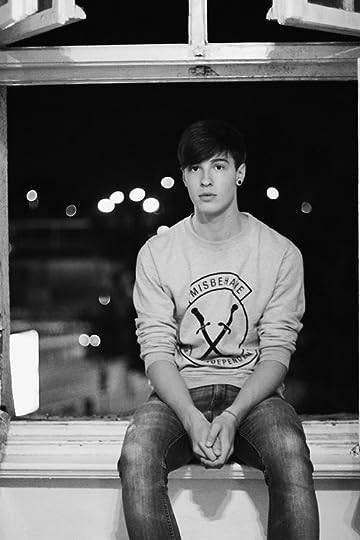 his hair is cut short, for now. His dark hair always looks just perfect, always in the right place. He has a muscular body, he works out regularly. He stands at 5’10, not short at all. He usually wears a casual t-shirt that hugs him just right, and black pants that aren’t to tight, or loose.

Personality: He is considered a badboy. And for good reason, too. He is the typical badboy ,that makes girls swoon. He usually ignores girls, even though he dates many different girls a year. His girls he usually dates are the pretty girls, that will have some fun with him. He really hates the annoyingly perky girls that never stop talking, even if they are gorgeous. Jacob is considered hot, by almost all girls, at least in his high school he was. He’s still trying to maintain his badboy reputation, though it's been hard lately, because he can't exactly go to the types of bad parties most people steer clear from, since he transfered to the all boy school last yet. And yet he is without a doubt a virgin, he is not rash with his relationships.
History:He’s had a pretty rough life. Before about two years ago, when his mom re-married his wealthy step-dad, things had been bed. They had barely had enough food, barely enough clothes. That is, in part, when he not only tried to act like a badboy type, but became one. He didn’t think of himself as better than other people, just got angry at others more easily than he used to. His only soft spot is for his younger sister, he loves her so much. The rest will be rped!
Crush:Will have one soon…. teehe
Family:
- His mother Ann, 55
- His father Bill, 56
-His younger sister Bella, 11 years old.
Pets: His sister has a hamster

Oops! Sorry I didn't see this :/ and um.... could you pretty pretty pleeeease? XP

Oh alright, I will. Do you have to go now?

reply | flag *
message 23: by [deleted user] (last edited Mar 10, 2013 08:27PM) (new)
Mar 10, 2013 08:20PM
Amber walked into school; the first day for the school year. She smiled as she looked around at all the familiar faces, some not so familiar. Those must be the freshmen's, she assumed. The newbies. Amber smirked to herself. This year, she was a senior, and she was determined to make it the best of her four years of high school. She wanted to still have good grades, especially because she wanted to go to college next year, but she also wanted to have some fun. Amber sure didn't want to be like some people; all up-tight and never relaxed. That just didn't seem like fun.
It was humid in the school, and she moved her shirt out and then back in slightly though it was of no use. She was going to feel hot all morning, at least, until the air conditioner finally kicked in. Amber walked over to her locker, saying hello to a few of her friends as they waved to her and flashing her flirty smile to the cute guys that were always looking at her. She did her combo easily, the locker clicking into place and opening without a problem.
__________

Jake walked into school with his usual swagger, not looking the girls that were staring at him right in the eyes. Otherwise, they may get the wrong idea. That's what he thought at least. He felt hot in his clothes, though he was grateful he was at least wearing a thin t-shirt. Better than a thick one that'd make him sweat. Jake was still wearing his jeans that somehow he pulled off so well, like he always did.
Jake finally did look over to a few girls; the really cute ones. The girls he'd had his eyes on for a while now. Jake greeted some of his buddies, though he didn't act very excited. This was the first day of school, after all. He didn't see why some people got some excited because of it.
It was school. The first day. So what? They should all be depressed and bumming out, he thought at least. Jake walked up to his locker, swinging his backpack out from his back to his spare hand while he did his combo. He could just feel the eyes on him, the eyes of girls. Both beautiful and not quite as pretty, probably. Right now he found it quite annoying instead of amusing like he sometimes did.

Jake and his friends didn't even go to their lockers yet. They weren't planing on ditching though, for once. It was like some unspoken rule not to ditch on the first day, no mater how boring it was. Jake made a joke about a nerdy boy mist guys teased and gave a hard time to, and his friends laughed. It was funny, but not.... funny. Not in a good-humored sort of way at least. Jake smirked his signature smirk, the smirk an endless amount of girls somehow fell for. It was like a pattern, every year throughout high school. Jake was cocky and arragont enough to believe that it would continue through collage... that is, if he went to collage. He didn't know if his grades would allow him to be accepted, and if there'd be enough money....
Despite his outer appearance, the cocky heir he wore, he had emotions and feelings.

reply | flag *
message 26: by [deleted user] (new)
Mar 15, 2013 09:39PM
Amber turned around just as she'd gathered a few books for her first class, already grinning at the firmiliar voice that stood out to her among the crowd. "Hey Danny!" She called to him, using the nick name she'd deemed fit for him as a kid, years ago when they'd met.
At firs they hadn't gotten along so well... they'd had some childish fights, but gradually they had learned to accept each other when they were around eleven. By thirteen, they were close, and one could say best friends. She beamed at him, wishing she could just hug him there even though it hadnttbeen too long since they'd seen each other; a few weeks at most. For Amber a few weeks felt like eternity, though, when it came to her Danny.

reply | flag *
message 29: by [deleted user] (new)
Mar 16, 2013 09:51PM
"I missed you too!" she said grinning up at him. Amber then did a light shrug. "eh, fine I guess. I did all the back to school shopping for supplies stuff," she said. "yeah, it was pretty boring," she added looking at him with a knowing expression. If she didn't add that it had been boring, she knew he would have had no problem with stating his sometimes rather loud opinion. "and now... we have school!" she announced with false excitement. Then she rolled her eyes and leaned against her locker. "So how've you been, huh? Any cute girls caught your eyes since the last time we talked?" she asked and winked at him.

reply | flag *
message 30: by [deleted user] (new)
Mar 16, 2013 09:59PM
Finally Jake and his friends had enough to sense to depart and quickly grab a few things from their lockers, and then walk to class obviously "fashionably" late. He sat in one of the open seats in the back, not in the corner exactly but also not in the center. He looked around at his classmates, already making a list of which classes it'd be worth it to get in trouble in. Jake then scanned all the longer haired heads.... the girls. He smiled slightly and wondered how many dates he'd score himself this year.

reply | flag *
message 31: by [deleted user] (new)
Mar 20, 2013 12:47PM
Katie~DO DA GRIMMIE FINGERS!!! wrote: "Finally Jake and his friends had enough to sense to depart and quickly grab a few things from their lockers, and then walk to class obviously "fashionably" late. He sat in one of the open seats in ..."

Katie~DO DA GRIMMIE FINGERS!!! wrote: ""I missed you too!" she said grinning up at him. Amber then did a light shrug. "eh, fine I guess. I did all the back to school shopping for supplies stuff," she said. "yeah, it was pretty boring," ..."

Amber smiled at him and blushed a bit. "Well that's still not Saying much," she joked with a flip of her hair, "I am after all pretty sexy."
Amber smirked at him, obviously joking. She wasn't one of those snotty girls that thought they're so much better than everyone else.

Jake walked into third period class. He walked over to the back of the room. Dammit, he thought. In this class he had like no friends.

reply | flag *
message 36: by [deleted user] (new)
Mar 29, 2013 06:13PM
Amber waved to some of her friends, who winked at her once they saw Daniel. This always happened. At the beginning of the year, everyone would just assume they had a summer fling that had somehow still lasted until now. It was quite annoying. She rolled her eyes and looked up at Daniel with a small smile as they passed a few classes.
____

Jake decided he'd pick out all the ugly and cute girls in the class; that was just how mean-spirited he could be. He looked around the class, smirking slightly when he noticed the slut of the grade looking over at him. He honestly wasn't interested in her... all she wanted was sex, ironically. He looked at the girl in front of him. Yeah, she was cute....

Amber smiled pursed her lips. "Aw really Daniel? Is this necessary? I think our fans will get the wrong idea," she said coyly.
___

Jake sighed, not even listening to the teachers. He had no idea what she was talking about until she called his name, and then Charlotte's. He looked up, quite startled, and then slumped in his seats.
"Go meet up with your partners, now!" the teacher ordered.