Gender: One can only guess.

Personality: The ONLY Thing that has been witnessed is Grott being Relentless in chasing his targets, Suggesting a Bloodlust, a need to kill, resides within him.

History: Grott was always a Brute, He Was Created to be A Superior Killing Machine, Made from the Flesh of Animals and Other Brutes like him, A "Bag" Was Made to be his head, the rest of him would appear human, He was armed with a Chainsaw, and set loose as what he was meant to be, a Killing Machine, his appearance is different from other brutes, but he maintains their speed and strength. 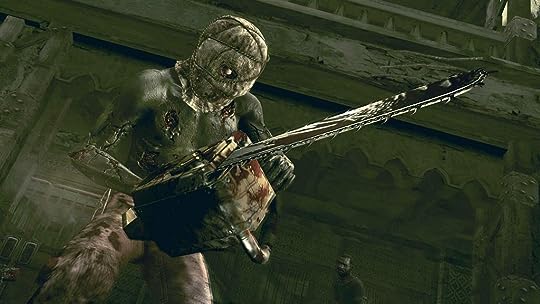 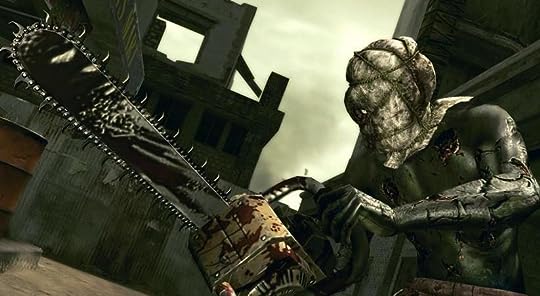 Likes: He appears to be fond of the Darkness, always attacking from a non-lighted area.

Dislikes: He Seems to show signs of reluctancy whenever there is mass amounts of light around, he usually searches away from those areas, a Tactical flaw on his part.

Personality: In his current state, other than showing a Display of hacking his victims apart like a Rampant Creature, Nothing really can explain his personality.

History: Kosus was formerly just a Regular human, of course, He was one of many victims, He happened to Wake up in a Cell, having no idea where he was, only to be Slaughtered by a Chainsaw mere Seconds Later, it was Grott who killed Kosus, And later Kosus's body was experimented on, transformed, turned into what he is today. 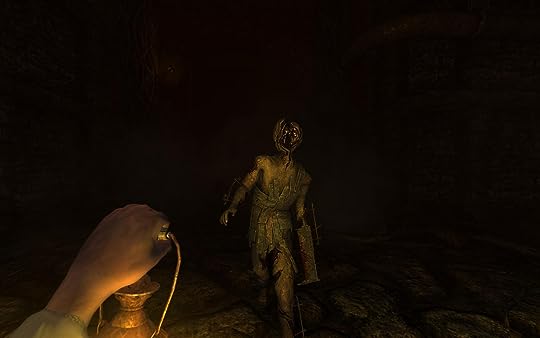 Likes: He seems to like Hacksawing his Victims to pieces when he kills them, showing a sign of taking a Twisted Pleasure in ripping apart someone.

Dislikes: He doesen't show much, but judging by his behavior with Corpses, he does not like leaving all limbs in-tact on his victims, it seems.