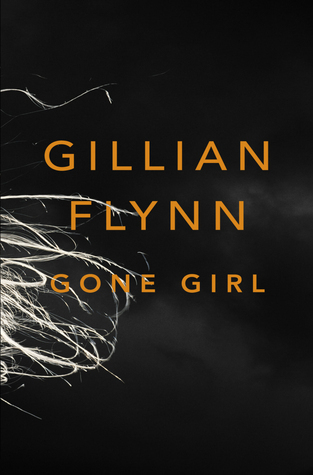 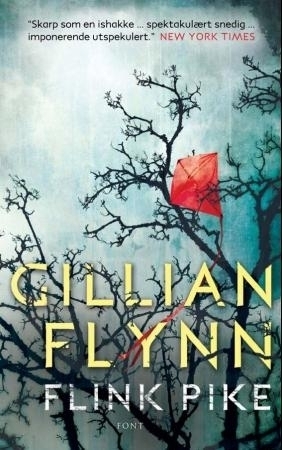 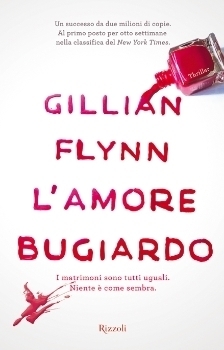 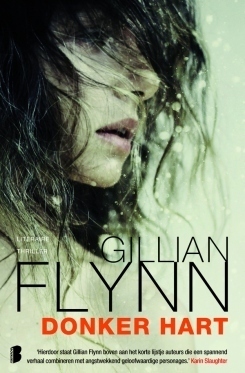 This topic is open for discussion of Gone Girl. Be prepared for SPOILERS.

Synopsis:
Marriage can be a real killer.

On a warm summer morning in North Carthage, Missouri, it is Nick and Amy Dunne’s fifth wedding anniversary. Presents are being wrapped and reservations are being made when Nick’s clever and beautiful wife disappears from their rented McMansion on the Mississippi River. Husband-of-the-Year Nick isn’t doing himself any favors with cringe-worthy daydreams about the slope and shape of his wife’s head, but passages from Amy's diary reveal the alpha-girl perfectionist could have put anyone dangerously on edge. Under mounting pressure from the police and the media—as well as Amy’s fiercely doting parents—the town golden boy parades an endless series of lies, deceits, and inappropriate behavior. Nick is oddly evasive, and he’s definitely bitter—but is he really a killer?

As the cops close in, every couple in town is soon wondering how well they know the one that they love. With his twin sister, Margo, at his side, Nick stands by his innocence. Trouble is, if Nick didn’t do it, where is that beautiful wife? And what was in that silvery gift box hidden in the back of her bedroom closet?

With her razor-sharp writing and trademark psychological insight, Gillian Flynn delivers a fast-paced, devilishly dark, and ingeniously plotted thriller that confirms her status as one of the hottest writers around.

Hold onto whatever! This is one astonishing read. I'm very interested in the discussion this book will generate.

I just picked this up yesterday while at the library - cant wait to read it...it has been all over several of the bookgroups Im in.

You guys are going to have a good time reading this! It's a Mr. Toad's Wild Ride type of book.

Suspense thrillers are better when it is read in group. That means I am in for this one too :)

Mod
I've been saving this one for a book club I'm in that is meeting in April, so perfect timing! :)

I just read this in January!!! I will have to check in on you guys and see what everyone thinks!! Zipping my mouth now so I don't give anything away. :)

I've tried reading this book several times and I just can't get into it! But since it's a book I own already maybe I'll be able to read along with everyone and actually finish it. I keep hearing great things about it and I have read two other books from this author, but I can't seem to get myself to pick it up and read it. Let's hope this works!! :)

ok...so Iread this and loved it....although it took a while for me....Once I got more into the mystery of what happened....I really enjoyed it :)

Jessica wrote: "I've tried reading this book several times and I just can't get into it! But since it's a book I own already maybe I'll be able to read along with everyone and actually finish it. I keep hearing gr..."

Catherine wrote: "Jessica wrote: "I've tried reading this book several times and I just can't get into it! But since it's a book I own already maybe I'll be able to read along with everyone and actually finish it. I..."

Took me about 5 days to read. I loved it! But I so agree about the ending!

You're in for a treat with this one!

Everyone is making me so excited to read this book! I cannot wait!!

Have heard this is a really suspenseful read. Can't wait to see what everyone thinks.

I am a giant fan of Gillian Flynn, so count me in! I haven't gotten to this one yet.

I read this one but I can't wait to see what you guys think of it! I'm always excited to talk to people about it. Okay, shutting up now before I ruin something!

For those of you that have read the book already or don't mind spoilers, Gillian Flynn is doing a video interview on Goodreads on April 10th @ 11am - For invite details you can CLICK HERE

I have been wanting to read this book so I was so excited that it won BOM. I went to my library which the longest waiting list I have ever seen there was 4 people but for this book 181 people! That is insane!! I didn't even know 181 people used my library!

I have to say...I already read this....and really enjoyed it...except I wasn't too keen on the ending. I think the ending could have been much more than it was. I will be back :)

I have 3 versions of this on hold: regular, large print, and ebook, none of which is a short line. I'm 116th in line in the shortest line and 699 in the longest. I think 699 is the longest I've ever seen a library hold line (that's for the ebook).

Mod
I ended up buying it as an ebook as I had it reserved for months at the library with no luck! I started it today as this is our book for my book club on Sunday, but I will join this discussion where I can without giving spoilers :)

I read this book last year. Can't wait to discuss.

That is an excellent review Taly! And very accurately describes Flynn's style. I'm a huge fan of hers.

Mod
Zanahoria (Taly) wrote: "I saw a very interesting review about this book and others form this author, and got curious, if a bit wary. I'll join."

Cool review. I enjoyed this book, but I don't know that I'd read any more of hers. Maybe after a bit of time has passed :)

I was planning on reading this book for the buddy read, but currently at my library it was like 850 holds and I'm like 830.

Mod
Yeah, it is crazy how popular it is. I ended up downloading it on my kindle for our book club as I had been on the library list for months

I had never even heard of it before, probably because it's an adult book. XD

Mod
Yes I know what you mean... sometimes you get caught up in certain genres and popular books just kind of pass you by :)

Yeah. XD With my it's always either sci-fi, action, historical fiction, or fantasy. I basically only read YA, and the adult books I read are James Patterson and Jodi Picoult.

Mod
Good choices! Have you read Unwind? We are doing a buddy read of the 2nd in that series (unwholly) in a few weeks. Great YA dystopian novel. :)

Lol I have actually. Funny you ask, because I'm actually reading UnWholly now as a buddy read with Vicky. XD It's amazing. I hope you enjoy it as much as I am.

Just in time for this, my hold came up at the library today! Now, to remember to start it on the 22nd or thereabouts. So many other books on my plate thanks to challenges, lol.

I'm going to grab my book and divide up the reading.

Starting now, I just bought the eBook, I'll start bookmarking since I get carried away ;)

Now I get why I have a book making feature in my reader. I have always thought what is the use since the page we have left off is stored. Thanks, I am going to do my own bookmarking instead of checking the schedule every now and then :)

Let me know if you need more information for the start and stop points than just the first and last sentences. Although there are no chapter numbers, each beginning and ending point are at the beginning and ending of the chapters which alternate between Nick and his wife Amy's perspectives.

Lol, those little sentences make me even more intrigued to find out what the heck is happening in this book!

1) So what do you think of the two different points of view we're getting? Nick's sounds like he's reminiscing about the past from a future perspective while Amy's is given from a past perspective. What we know is that Amy is missing so I guess at this point her diaries are the only perspective we'll probably get. Do you like how Nick's story begins with the disappearance and Amy's starts with their first meeting?

2) What do you make of Nick moving Amy away from all she knew and then using her money to buy the bar?

3) Sounds like the marriage was on the rocks. We get statements from Nick like:
"There's something disturbing about recalling a warm memory and feeling utterly cold."
**and**
The "Just like Nick" spiel.
**and**
"It was my fifth lie to the police. I was just starting."
**and**
"It had been an awful fairy-tale reverse transformation."

Do you think he did it?

4) We get three insight's into Nick:

Nick's: I'm a working-class Irish kid trapped in the body of a total trust-fund douchebag."

What is your first impression of Nick?

5)Did you get the impression Nick really didn't know his wife? Even from the first page he says he wonders what she thinks. I thought the wish to unspool her brain rather odd. Plus his love of the back of her head.

6) Did you think it was odd Nick kept putting off calling Amy's family?

7) "My wife loved games, mostly mind games, but also actual games of amusement, and for our anniversary she always set up an elaborate treasure hunt, with each clue leading to the hiding place of the next clue until I reached the end, and my present." What did you make of Amy's treasure hunts and Nick's reaction to them?

9) What do you think of Nick and his sister Go's relationship?

ilovebakedgoods (Teresa) wrote: "LOL, yeah, it's like, "Good morning...come home so I can kill you." LOL, how friendly!"

lol They can be really misleading when you actually see the sentences before them. Let me just say I was thrilled there were small sentences at the beginning and ending of the chapters.

I just started reading it today (forgot yesterday was the 22nd) so I'll try to catch up to at least the first portion of the Q&A after work! Page 14 and I'm already interested. She's a very good writer.

ilovebakedgoods (Teresa) wrote: "I just started reading it today (forgot yesterday was the 22nd) so I'll try to catch up to at least the first portion of the Q&A after work! Page 14 and I'm already interested. She's a very good wr..."

Teresa, Today is the 22nd and Earth day to boot. You're right on schedule. :)

*snort* Shows you where my brain is!! Okay, off to work. Hoping to get a good chunk of this read on my piddly 15 minute break.

I am so excited to read this book with everyone. I just started and am loving the way she is setting everything up!