name: Altaria
age: 16
appearance: Long black hair with an orange stripe going through her bangs, which fall over her dark blue eyes. She's tall for her age. She has pale skin. She wears an orange tanktop and black skin tight pants. Around her waist is a belt made specially for her weapon. Above that layer she wears a black cloak similar to Organization 13 but it has orange marks on it. She usually has her hood on unless she's talking to a certain someone (who you will learn about in her history).
Personality: Carefree, brave, strong, a little full of herself, anti-social, obediant, annoying, dark, and secretive, hidden soft side.
weapon: a Kama (looks like a mini scyth) that handle is wrapped in gold ribbon. The chain with golden with a golden orange six pointed star. It's called The Star of Hope.
History: abondonned as a child, but was found by a a bunny who was at the time the same size as her. He explained that he was the King of the Forgotten and that he'd take her in. She thought that she should owe him, so when she became old enough, she took the position as his body guard and that;s exactly what she did. Being abondonned as a child has given her a tough shell and the only person she trusts is her king, who happens to be brothers with King Mickey (Kayla can you guess who it is XD). The only time she's out of the shell is when she's playing with the king's many children.
friends: she doesn't have any
crush: none
Likes: Protecting the King of the Forgotten and his kids and the queen.
Dislikes: pretty much everything else.
other: she knows of King Mickey and he knows of her. 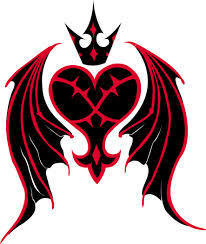 Band of Heartless:((Three of these guys)


and how did you get your pictures to do that XD

maybe it 'll work now with this url XD

try a url from google images

I'm gonna stick with copying and pasting the urls... 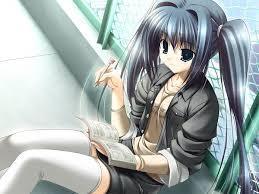 Personality: Quite, calm, and nice.
History: She woke up in the same place her brother did. And yes She is the one who pushed her brother.Her last words to her brother was "I love you big bro".She said and pushed him.She passed the trails and became a Key Blade user.She lived her life helping people and ranking up untill She became one of the Genarals of the king.
Weapon: 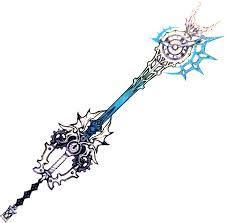 Why do they have to be Rabbits?

Because the king is Oswald the lucky rabbit. Did you even read the top comment of the forgotten kingdom topic explaining it?

name: Eliza
age: 5
appearance: [image error] Mermaid Form [image error]
Personality: TBRP'd
weapon: None
History: Unknown
friends: None
crush: None
Likes: Her big sister, though in her opinion she's her mother, because their mother left after she was Born
Dislikes: Heartless
other:

Name:xivor
Age:unknown
Appearance:he always weres the organization cloak so you can't se his head but under the cloak he has blue eyes and blond hair
Gender:male
Personality:he is only barley nice even to the rest of the organization
History:unknown all he knows is that he is part of the organization and he was sent out to find keyblade wielders
Weapon: a cutlass that has mark on it in the shape of an x
Friends:none
Liked:nothing
Dislikes:pretty much everything
Other:he fights alone

((wrong weres I meant this one wears))

Yay do you want to rp?

Name: EloCia Pyrim
Age: 22
Appearance:http://www.google.com/imgres?imgurl=h...
Gender:male
Personality: He is a strong and silent type most of the time. He may talk but not much.
History: Younger brother of Cloud. He actually went through SOLDIER and was with them when Sephiroth turned.
Weapon: A katana or broad sword
Friends: Cloud, Tifa, Leon
Liked: Fighting
Dislikes: Sephiroth and idiots
Other:he fights beside anyone who won't try to kill him.