Please wait for characters to be approved

Relationship status: (Single / Taken: If so by whom?)

Eye Color- In the picture she is wearing color contacts, her real eye color looks like: http://fc06.deviantart.net/fs71/i/201... when she is not hungry, and like this: http://www.youknowit.com/img/products... when she is hungry.
Hair Color- blonde with a very light brown tint to it for beauty purposes. She also darkened her roots to brown.
Height/Body Type She is six feet tall. And her body is very slender and she is agile.
Distinct Feature- her eyes
Blood-type- She is a vampire, so she doesn't have any blood, besides what she drinks, and that is animal blood.

Special attack: Pouncing on the opponent.

Magic(?) powers / Traits: Running (or super speed), jumping, climbing, she has the special power to cause pain to others without touching them.

Personality: She is kind and tries not to use her special power unless completely necessary. She loves to train people to fight, and she reduses to drink human blood.

Fears: Her husband dying, or her daughter Beth

Teacher or Trainer: A Delicious Combination of Magical Training and Teaching. 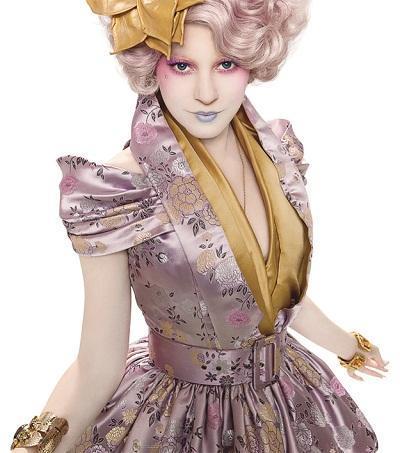 Talents / Skill:
Magic
-Her main skill is healing magic and potions coupled delightfully with protective charms and spells.
-Secondary skill is augmentation magic, which means her spells make others more powerful than what they were before.
-Her smallest skill set is offensive magic as she sees no need to cause too much pain, but it is still there and usually involves water or fire.

Weapon:
She has two
A small red stick she refers to lovingly as her Rose Wand
and
A Pink Bow with heart-shaped arrows that she calls Cupid's bow, although these arrows don't cause love so much as death.

Special attack:
Her favorite thing to do in a fight is create a magical shield around her that knocks back attacks against opponents.
Besides that she also has one extra trick spell up her sleeve that is of her own invention. She doesn't like to kill, but if she must, she must.
She calls it "Dehydration" because it literally sucks all the liquid from the affected individual until they dry up into dust. Most counter-spells won't work because it was never meant to be an attack.

Magic(?) powers / Traits:
Explained above under Talents/Skill.
But a more general analysis is that she is a witch so she can cast spells and bewitch broomsticks and other cleaning products to fly her around.

Personality:
What can one say about Ellesmera that isn't already seen in her dress and speech?
She's almost always upbeat, optimistic, and happy about everything while maintaining a strict dignity coupled with manners and politeness. One can hardly find a more kind and thoughtful person as she. I mean, even her repertoire of magic is always defensive and helpful.

Her fashion and style is quirky to say the least, each wardrobe representing a single color to the extreme, going so far as to bewitch her hair and eye color to match. Her very first day will always be a soft pink though, to show how feminine and proper she is. After that it could be anything from opal white to ox-blood red to obsidian black.

Her teeth are a subject of fascination though.
They are a nearly creepy dazzling white that shines in moonlight more than sunlight. They also appear to be a bit sharper than normal; whether that's a fashion trend or a defense tool is hard to tell, but her bite is going to be worse than her bark, I'll tell you what.

She has an addiction to small furry adorable creatures like kittens, but an abhorrence to any smelly, disgusting creatures like Sasquatch and Blast-Ended Skrewts. Such repugnant beings they are...

Sexuality: Currently Asexual, but that doesn't mean she can't change.

Fears:
1. Her greatest fear is that when she dies, she will create an awful mess for someone else to clean up.
2. She fears one color more than any other, but she doesn't tell anyone. It's just so disgusting and weird...

Joys:
1. The colors pink and blue.
2. Mahogany.
3. Small furry creatures that are adorable... like puppies and kittens.

Hobbies:
1. Ice-Sculpting.
2. Spell Invention - Sadly most don't turn out, but her Dehydration spell was a dazzling success!
3. Color Change - A game of her own invention. You change an object's natural color to something strange and watch everyone gawk and stare. :D

Yea she is fine