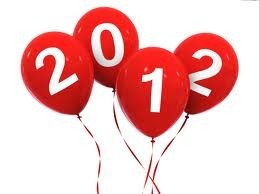 I Scored Wolverine:
Suffering from amnesia, Wolverine is a loner searching for (or perhaps running from) the secrets of his past. With his healing abilities, animalistic senses, retractable claws, and unbreakable bones, Wolverine is the ultimate weapon. He finds it difficult to work with a team but finds love and acceptance with the X-Men.

On the Cover Challenge 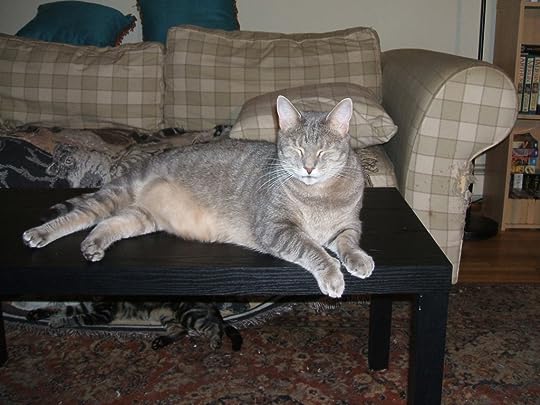 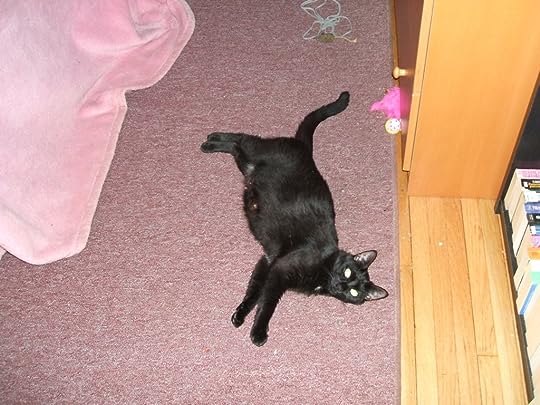 MINNIE: Minnie is the Mama of all but Cuddles (who is not the father). All four kittens from same litter (now 14 months old). This picture was taken one week before she gave birth. 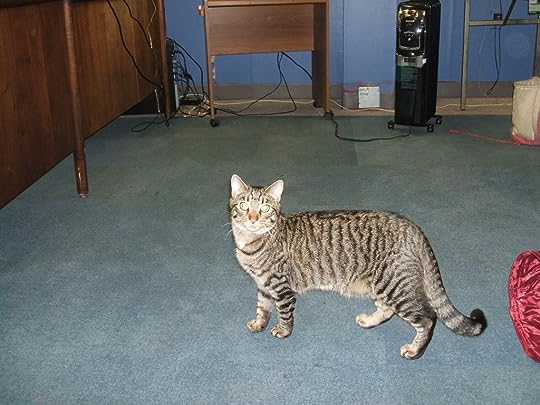 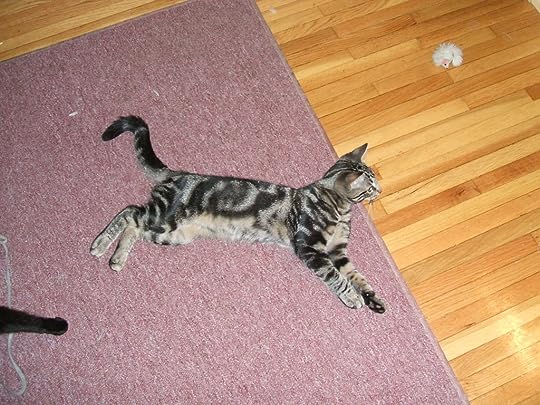 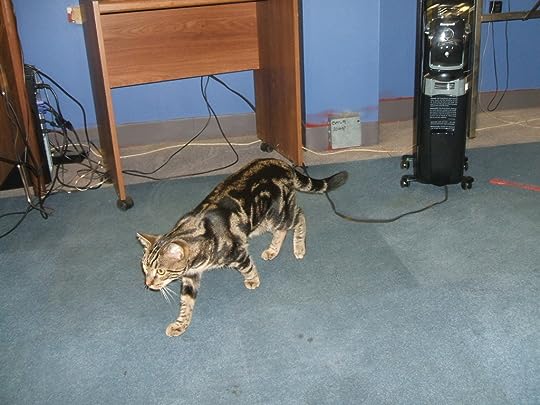 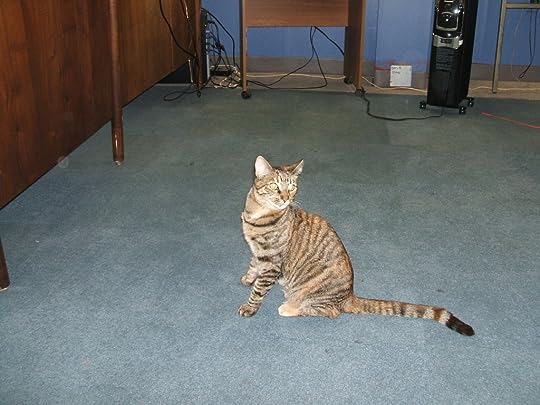 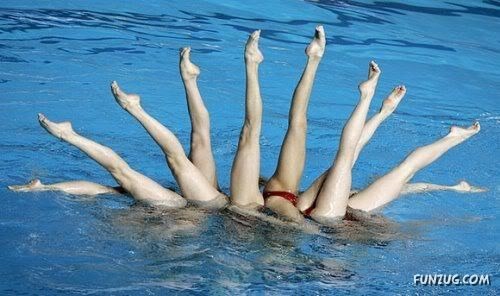 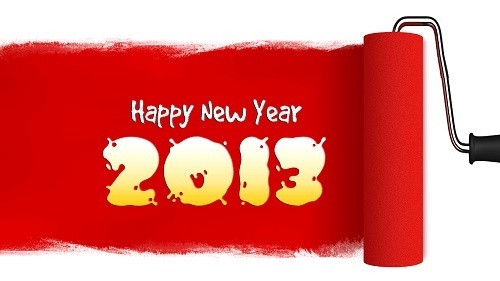 1. Spring colors on the cover
✔The Lightning Thief - Rick Riordan 4/30 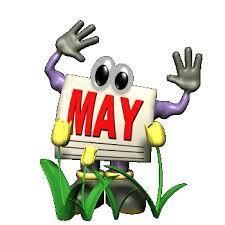 ✔1. Save the Rhino Day - May 1 - Read a book with a rhinoceros (or any large animal) on the cover OR a book set in Africa or Asia.
Small as an Elephant - Jennifer Richard Jacobson (elephant on cover) 5/9

✔2. Lumpy Rug Day - May 3 - Read a cozy mystery OR a book with a rug/carpet on the cover OR by a author whose first and last initial can be found in LUMPYRUG.
Bookplate Special - Lorna Barrett (cozy mystery) 5/4

✔3. Bird Day - May 4 - Read a book with a bird on the cover OR by an author with a bird name in their first or last name (ex: Robin Hobb, Karen Hawkins).
Phoenix Rising - Philipa Ballantine (a phoenix is a bird) 5/2


✔4. National Candied Orange Peel Day - May 4 - Read a book with a piece of fruit on the cover OR with an orange cover.
When the Lion Feeds - Wilbur Smith (orange cover) 5/10

✔5. No Socks Day - May 8 - Read a book with feet/legs/socks on the cover OR with socks in the title or author's name.
Girl of Nightmares - Kendare Blake (legs without socks) 5/8

✔6. Clean up Your Room Day - May 10 - Clean up your TBR and read any book you choose.
The Mysterious Benedict Society - Trenton Lee Stewart 5/14

✔8. National Escargot Day - May 24 - Read a book whose main character is a chef or in the food industry OR takes place in France OR with a shell or a snail on the cover.
Chopping Spree - Diane Mott Davidson (m.c. is a caterer) 5/5

✔9. Sally Ride Day - May 26 - Read a book with something you can ride on the cover (a bike, motorcycle, horse, etc) OR with an author or character named Sally.
Tin Swift - Devon Monk (dirigible on cover) 5/31

Category 1: Spell out any supernatural creature using the first word in the title or the author's first or last name.

Hanukkah
✔1. Eight Crazy Nights - read a book with "crazy" or "night(s)" in the title OR a book that is #8 in a series OR a book with a music theme (musician/concert/musical instrument on the cover etc) OR read a book set in New Hampshire.
Fifth Quarter - Tanya Huff (musical theme) 12/11

✔3. Agent Emes and the Happy Chanukah - read a book with a secret agent/spy OR a book with "happy" in the title (happiness would work too) OR a book that is part of a series but not the first book.
Finding the Lost - Shannon Butcher (Sentinels #2) 12/29

Mod
I can see why you'd say no to most you crossed off, but I was shocked by the Snyder being nixed. What have you read from her before?

I'm stuck on this challenge. The ones that are left are one's I'm not excited to read.

Me either which is why it is still pending.

I like Snyder but I read the first book in the Study series and totally hated it. The premise of the story is offensive to me and I won't continue the series. But don't take my word for it because other people absolutely love it.

However, her Insider series is very good and I have her Glass series on my TBR but haven't got to it yet. 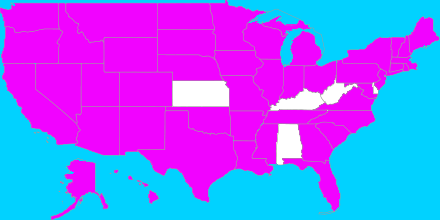 I've previously read 26 of the books on the list and will read 4 others (the only ones I could stomach) to complete this challenge.

Books from 1990-1999 list:
✔1. Earth’s Children (series), by Jean M. Auel
The Clan of the Cave Bear
The Valley of Horses
The Mammoth Hunters
The Plains of Passage
The Shelters of Stone
The Land of Painted Caves
✔2. The Outsiders, by S.E. Hinton
✔3. Deenie, by Judy Blume
✔4. Cujo, by Stephen King
✔5. Ordinary People, by Judith Guest
✔6. Sleeping Beauty Trilogy, by A.N. Roquelaure (Anne Rice)
The Claiming of Sleeping Beauty
Beauty's Punishment
Beauty's Release
✔7. Lord of the Flies, by William Golding
✔8. Carrie, by Stephen King
✔9. The Adventures of Tom Sawyer, by Mark Twain
✔10. Christine, by Stephen King