Mod
Name: Cassie
gender: Female
Age: 17 1/2
Appearance/ link: http://www.google.com.au/imgres?q=Sec...
Personality: To be roleplayed
Likes: TBA
Dislikes: Werewolves, Vampires, evil, secrets of hers being revealed.
Specie/werewolf/human/hunter/other: Witch and maybe turned as a werewolf
History: Born a witch, Has had an age old feud with Werewolves and Vampires. So she hates them for killing off their family members and their family is friends with the hunters who hunt their kind.
Staus (Single or not): Single
Powers are optional: Like her father, she posseses the power of the elements of magic and Teleskins. She can cast spells.

Mod
((You can be anything you don't have to be a werewolf. But I would appreciate, if you could make at least two characters for this role play one a supernatural and the other human. Thanks.))

Name: Ravel
gender: Male
Age: 18
Appearance/ link: http://m829.photobucket.com/albumview...
Personality: To be role played. ;)
Likes: Silence, hunting, his revolver
Dislikes: Loudness, brightness, prey getting away, werewolves
Specie/werewolf/human/hunter/other: hunter
History: Grew up in a happy fall, but his family was killed by a bunch of rogue werewolves and he swore to kill them all.
Staus (Single or not): Single.
Powers are optional: Skills (speed, stamina, strength)are better then an average human being.

Thanks. XD Cassie sounds cool too.

Mod
Name: George
gender: Male
Age: 40
Appearance/ link: http://www.google.com.au/imgres?q=cha...
Personality: To be roleplayed
Likes: Peace and tba
Dislikes: Werewolves and all things evil,disloyalty.
Specie/werewolf/human/hunter/other: Warlock and hunter
History: Born a warlock as well, father of cassie, he hates Werewolves because they killed some of his family members and knows of his family cultures and follows the code that he and the hunters of the werewolves made a code. Only to hunt evil if has proof of the death of innocents, he's also sworn to keep magic and werewolves a secret. But his daughter makes it hard to do so.
Staus (Single or not): married.
Powers are optional: The elements of magic and Teleskins. Can cast spells like his daughter.

History: She live wit her parents until a vampire killed them now she just have her lost sister and they swore to kill the vampire who did it.

Staus (Single or not): single

Powers are optional: she can use and attack with fire

Mod
Hi Welcome Louise! I'm looking forward to see your character in the roleplay!
What's a Werewolf Neko?
Is it a werewolf who has powers other than the usual powers a wolf gets?

maybe i should have ask firt if i could be a wolf neko uhm its looks liek a human but it have ears and tail .__. if i can't be that i can be a werewolf instead

Mod
No, you can be a werewolf, if you want. Perhaps, a werewolf neko could be a wild werewolf that lives in the mountains. They rarely seen in the human world and if you like, they can be shapeshifters, who are able to be seen as humans, but are werewolves within. Also this wild werewolf Neko has one extra power which is fire. Also has the power of the werewolves, you know the heightened senses, sight,smell, hear and strength and speed.
I have wrote a cue for you, using my character Cassie.
So, please join in!
Welcome to our group!

Mod
Haha, don't worry too much. It takes practice until we're experts at it. Just let the role come to you and play your character, how they would speak, what they say, how they act. Just be them, then you'll be good. We'll be there to help you or guide you. Trust me, it took a few times for me to get good, I wouldn't say, I'm an expert, but I do it because I love it. :)

Mod
I have information about each kind of wolves in the introduction folder. Also when you're roleplaying, please use brackets ((Hello)) to talk to someone. Thanks, I hope you enjoy this, thanks for signing up!

[Personality:] She is not the always the nicest girl on the earth, she is determined to keep her loved ones out of harms way. She is very fiesty since she knows how to hold herself in a fight. She doesn't back down from a challenge and can be called a bitch sometimes. But, she can be nice, don't get me wrong its just she doesn't want to.

She looks innocent, naive, but don't let that fool you she is nothing close to innocent.she is very stubborn, if she makes her mind, you cant change it. She hates being told what to do and is very rebellious. She speaks her mind, not really caring if it hurts someones feelings. She can be nice, but choices not to cause she has been through a lot of betrayal, death and doesn't want to trust anybody. To have her heart stomped on and its hard to befriend or become her boyfriend, because of this. 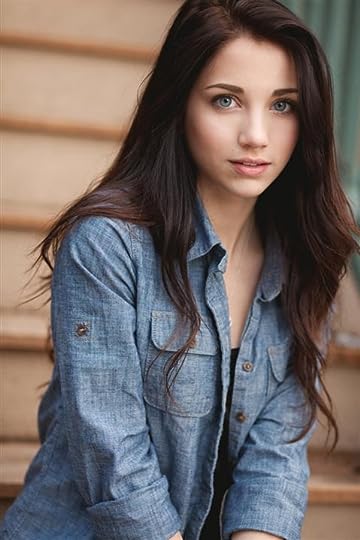 [Dislikes:]
- Being told what to do
- Snoppy people
- Annoying people

Mod
((Is this for the Teen Wolf roleplay or for something else, because the characters from Teen Wolf or Wolfblood must be used only in the teen Wolf roleplays, not others. You could still use her, just change the name if you want her in this roleplay. Thankyou!))