Personality: A tall young man with a calm and able maintain to keep composure in stressful situation. Luck is usually on this side during battle. People usually wonder "I can't decide if he's an idiot or a genius." Some of his flaws are trouble to sleep at night due to the nightmares of loosing his family and a phobia of the ocean. 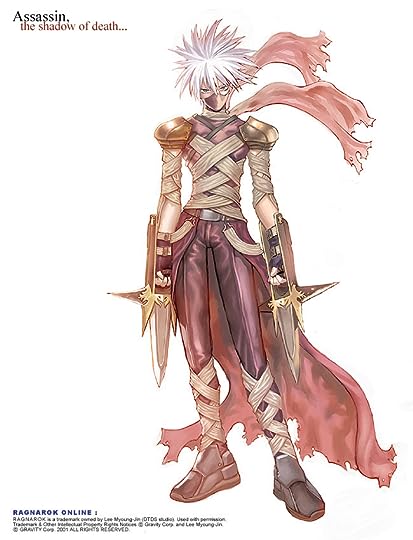 Backstory/Life-Story: After the apocalypse I lost my family my wife Athena and my daughter Eos. It drove me trying to be stronger by training physically and reading any book I can get my hands on. I changed code I live by to protect the innocent. Now searching a new place to live.

Family: They are all dead.

Others: Please let me know if I need to edit anything. Thank you!

How would you rate yourself as a roleplayer?:
Beginner

Thanks! Yes, Please help! I am not sure how to start haha... 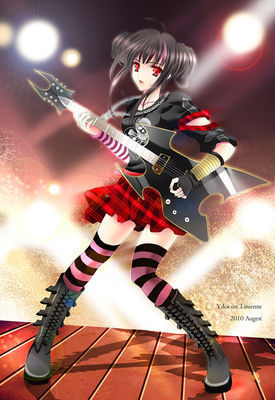 Backstory/Life-Story:Argent grew up with two older brothers.She grew up tough and more of a tomboy,being the only female child.She had a normal childhood until her mother grew ill and died.She lived with her father and brothers.

Personality: Calm, quiet, and independent yet has a lot of fears that mostly petrifies him

Backstory/Life-Story: Jester lived most of his life in humiliation. He never met his parents after he was born and his grandmother took care of him herself. In grade school, other kids pick on him for being thin and small. He was an honor kid, yes, but he doesn't even have friends nor aquantances that exceeds beyond the number of his fingers. By the time he was 10, his grandmother had passed away, leaving him with no choice but to move in with his foster parents. It was hell for him. But then the day came that changed his life: The Apocalypse, as they say. His school had started flooding with flesh-eating zombies, and there was no where to run. But Jester had a better idea than to run: hide inside the janitor's closet. So he did. He sprinted for his life and went inside the small, filthy room and locked the door shut. Shivering, he sat in silence as he heard his classmates and teachers screaming and their flesh being torn apart. After a few hours, Jester de ided to climb out of the window towards the outside world. Squeezing in the narrow window, he crashed down the garbage and landed softly. A few blocks away, he saw groups of people were evacuating to the subways. With this little hope for survival, Jester ran and called for help. The mob saw him and was glad to find another survivor. By then, Jester had finally found a safe haven from the treacherous world. But what happens after 5 years? After his only HOME meets disaster?

Family: He never knew his parents, relatives, nor other kinship.

Others: has phobias for spiders, and is quite picky in food :))

Personality: Has been alone most of life until the zombie apocolypse where he found. (will be back to finnish)

Works for the military...?:

Personality: Very quiet at first at first until you get to know him, then he is talkative and sometimes obnoxious. Often tries to do nice things that usually end up badly. He really likes knives. He also hates it when people confuse "Your", and "You're" as well as "They're", "Their", and "There"

Backstory/Life-Story: Simon Used to live quite well. He had a trampoline, so you know it was great. Until the Zombies came, he was able to rescue his younger sister named Deliah, but their parents were eaten

Works for the military...?: No, and has no plans to either.

School: It burned down

Others: Thinks that he knows how the zombie apocalypse works, since he has played Resident evil, Left 4 Dead, and Half Life.