Mod
Find your charrie a boyfriend or girlfriend. Include:

Members can chose their bf/gfs for their charries.

Personality: She's strict, and dosent tolerate nonsense. She's kind when she wants to. Friendly to her friends. Gets flustered easily with her crush. 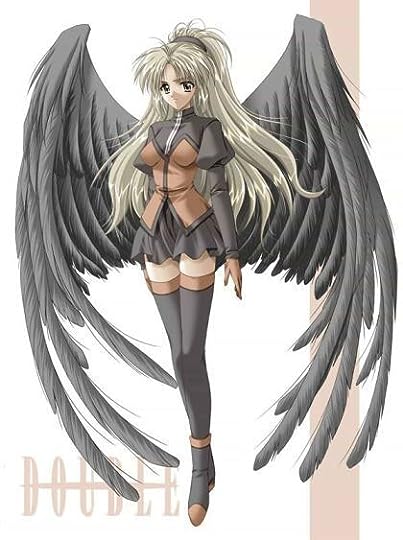 she has olive green colored hair.

Personality: Yukiko is a very warm person. She welcome new people at sight and treat them warmly. If you upset or anger her, she can get very cold towards you, both ways, in personality and in temperature. 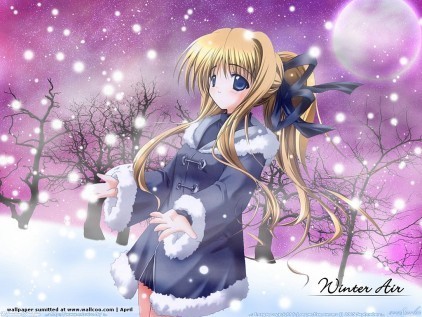 Name: Nathaniel Lee Cress
Nickname: Nathan or Nate
Age: 18 [Eighteen]
Gender: Masculine [Male]
Species: Faerie of Light
Personality: Nate was never the one to socialize among large groups. He was used to being alone and isolated from every that eventually he was used to silence. He very much enjoys silence and prefers to it most people but he can be quite the talker whe he sets his mind to it. On that note, he does - on occasion - fit himself into a social class of individuals who are unknown to the rest of the population, as what Light Faeries are meant to do: be hidden. Which is ironic, because they can make themselves invisible so the saying is quite meaningful. Though when you really get to know Nathaniel, he can be quite the chatter box and likes to go on and on and on about meaningless debates. He's had too much practice with younger siblings to loose one. He may be quiet and serious when you first meet him but Nate can be a very nice guy who would flirt with any girl that catches his attention, which is rare.
Appearance: 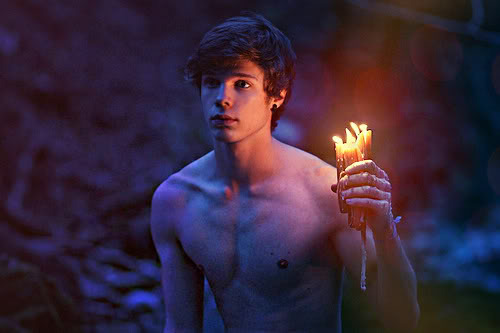 Personality: really sweet. Kind of spunky. Loyal and trusting. Kind of closed. Doesn't like to talk much but she confides In her best friends.


how bout Emily then?

Name: Emily
Age: 16
Gender: female
Species: 74%witch 25%Angel 1%shape shifter
Personality: She is loyal to her friends and is very bubbly. She has a good sense of humor
Appearance: She has flowing brown hair and greenish blue eyes. She is fairly tan and has faint freckles. She also has Angel wings
Teacher or Student: Student

Sorry! Watching a movie. -_- Uh, they can meet in the woods?

Hey Louie! My Lily is the same age as your Rocky. Can they be together? :D
^_^

Louie, I'll set it up in the couples thing. Can they meet by the pond? They haven't met before.

Personality: Angel is often lost in her own world, trying to maintain balance on the struggle for control going on inside of her. Everyday decisions that seem easy to most, are made much more difficult for Angel, because each decision could give the Angel or the Demon more power, which could easily cause her to lose herself and relinquish control to whoever has the upper hand. For this reason, it is extremely important for Angel to have at least a few friends, because they are literally what keeps her sane. Because of this, she is fiercely loyal to those close to her, and would do anything to help them. 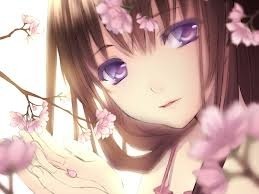 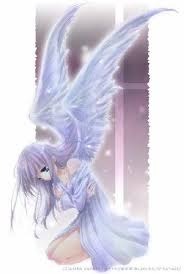 If you want they can hang out at the mall or something sometime.

Lol I can update and stuff but I can't see italics, fancy letters, and sometimes I can't load my notifications.

Can Jackson be bfs with Ami?

Mod
are they gonna meet or are they already bfs/gfs?

gah you beat me to him

Personality: Daemon is a go-with-the-flow kind of guy. He doesn't get mad easy. He's also a slacker, but he is brilliant. He passes all of his classes with ease without ever opening a text book.
The wolf in him is an alpha, yet the mage in him longs to be a loner, causing him to be a reluctant leader. He'd rather not have to lead, but when nobody else will, or when the current leader is doing a bad job, he steps up. 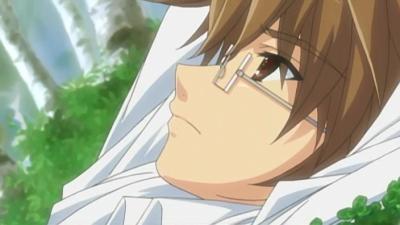 ((Meeting for the first time.))

Personality: Daemon is a go-with-the-flow kind of guy. He doesn't get mad easy. He's also a slacker, but he is brilliant. He passe..."


Want to be Brianna's bf?

Sure. Just meeting though. And where to?

i thought you already posted her

Mod
u can repost ur charrie stuff...encase ppl didnt see/read it b4 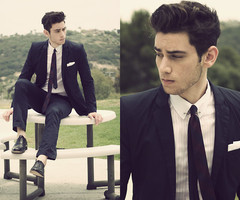 Personality: cocky, funny, can be hard on you but for a good reason. He enjoys teaching and is the best at it. Student that train under him become the best. DONT EVER MAKE HIM MAD. It take alot to do it but dont try.
TEACHER!

Mod
The Mad Bunny Bandit wrote: "Name: Derek Lodavik
Age: 25
Gender: Male
Species: Creators [a very rare species that were thought to be dead]
Appearance:
Personality: cocky, funny, can be hard on you but for a good reason. He e..."

Can Derek be with Mitsuki? Shes a teacher, too, 23 yrs old. (her info is on the first page)

reply | flag *
message 46: by [deleted user] (new)
Jan 06, 2013 07:07AM
Name: Miss Castro ( Her first name is Julia. )
Age: 20
Gender: Female
species: Witch
Appearance: She has medium brown hair and she like it up most of the time. She always wears laid back attire and comfortable shoes.
Personality: As a teacher she is more like your friend always helping out and has a great sense of humor. She doesn't hand out detentions but don't take advantage of her.
Student or teacher: Teacher.

http://24.media.tumblr.com/tumblr_ma4...
She looks cute when she blushes.

Personality: Mischievous, likes to pick up fights. If u get on her bad side, expect TONS of hw and maybe a bite mark on ur neck and loss of blood. But overall, she's a pretty good teacher and a loyal friend. If your in danger--life or death situation--she would do watever she can to save u, and--if ur close enuff--exchange her life for urs.

Mod
The Mad Bunny Bandit wrote: "Name: Derek Lodavik
Age: 25
Gender: Male
Species: Creators [a very rare species that were thought to be dead]
Appearance:
Personality: cocky, funny, can be hard on you but for a good reason. He e..."

Can Derek be with Mitsuki? Shes a teacher, too, 23 yrs old. (her info is on the first page)