January 2013 is around the corner and that means it is time once again to submit a picture to serve as inspiration for the January short story challenge. So please post your photo below. You have until Saturday Dec 29th Midnight EST to post a picture, after that we will post a poll to choose the January pic.

So, open up your tumblrs and dust off your photobucket and post! The picture can be any topic that inspires you to write a YA LGBTQ story, as long as it's YA-appropriate; it doesn't have to be a couple.

If you don't know how, feel free to PM me with the link to your picture (it has to be online somewhere) and I can do the posting for you. Or give it a shot using the "image" code provided in the (some html is okay) above each comment box. (Specify width=400, and take out height - it will default.)

*POLL Is Up Here: http://www.goodreads.com/poll/show/76...
until midnight Wednesday 2nd.*

VOTING ENDED (Interestingly with 7-6-5-4-3-2 votes for the various pictures. Click on the poll link for results.)

The winner is the silhouette picture below - I guess I'm not the only one thinking wistfully about beaches right now.

This time of year, I think I could definitely write a story for this one: 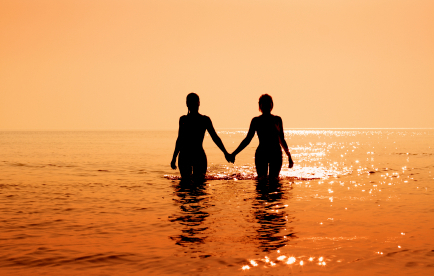 AND THIS IS THE WINNER - (No I didn't cheat. Seriously ;)

Story thread will be up soon. 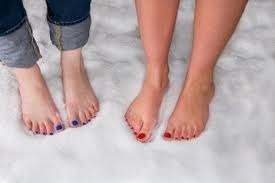 The above pictures made my head went blank. 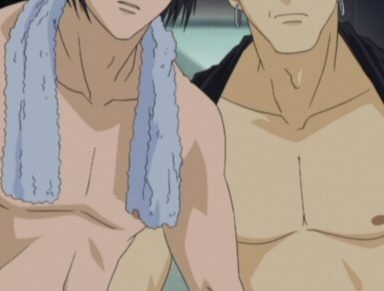 Hopefully we'll get a bunch to vote on :) 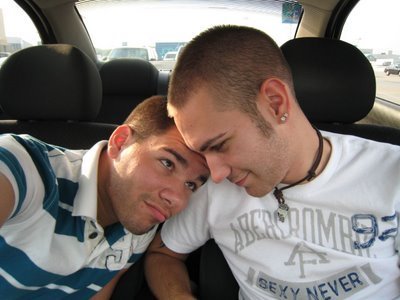 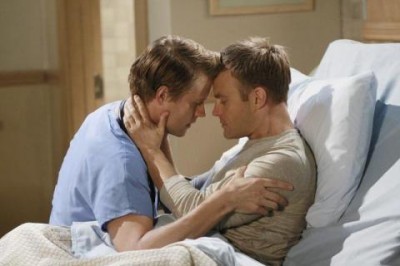 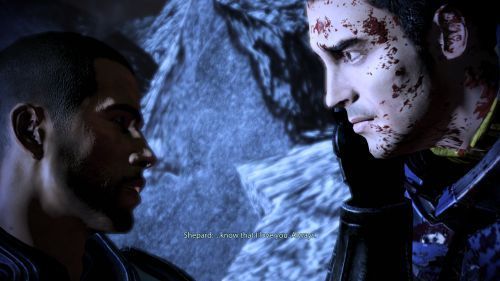 *POLL Is Up Here: http://www.goodreads.com/poll/show/76...
until midnight Wednesday 2nd.*

Can I have a gold star for already voting *grins*

You never know I might actually get Rupert to co-operate and manage to inflict a story on you this month!

K wrote: "Can I have a gold star for already voting *grins*

You never know I might actually get Rupert to co-operate and manage to inflict a story on you this month!"

You and two other people :) I think I was out of it last night - posted the poll and forgot to link it anywhere useful... well I put it in the newsletter for today. Shall I bribe Rupert or threaten to let Tate the dog slobber on him? Hopefully now he doesn't have to compete with studying he'll get more page time.

Kaje wrote: "Shall I bribe Rupert or threaten to let Tate the dog slobber on him? Hopefully now he doesn't have to compete with studying he'll get more page time. "

Things come to mind... are there male dryads?

Kaje wrote: "Things come to mind... are there male dryads?"

In my mind, yes, but they are extremely rare.... (and Rupert muttered something about the spell-caster locking said rare male dryad out of his tree (which he needs access too in order to survive) when he refused to bond with the spell-caster's daughter (bonding being necessary to ensure that any fruit from the dryad's tree is fertile)..... and very badly weakened he's found by a man who has recently inherited his great uncle's home and is trying to adapt from his life in the city to the wilds where magic is practised and it's not uncommon to run across shifters, fey creatures and other such beings......

I am looking up a recipe for rabbit stew if Rupert doesn't come back and tell me more information....

In my mind, yes, but they are extremely rare.... (and Rupert muttered something about the spell-caster locking said rare male dryad out ..."

Ooh, I'll bribe Rupert with marzipan carrots for that one...

I'm going to post a question that came up on the poll here - other members may have been wondering the same thing:

Alaina wrote: "Issues with this poll:
1. Why are there 4 MM pictures and only 2 FF?
2. Why can you see at least half of all the male faces and none of the female?
3. A silhouette and toes? Really?"

These pictures were the ones nominated by group members this month - if people want more or other ones they have to nominate them. I do think this group will probably have a bias toward M/M over F/F for a long time though - sorry.

That has a lot of reasons - for one it began as "YA M/M Romance" (an offshoot of the adult M/M group.) The first 500 members or so joined an M/M group. We only later made it inclusive and catching up is slow. For another there is far more M/M than F/F writing available, and even our bi and lesbian female authors write more M/M than F/F.

If you want more balance you can help us get there, but you need to understand where the group comes from and do it in that spirit. Find a wonderful F/F pic to nominate for us next month and get people to vote for it. I'll write for it, just like I did for the picture 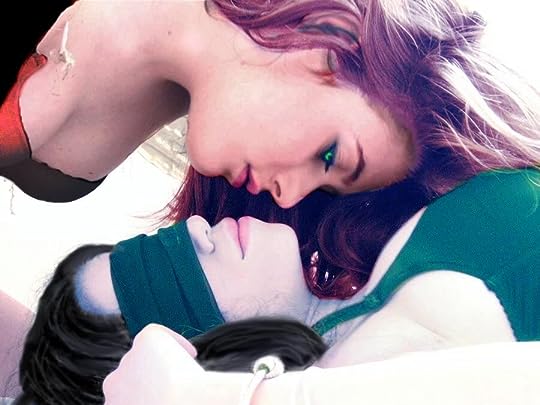 that was our February pick and yes, the only F/F that has won the group vote so far. I hope we keep moving, but we won't mandate equality on any arbitrary basis. Help us get there.