Mod
Follow the guidelines below, but delete the "." from the HTML format! Be sure that you don't leave anything out, and if a mod asks you to add or change anything, please do! Your characters do need to be accepted. Be creative!

Mod
**Using Roxan From the Other Role-Play..**

Personality: Roxan is your popular yet weird type of girl in highschool. Shes loved by most but also hated by some. Shes got the guys drooling at her feet. But, Roxan isn't actually the one to fall in love quickly, shes a fighter. It takes time for Roxy to fall in love, its hard for her, she doesn't believe she'll be able to find Mr.Right. So, Roxy doesn't spend a lot of her time trying to fall in love. Suprisingly, Roxy as more guy friends that she has girl friends, she says its 'Less Drama'. Although, Roxy is the crazy party girl, I'm not saying she drinks and does drugs, but she loves partying. Roxan is actually a very smart student, favorited by most her teachers, not a straight A student but a straight B student. Roxan is quite the humorous girl actually, she loves making up jokes, even dirty ones, and she loves making her friends laugh. Like most highschoolers, Roxy has a dirty mind, not as bad as some though. Oh how Roxy is the troublemaker, she loves trouble and causing it. Being the small girl she is, shes quite sneaky so she never gets caught for the things she does. What most people don't know is that Roxy is a professinal horseback-rider, she trains in equestrain. She doesn't tell a lot of people because shes afraid kids would laugh at her. Roxan is Not a morning person, she hates morning, but loves night making her a Night Owl. Honestly, Roxy can be quite emotional at times, if you get her thinking of her mother in any way, she'll brust into tears, she doesn't cut herself but she is super emotional, sehe just doesn't show it alot at school. Roxan really likes to help her friends when needed with anything, advice or even just simple things, shes always there when needed. Roxan likes to be the cupid of the group, always hooking up her friends with others, always being the messanger between her friend and somebody else. Though, she never starts drama, honestly she hates drama. Roxan has never really bullied someone, and ever will she do so. Roxan is the kind of girl that takes control of herself and actions, she refusing to let anybody else control her, shes stands up for herself and speaks for herself. Roxan is actually quite shy around new new people, she doesn't speka much around them but when shes around people she knows she hyper and loud.

Background History: Like any other regulat teenager in the world, Roxan was born. She was actually born in San Francisco, Calfornia. She lived there for almost her whole entire life, until she was 12 anyways. At age 12, her mother who she had a large bond with, was murdered, shot 4 times with a handgun. Roxan was horrifed, she didn't know what to do. She stayed in her room and cried for about week then her father made her come out of her little space and back to the outside world. After awhile, Roxan got comfortable again, she started to move on and forget about the past. Then, when she was 14 her father told them the breaking news, he told her and her twin brother, Esteban, that they were moving all the move to Miami, Flordia. Roxan was shocked, she was excited and upset at the sametime. Roxan always wanted to travel to Flordia, but not the live there. She was upset as they packed and moved. Once they got to Flordia she refused to make friends there. Once she turned 15 she went into highschool there, she was the new girl and loner. But after awhile she got use to the highschool and began to make friends. On Roxy's 16th birthday her dad got her first horse, Summer. She trained in equestrain and soon enough became a champion. Unfortunely, her life was ruined when the zombies attacked. One day she was riding out by the city near the outskirts with her best friend then suddenly a infected human attacked them. She got away but her friend didn't. She hurried and left and went back home, as she left riding Summer she looked back and was horrifed to see her own city was being attacked by zombies. Her whole family was infected so she continued her journey with Summer her horse. Shes lived so far, but how much longer will she make it?

Mod
Full Name: Allan Kale Drake
Nicknames(s): None, but some people refer to him with his last or middle name
Age: 27
Birthday: October 17
Gender: Male

Clothes Style: (view spoiler)[A grey overcoat and a black t-shirt and jeans. He also wears heavy boots that he's found are fantastic for kicking people in the head with. (hide spoiler)]

Personality: Allan usually keeps to himself unless he feels it is necessary to give someone a piece of his mind. He can get mad kind of easily, but he can keep it under control.

<.b>Background History:<./b> Allan, for all his life, had a close group of a few friends, including his twin sister, Hannah. He taught physics at a few different high schools, mainly in Illinois, until the apocalypse started. His sister was most likely killed and his friends scattered.
Crush: Not you.
Relationship Status: He sort of had a girlfriend, but no idea where she is now.
Family: Hannah Joanne Drake— Missing and probably dead.
Weaponry of Choice: He fights with two long knifes and himself.
Loner or Groupy?: He likes being in a group if he's leading.
Other: 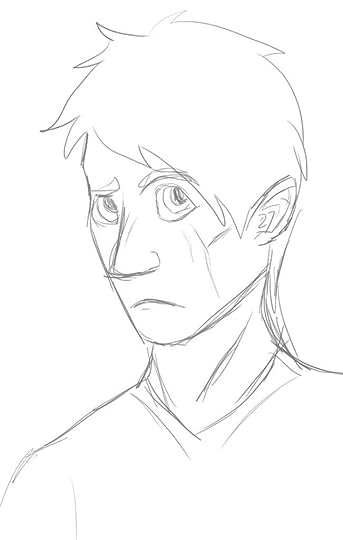 Personality: Kylee is a very moody person. Well since the big disaster happened. She used to be a fun bubbly girl but that all changed. She will snap if she is angry and she speaks her mind. You may not like it but she won't care.

Background History: You could say that Kylee had the perfect life. But you would be wrong in many ways. At school she was a happy person but it was all an act. Her parents always fought. She often cried herself to sleep. After a while that all stopped and she started going numb. She never felt anything anymore which was around the time the disaster happened. She couldn't trust anyone anymore. All her friends had been bit and she killed her parents before anything happened to them. She always wonders what would be happening if she didn't. Would her parents be alive and fine? Or would they be flesh craving monsters?
Crush: None
Relationship Status: Ask First!
Family: None
Weaponary of Chocie: http://www.edgeimport.com/images/HK10... http://1.bp.blogspot.com/_NRsSmc8gBDg...
Loner or Groupy?: She is a Loner
Other: She always wears a bracelet that her mother gave her when she was a child. She never takes it off.

Personality: Regrettably, unsympathetic. She is, however, respectful and loyal to those she believes have earned it.

Background History: Celia was a doctor before the apocalypse, at which point she decided that everyone was fucked and she hated them all anyway. She decided to take her friend's horse, Jen, and head to where Allan had been going beforehand.
Crush: No.
Relationship Status: *asks herself* Well'p. Allan. Yup.
Family: She left them, not caring about their state.
Weaponry of Choice: She oddly doesn't carry a weapon except for a pocketknife.
Loner or Groupy?: She doesn't really care.
Other: Her only companions are Jen, a bay thoroughbred horse, and Jack, a bearded dragon. Also, she has a very faint Scottish accent. 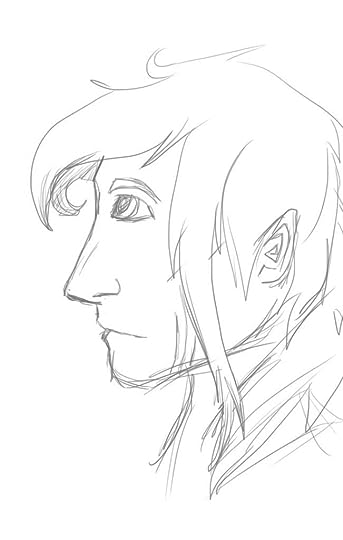