The picture-thingy isn't really showing up...

Okay, now it shows up. 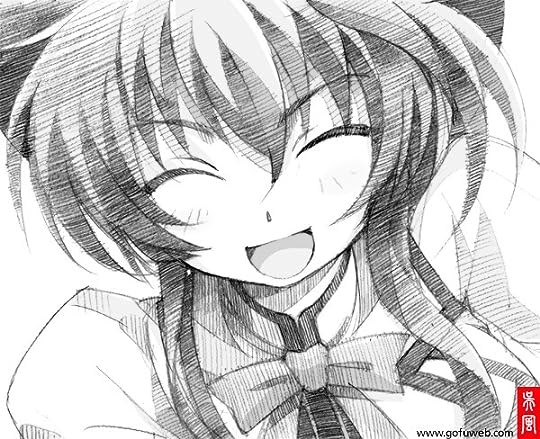 Personality: Bashful and perhaps a bit of a klutz. She is sweet. Can be a bit... "odd" at times. Has a bad attitude that barely makes itself known. She can be shy and caring just as easily as she can be strong and unforgiving. Bianca is also a bit humorous. 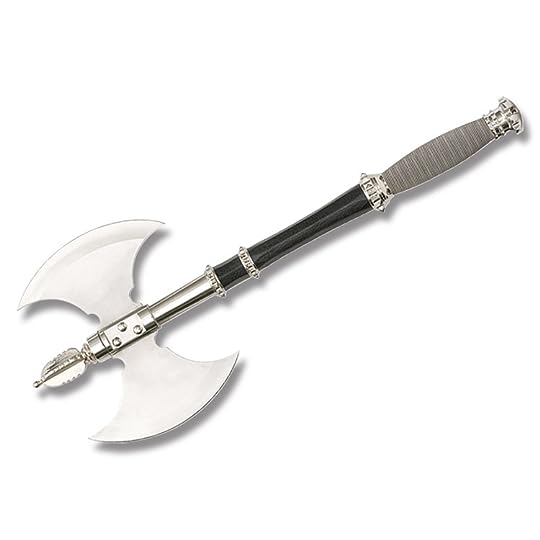 (hide spoiler)]
Lightweight, roughly about the same size as Bianca.

Other: Has a pet Duskull named Murphy. Wears a red transparent/ghostly bowtie underneath is jaw.
(view spoiler)[ 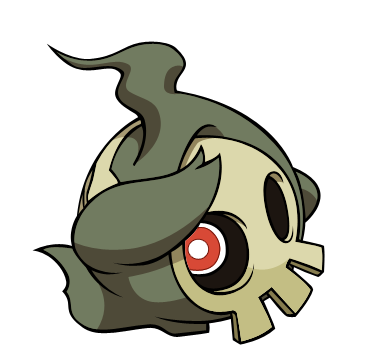 (hide spoiler)]
(I might edit some stuff later...To improve her personality.)

Ooh! Ooh! Lenny! My brain hatched an idea!
You know how the theme is something apocalyptic, right? We can make it kinda like Darksiders... With the weird demons and shit. Plus those random zombies in the first game that wander around the city mindlessly.

And if you want, we can make them nephilims, too... Although the race was killed off because of the Four Horsemen... A girl can dream, can't she? X)

It is awesome!I will look for a weapon! 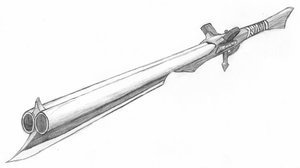 I'm gonna change the pic if you don't mind ^^

I gotta make him a little more...Nephilim-ish... 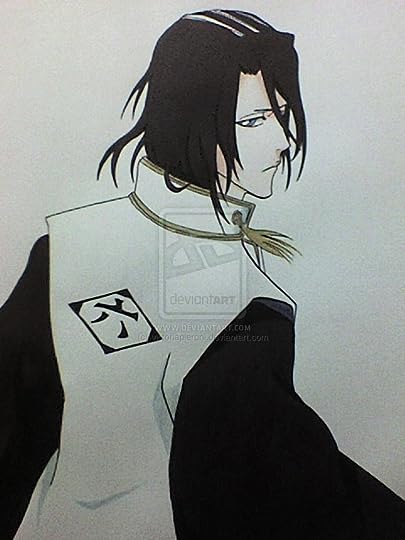 Do you recognize him?The guy on the pic?

I'll show you another one ^^

Petal dude!The chibi that I draw!

Ohhh! Petal dude! :O
Now that Iook at it, it does look like petal dude! :3

Hmm... *thinks*
I wonder what it would be like if I gave her a pet Duskull? *thinking face*

You're just saying that to make me say that petal dude chibi doesn't suck >.<

And I'm going to add her weapon...There. She now has a Duskull and a weapon.

I like the weapon...And the Duskull is kinda cute X)

Sooooooooooo, where do we start?

I don't know, around that deserted city in the first game, where War is first summoned? When it's all dead and demon/zombie infested?

Bianca wandered around the city, her black boots trudging in the dust and dirt in the road. A tiny demon ran up to her, drooling and foaming at the mouth. She quickly and swiftly swatted it aside with her huge axe, causing the disgusting creature to practically explode in a giant slash of dark blood. Bianca wiped a few drops of blood off her face in disgust.

Murphy followed behind, floating about mindlessly and constantly getting whacked by buildings, from floating so freely.

Nathan walked around the streets. Spikes, zombies(He thought they were) and deserted. He didn't really mind, as long as he had peace and quiet. A zombie woke up and launched towards him. He glared and simply shot him. Blood splashed around the sand as he watched him gag and struggle. "Weaklings"he said as he left the zombie crawling and bleeding out.

Bianca leaned against the wall of a nearby building, wiping the rest of the tiny demon off her new axe. Murphy floated ahead,the strings to his ghostly red bowtie dragging in the dust, sending a tiny cloud of it up behind his trail. He drifted around a building, not taking notice of the other nephilim. Murphy had floated over in the direction of the other nephilim, like gravity didn't exist, upside down, causing the creature to lightly whack the head of the nephilim, sending Murphy slowly upwards. Murphy, a little shocked to have his nice flight disrupted, stared down at the nephilim with curiosity.

"What is this?"Nathan put his hand on his head and swung his sword towards the strange floating creature. But it was too high for him to reach"Disturb the peace, huh, demon?!"

Murphy stared back at the nephilim with fascination. He had never seen another nephilim besides Bianca, his... "mother". He moved in closer, circling around the nephilim with interest. Murphy poked at the armor covering the nephilim's back, then at his shoes.
Meanwhile, Bianca took notice that Murphy was missing. She began to scout for him inside the building that she had been leaning on, quietly calling his name.

Lenny~China wrote: ""What is this?"Nathan put his hand on his head and swung his sword towards the strange floating creature. But it was too high for him to reach"Disturb the peace, huh, demon?!""

‚Ě¶‚ÄĘ ‚Ąí…•n√• √ß»Ď¬§¬ß¬ß ‚ÄĘ‚ôĪ wrote: "Lenny~China wrote: ""What is this?"Nathan put his hand on his head and swung his sword towards the strange floating creature. But it was too high for him to reach"Disturb the peace, huh, demon?!""
..."

"Mock me, demon?"Nathan smirked and his eye twitched. "Whatever you are...Are you floating?"Nathan looked at the space between the strange creature. Then, he shook his head"NO MATTER!Either way, you will taste the power of my blade"Nathan kept swinging towards the creature.

Murphy dodged the swings with ease, almost mockingly. He slowly glided up behind the nephilim and began to play with his hair. He began to silently hum a demented version of "Call Me Maybe". The sound coming from the little creature was quite putrid and ghastly. At least he wasn't singing very loud.

Bianca, after nearly falling on her face a few times going up the stairs of the building, began to get worried at the absence of little Murphy. "Where the hell is that little retard?" She grumbled to herself after slashing open a few drooly demons.

"That's it"Nathan changed to his shot gun"Come, little demon, let me blow your head"he smirked and started to pull the trigger.

((*snickers*that little retard X) I can't stop laughing at it.))

Murphy stared down the barrel of the shot gun with interest before flying close to the nephilim's face and rubbing his body affectionately against the nephilim's cheek. Murphy began to make a putrid, guttural sound that sounded suspiciously like a pathetic attempt at purring. He put his ghostly fabric-like arms on the forehead of the nephilim and began to rub it in circles.

Bianca, reaching the roof of the building, stared out into the distance, and called Murphy's name. She examined the terrain bellow. Between a few buildings, not very far away, she noticed what looked like an oversized, angry human with a gray-looking ghost type thing: Murphy. With an exited smile on her face, she began to jump down the building InFamous Cole style, and raced into the streets.

Nathan wavered his hands around"Stop, demon"Nathan said angrily"Don't try to mock me"he frowned. He grabbed the strange floating creature by, what appeared to be, the hair. He poked the mask"How does that feel, huh?"Nathan poked it, his eye twitching and laughing like a maniac.

Murphy did absolutely nothing but bob back and forth from the poking. His red glowing "eyeball" popped out of his skull, quite literally, and slowly floated down to the ground underneath him. Murphy tried to gently break free from the nephilim's reach to be reunited once again with his decaying anatomy. The "eyeball" bounced on the ground a bit, as if trying to reach the little creature's skull.

Bianca finally reached the pair of dorks after tripping on a few roots. She saw Murphy and what appeared to be, another nephilim, and began to sprint over in their direction. "Murphy!" She called out with concern. Then she noticed the eyeball. She stopped in her tracks abruptly. "Ew..." She said with disgust as she resumed walking toward the two. "Murphy, again? That's the third time this week... Are we going to have to tie it in place again?"
Murphy made a quiet, banshee-like screeching noise and began to twitch. He grasped the arm of the nephilim, hanging upside-down like a sloth.

Nathan let the so called 'Murphy' go"Is this your..."he looked for a word"demon?"he said finally.

Murphy slowly floated down to the ground, limp, and shoved the eyeball back into his skull, making an odd grunt. He floated into the arms of his... "mother" and rubbed his body against her armor.

Bianca nodded and caressed Murphy's head curl. "Yes, you could say that...I hope that he hasn't given you too much trouble." She said with a smile, sticking out her hand. "The name's Bianca...Bianca Gaudino."

"Nathan Eriksson, your pet is quite joyful. Annoying too"Nathan looked down at Murphy