Appearance:
Blue is a very beautiful young girl. Her skin is not to pail, not to tan. It's just right. Her eyes are a beautiful ice blue. That's how she got her name, blue, she has a great skin completion, no pores. Just a beautiful face. She has long brown curly hair that reacheches her shoulders.
Her tail is a sparky salmon color that really brings out her eyes and tan skin.
She likes to wear this necklace that she was givin to had a baby by her mother to keep as memories. 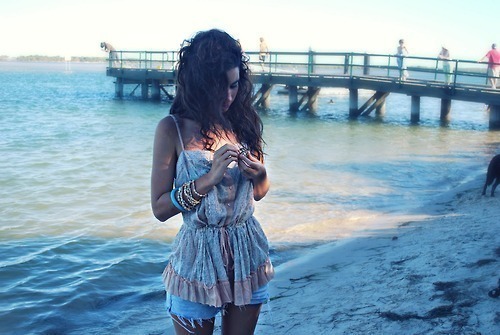 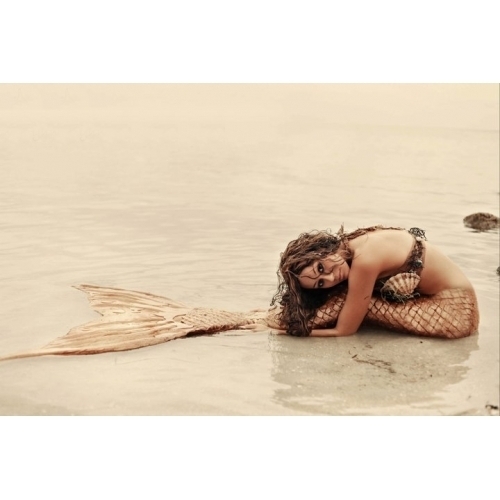 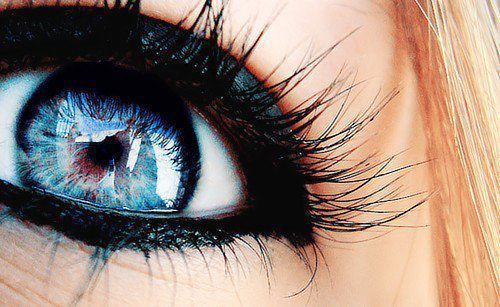 Personality:
Blue thinks quite highly of herself, and thinks she is quite intelligent. She is always looking to give advice, whether it is wanted or not. She could care less about what others think of her, good or bad. She is very strong-willed, and if you bring the fight to her, don't expect her to back down. She doesn't give in easily, and is not easily swayed by flattery. She likes doing things by her and her only. But despite her smart aleck attitude, she would be willing to give her life for almost anyone, as long as they have shown her respect in the past. If you respect her, she will respect you, but if you don't, she will more than likely choose to ignore you. She tends to keep to herself, giving off the air that she isn't very sociable, though in all actuality, she does like to talk to others. She comes off as a grumpy brute, but if you earn her respect and give her time to get to know you, she will treat you like an equal.
Blue can pretty much accomplish anything once she set her mind to it. She lives a face-paced life style witch makes it hard for people to get to know her. Blue has a mysterious dark side to her that only she knows about.

History:
Blue is different then any other mermaid. Unlike everyone one else her mother was a human and her father is a mermaid. So Blue has the ability to move about freely on land. But with that comes a big Consequence. If she is out of land for to long the. She turns into human. And she really doesn't want that to happen. Her father is very protective of her. Can't tell you much about her history because most of her life if all secrets.