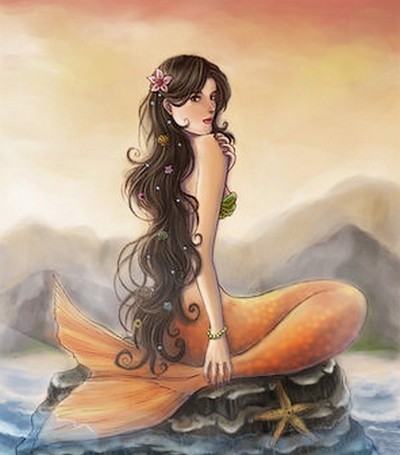 Personality:Krystal like her meaning is a soft soul who is kind to all even those she has just met or says she will meet.She is light and bubbly like champagne sweet and sometime tart as she was once described by a poet.Like her mother she is also very loving and kind as like her father she is strong and brave,never afraid to defend those she loves and cares for.She has type c-personality not to chipper and not to mean,shes in the middles between them.She can be a bit stubborn when she is told she can't do something so in the end she ends up proving everyone wrong.

History:Born in the royal family Krystal was always the odd one,not doing what she was told sneaking out of the palace befriending merfolk who were not royal.She didn't care she just did as she pleased that is till she was told that she was to get married to a prince to bind the kingdoms in equal alliance and so she fled well tried to and has been kept on guard ever since. 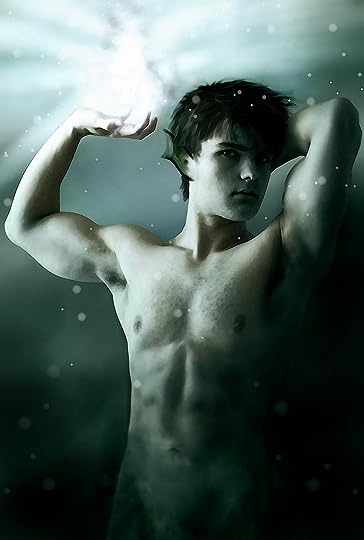 Personality:
Carson is quiet, reflective and idealistic. He's Interested in serving other people. He's well-developed value system, which they strive to live in accordance with. Carson is extremely loyal. He's Adaptable and laid-back unless a strongly-held value is threatened. He's mentally quick and able to see possibilities. Carson is the type of guys that Interested in understanding and helping people.

Carson can be very practical, traditional and organized. He's very likely to become an athletic. But, He's not really interested in theory or abstraction unless they see the practical application. He has clear visions of the way things should be. Carson is very loyal and hard working. He likes Like to be in charge and won't take no for an answer. He's exceptionally capable in organizing and running activities. Carson is very brave and wont back down from any challenge. It takes a while for him to warm up to people. He's not really a socializing type. He just does what he does best and that’s protecting their kingdom. He's not allowed to interact with any pieces or Princess. Only himself and the other guards.

History:
Carson lived on his own from the start. He never knew his family. They died a few days after he was born from a Murder. He was the only one who survived. After that Carson never really interacted with many people. Everyone would give him crap and never let him be a citizen. They were either scared of Carson or hatted him. He learned to grow up and take care of himself at the age of five. He started cooking and cleaning when he was only eight years old. He desperately wanted to become the best guard in the kingdom to show everyone that he wasn't worth nothing. He wanted to prove to people that he was strong and he can do it. Carson was given the guard title after four long years of hard work and training. He put blood and sweat into everything he accomplished. He had it a lot more tough then the other kids. Carson needed to work 10 times harder. From this day on Carson is still making his way up to be called the best gaurd in the sea.

Appearance: http://weheartit.com/entry/20578613/v... http://www.google.com/imgres?q=blue+m... His tail is just a tab bit more blue then in the pic.
Peronality: Being caring and funny,He can be a jokester,If he can make someone laugh he will,Somewhat rebelious and a mischief maker,He is always in some kinda trouble.
History: He was born to be a prince,Though he dosen't act as a prince should,He dosen't care doing what he wants when he wants to,He has never fit into the perfect prince title and dosen't plan to anytime soon.
Other: He has the markings like in the pic

Personality: Zinella is a really sweet girl who loves working with metal and fire. She likes to make weapons and objects, she will fallow any order. She is really sweet and loves to eat oysters. She is a friend to all and loves dolphins.

History: Zinella's father was first a blacksmith. He thought her how to make objects out of the fire creating useful things. Her mother had died leaving her with her dad. For company, her dad got Zinella her own dolphin, Streak. Streak helps her collect tools and ingreadiances that she needs. Her father died when she was sixteen years old, and she took his place as a blacksmith.

other: She has a crush on Carson.