Personality: Jack is snarky, arrogant, sarcastic, clever, and witty. He laughs at anything including himself.

History: Normal life. Recently he decided to start training at the Police Academy.

Helping the Lifted?: Helping who?

Prefers to be called by: Jessie

Appearance: http://favim.com/image/354039/
Hair Color: Dark brown
Eye Color: Amethyst (yes, her eyes are purple)
Height: 5'9"
Weight: 115 pounds
Dressing Style: Jessie dresses true to her Southern roots with plaid shirts, jeans and cowboy boots. When she's not wearing that, she'll wear something loose and comfortable.
Specific Markings: Jessie has the name of late beloved dog "Luke" tattooed on her ankle in memory of him.

Personality: Jessie is a hard-headed stubborn girl who isn't afraid to get down and dirty. Because she was raised in the South, she's a stereotypical Southern who's loud, loves barbecue and horses and is a whole lot of fun.

Jessie is also very strong. Her favorite was a military seal before retiring as her town's sheriff so she's had a bunch of training with hard core excersising and criminals.

Jessie's stubborn as a mule. If she believes something is true, she'll fight for it till the end. Don't get in her way or she'll squash you like a bug.

Jessie has been a tomboy all here life. She excels in sports and physical activity in general. She's a big fan of football, baseball and basketball and can play like one of the guys.

Jessie has a great sense of humor and is a down to earth girl. She loves the planet and even has her own garden. Jessie's lovable and sweet, but don't get on her bad side.

History: Jessie was born to a crazy, loud, messy, lovable family. They lived on a large ranch with their father's side of the family and their mother's parents. Jessie was the middle child of nine children, so she never got much attention from her mother, who only loved the youngest and oldest children. Her father, on the other hand, was especially close with Jessie. He was a former navy seal, now sheriff of their small town, so it was only natural Jessie followed in his steps.

Her mother, Maybel, was a hard headed woman who passed down her stubborness to her daughter. Jessie also got her rare amethyst eyes from her mother, but inherited her long, silky brown hair from her dad.

When Jessie was fourteen, her beloved dog Luke died of pancreatic cancer. Of course, Jessie still had a bundle of animals to love, but things just weren't the same to her. She spent a lot of time up in a Sycamore tree in her backyard, just looking at the amazing view that was below it or takingq in the sunrise of sunset.

Then, tragedy struck. Their little town had a murderer. He killed four people before getting to Jessie's youngest sister Christta. Devastated, her mother drove herself into a stage of craziness. She abandoned all her motherly duties and left for a rehabilitation center in California. She never came home again.

That was fine with the rest of the family. Maybel had never been much of a mother, even when she was sane. They moved on, although their father never remarried.

When Jessie turned seventeen years old, she left the ranch in search of adventure.

Crush: She's never really loved anyone before other than friends and family-- although she's had plenty of boyfriends-- but right now she's crushing on Jack.

Other: Right now, she lives with her Golden Retriever, Millie.

Family: 1st cousin to Adrian Faller and Abigail Faller (open to be made) 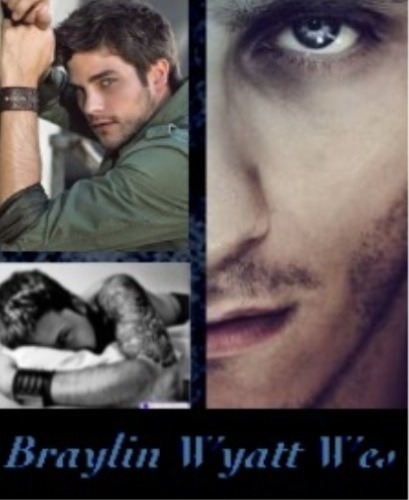 Personality: loyal, tends to do whatever it takes in the name of justice, cares easily, can be sarcastic, thinks deeply often, very complex but seems simple, smart, gentlemanly like.

History: he grew up solving mysterious with his father and reading every mystery book in existence including sherlock homes. He has been caught in huge murder cases with his father as well as helped solve some of the biggest jobs in New York. Now he works a lot on his own, solving multiple crimes all the time.

Dislikes: losing, betrayal, hurting those he cares for, unable to solve something


Involved with lifted?: No, but his cousin is going to end up in it and Braylin is unaware of Adrian being in it. Braylin has been working nonstop to take down the teen criminals.