Mod
Can't wait to see her in action! Haha!

Mod
You would have to ask the person who created her.
Perhaps make another character?

Well it's been a year... Since they created it

Mod
I know, but the person has to give permission to be do so.

The fjgpghf isn't here either

Mod
I know. But still, I can't do that to the others.

Mod
Sorry. But you can make a character if you want.

Name: Sceleratus
Gender: Female
Age: 16
Appearance/ link: http://www.flickr.com/photos/tracieta...
Personality: Loves to be by herself
Likes: Loud music, Fire, Explosives, Glass objects, Writing, String, Notebooks, Blood, Gory things, Horror movies, Scaring people, Boxing, MMA, Costumes.
Dislikes: Pretty much everyone who ever existed.
Killer/Victim/detective/witness: Victim and Killer
History: She was raised in an orphanage when she was found as an eleven year old girl living on the street. She was forced to go to school and actually handled everything well but the people. She never fit in and was always marked as an outcast, which was fine by her. She never really cared about people to begin with. Throughout the years she has been arrested on various accounts for numerous crimes, she is trying to finish up her last year of school so she can graduate early.
Single/married/engaged/divorced: Single
Jobs: Works at gun shop
Powers are optional: has telekinesis

Hope you guys don't mind a secondary killer in the background..

Name: Sencluse (Though when about to kill a victim, he usually calls himself the "Ultimate Sand Demon")

Appearance: A Pale, tall, and slightly bulky figure with very long black hair, Emerald eyes, and a glare always on his face, Sencluse, at first glance, appears like a Shadow-the-Hedgehog kind of guy, but when you hear his dark tone of voice, you'll know he isn't the type you should trust, sometimes, rarely.. people catch small glimpses of some strands of his hair turning Blood Red for a moment before it reverts to normal.

Personality:
Sencluse is the type of guy who always wants loneliness, never trusting anyone, never caring for anyone, he hates every living thing, and sometimes he lapses into his more.. Murderous Personality, that's when he is at his most dangerous.

Personality (Murderous):
When his hair turns crimson red completely, Sencluse becomes completely psychopathic, his facial expressions and tone of voice bordering on insanity when he watches someone's blood spill, he almost takes pleasure from the killing of others, but he has a small sense of reason, and will sometimes at least tell his victims why he kills others:
"To prove my own existence, i needed anything, any purpose, anything to motivate me to keep pushing on, after all, to exist for no reason is the same as being dead, i finally found my answer, to put it simply, i would find salvation, freedom from a doomed existence in the destruction of everything, now i live only for myself, i love only myself, And i have one goal, And one goal alone: -Eternal Solitude-, That is my wish, i will be free of this world by ridding it of those who would judge me! Now DIE!"

Likes: Nothing in particular, though he has displayed a pleasure in the killing of another, especially an innocent.

History: Completely unknown, all that most people know is that he's a guy who was raised at an orphanage, and that's pretty much it.

Relationship Status: Single, don't bother trying to change that unless you want to get completely Grinded into dust.

Hidden Abilities: He can manipulate, summon, and harden Sand, that is his weapon, Sand, he rarely has to move, because the sand always moves so fast to block an attack that it feels like hitting metal that is sharp as a chainsaw, he can use the sand as a weapon, transport, and defense in many ways shape and form, Some examples is that he completely entangles and then closes a person in sand, and then smashes the sand together so hard it crushes every adom of the victim's body, instantly killing them, because of this, he has developed many "catch and crush" tactics, he hides his sand in his clothes, able to unleash it at any time, should he run low on it, he can break down the earth minerals in the ground to create more sand, he can also surround himself with a spherical shield of sand, the only known weakness of the shield is running over it with a car or other large vehicle, doing this about three to four times (Depending on the vehicle size, it may even take just once) will make the shield break apart, also, while inside his shield, he can make it float in the air and fly around, thus allowing him to go up in the air with little effort, also, sometimes he will choke his victims by moving a huge amount of his sand inside their nose and mouth, suffocating them, he may also even push the sand far down into their body and tear them to shreds from the inside, though this is uncommon for him to do, as it usually leaves a bloody and sandy mess for investigators to look at.

Overall, his most commonplace tactic is grabbing someone from a distance with sand, expanding the sand to cover someone's entire body (which means he is pratically sealing the victim into a sand prison with no source of air to breathe), and then closing the sand inward with great speed, putting force pressure on the victim that is so powerful the body becomes nothing but dust, so once he's got you in his sand, you're finished.

Approved! The evil of sand!

I've already commented in the respective RP, yo. 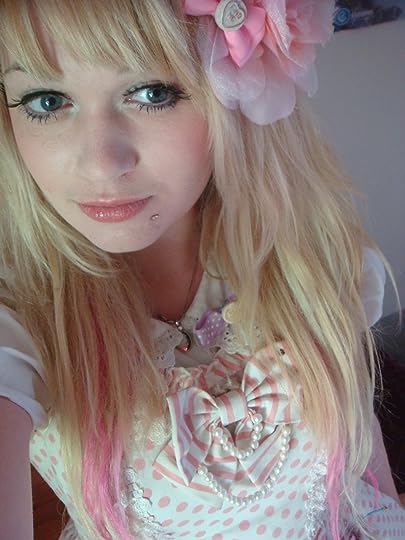 Personality:kind, caring, smart, outgoing,loves cheerleading, enthusiastic, and athletic
Likes:Katie, School, Cheerleading, shopping, and boys
Dislikes:death, blood, gore, killers, police, and jerks/bullies
Killer/Victim/detective/witness:Witness and Victim
History:She was born and raised in Salem, Oregon. Moved here when she was 13. When she started High School here, she became a cheerleader and the head cheerleader. She also made friends with Katie and chose her as the second in command of the cheer squad. Leyla does not talk much about Salem, unless you ask her to and about the Salem Witch Trials.
Single/married/engaged/devorced:Single
Jobs:Works at a fast food restaurant
Powers are optional:Typhoportation
other: Leyla is the head cheer leader

Mod
Approved. I look forward to playing with your character.

Awesome A wrote: "Approved. I look forward to playing with your character."

and i with yours

Mod
Cool. Now that you created your characters you can go onto the roleplay scenes and start off your character cue and Mars and I will join in.