Name: Victoria
gender: Female
Age: 13
Appearance/ link: http://www.fanpop.com/clubs/msyugioh1...
Personality: Sad, Unhappy, Aleays views the cup as half empty, lonely
Likes: Home,
Dislikes: The hospital, white, nurses, electronic therapy,
Killer/Victim/detective/witness: Killer, Victim and witness
History: Victoria used to be tortured and raped by her father, so at the age of 11 she killed him.
Single/married/engaged/devorced: Single
Job: ....being mentally ill?
Powers are optional: When really upset, she can perform telekineses

Mod
Name: Lucas Martinez
gender: Male
Age: 15
Appearance/ link: http://www.google.com.au/imgres?q=dea...
Personality: Maniuplitive,controlling,serious
Likes: power,freedom, killing
Dislikes: being trapped,locked in a cell,
Killer/Victim/detective/witness: Killer,then victim
History: killed ten officers by doing a hit and run (speeding.) kidnapped and raped 5 young girls then killed them. He also was paid $500 to trade a young girl to a psycho killer. Went to children jail at the age of 6 and stayed there for 3 years, because he killed his parents for being abusive.
Single/married/engaged/divorced: single
Job: no job, just completly insane most of the time.
Powers are optional: Teleskins and has collective powers from other witches whom he hunted and killed. 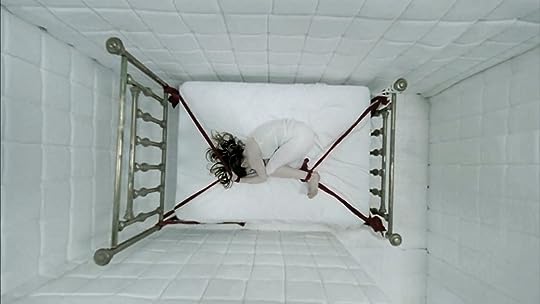 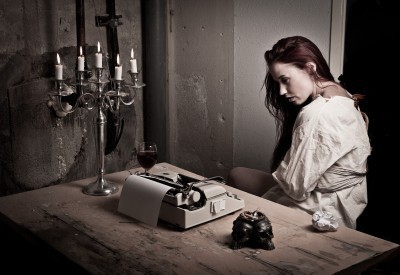 )
She has the hair from the second photo. Her body is covered in small cuts from her fights on the street, burns from her obsession with fire and some deeper more severe cuts from various sistuations one of which include a long jagged scar down the right side of her face running from her temple to her jaw line.
Personality: To be RP'd
Likes: Glass, Mirrors, Sharp objects, Hourglasses, Watches, Clocks, Colored glass, Candles, Broken objects, Blood, Scaring people.
Dislikes: Plastic, Bright lights, Restraints, Crowds, Loud noises.
Killer/Victim/detective/witness: Killer and victim
History: She was abandoned in youth. She grew up in an orphanage until the age of seven when she ran away. She lived on the streets doing violent crimes until the age of 11 when she was caught and sent to a foster home. She brutally slaughtered her foster family, torturing and slowly skinning them alive before burning their house. She was suspected of multiple murders before that. She was sent to her first asylum and has been passed from asylum to asylum as she slowly overwhelms them and forces them to send her to a new one.
Single/married/engaged/divorced: Single
Job: No job
Powers are optional: She can create powerful illusions
Other: She has three separate personalities; Liz/Lizzy, Beth and Eliza.

Oops XD. I messed up, I was making three other charaters at the same time.

Mod
That's great,very informative! :) Can't wait until you join in the storyline! I hope you enjoy it! :)
C u there.

Hello. Cool.
Do you know someone by the name, Andr - Enderwoman?

As I found out the other role play page. Stupid me. :)

Mod
Welcome to the group Andre! Thanks for joining in! Hope you have a good time here!

Mod
Name: George
gender: Male
Age: 17 1/2
Appearance/ link: http://www.google.com.au/imgres?q=Sev...
Personality: TBA
Likes: Making money and fake IDs
Dislikes: Police, people snopping into his office and wrecking his stuff.
Killer/Victim/detective/witness: Witness
History: Has drugs and smokes, he's messed up ever since his father left his home at the age of 7. Likes parting and wants to be rich, so he makes business money by making fake IDs.
Single/married/engaged/divorced: Single
Job: Fake IDs
Powers are optional: none except for his Fake IDs skills.

Name: Klaus
gender: Male
Age: 17
Appearance/ link: http://4.bp.blogspot.com/-Z2uulxfHYL8...
Personality: Reluctantly responsible for his sister. Trouble maker.
Likes: Being alone
Dislikes: When his sister runs from the asylums
Killer/Victim/detective/witness: Witness
History: Is the brother of Elizabeth. He has had issues with the law but was never seen as insane. He had always turned his sister back in when she ran from the asylums.
Single/married/engaged/divorced: Single
Job: None
Powers are optional: None

Mod
((Klaus, do you watch The Vampire Diaries? Sounds cool. Can't wait to see him in action!))

((Yes, but I actually chose the name for different reasons))

Mod
Name: Derek Anderson
gender: Male
Age: 20
Appearance/ link: http://www.google.com.au/imgres?q=ang...
Personality: To be role played.
Likes: To be role played
Dislikes: jail cells, disloyal mates,
Killer/Victim/detective/witness: Killer, witness and victim.
History: Being arrested about almost eight times, but has gotten out of it all of the arrests thanks to his lawyer and police. Being arrested for stolen cars, illegal drugs, murdering two people and shoplifting.
Single/married/engaged/divorced: Single
Job: A mechanic for the moment
Powers are optional: None.

Mod
Name: Dana
gender: Female
Age: 19
Appearance/ link: http://www.google.com.au/imgres?q=Dan...
Personality: Dana developed a paranoid and violent personality.
Likes: torturing people, being stronger,blood.
Dislikes: Being weak and totured.
Killer/Victim/detective/witness: Victim, killer
History: When she was 10 years old, her family was murdered in her home by a psychopath named Walter Kindel. There was another guy, who looked like Lucas who kidnapped her and was paid $500 as a trade for the girl.
Walter kept her caged in the basement of a distillery. For months, Kindel drugged and tortured Dana until she managed to escape. She was found naked and bleeding, nearly catatonic, and taken to a psychiatric hospital, her ordeal at Kindel's hands left her traumatized beyond treatment.
Single/married/engaged/devorced: Single
Job: Being insane, but has a mission to totured and kill the man who tortured her.
Powers are optional: Superhuman senses, strength, speed, endurance, agility, and healing in the fight against forces of evil. She also receives occasional prophetic dreams during her sleep.

Mod
Name: Daniel
gender: Male
Age: 17 1/2
Appearance/ link: http://www.google.com.au/imgres?q=fra...
Personality: Totally the oppisite to Lucas, but has some of his personalities.
Likes:Ladies, killing, intercourse, drinking, gambling, smoking, sometimes drugs.
Dislikes: Jail, Mental illness
Killer/Victim/detective/witness:Killer, sometimes Victim.
History:Framed Lucas of his crime jobs, he used his power to save himself from going to jail. Then Lucas got sent into a mental instution thanks to his insainty. Brother of Lucas.
Single/married/engaged/devorced: Single
Job: All the works to crime.
Powers are optional: Shapeshifting,Teleskins, can read into minds and see someone's future path.

Name: Aidan Thorin
Gender: Male
Age: 36
Appearance: Average height. Short black hair and Ice blue eyes. Lightly tanned skin.
Personality: Split personality disorder. One personality is confident and cocky. The other personality is shy, quiet brooding. Serial killer tendancies. But, on reality he is not actually insane. He is just pretending so he can get into the mental hospitle to do investigations.
Likes: Iced coffees. His wife Marissa. Long walks on the beach. Just kidding, he likes to hike and rock climb.
Dislikes: Criminals and anything to do with reality TV. His job sometimes.
Detective
History: Born in Ohio where he lived until he was six. His mother was killed by a drunk driver and he decided to dedicate his life to solving. He is currently trying to bust a mass murderer who is mentally insane. So in order to closer to the criminal he gets himself locked up with him.
Married: Married to his wife Marissa. She is a nurse.
Job: Detective

Mod
That's sounds awesome! Can't wait to see him in the roleplay!

Approved! Welcome to the group and I can't wait to roleplay with ya. :)

Mod
Let's play in the roleplay. :)

Name: Minnie kirkplum
gender: female
Age: 18
Appearance/ link: http://girlshue.com/wp-content/upload...
Personality: she's crazy and can't stop killing, after she kills people, she will have sex with them
Likes: killing people, blood and gore
Dislikes: everything in the human race
Killer/Victim/detective/witness:
History: her parents died when she was born and she was never in a orphanage
Single/married/engaged/devorced: single
Job: n/a
Powers are optional: she's psychic

Might be taking the sggdg charries... Talking to her now

Appearance: Tall, with pale skin and dark hair. Green eyes, the white of which often overwhelms the colour. A mocking smile.
Personality: Arrogant and egotistic, sadistic and cruel. Tobias takes blatant joy in the physical suffering of others. He is manipulative, and often feigns normality for his own purposes.

Mod
Name: Sasha Lockwood
gender: Female
Age: 17
Appearance/ link: https://www.google.com.au/search?q=Te...
Personality: Possessive, obsessed with love and getting a boyfriend, selfish, vain, emotional, likes to get even by throwing the words back into someone's face.
Likes:Loves, friends, family, Vampire stuff, chocolate, long hair, abs, being able to get people to do what she wants and sympathize with her, writing poems and reading.
Dislikes: Being lonely, being hated, sport, pimples, weak, doing stuff like look after her brother.
Killer/Victim/detective/witness: Victim, who likes to get even.
History: Ever since, she's been at her new school, she's been obsessed with her first boyfriend and has recently fallen out with all of the people she loved.
Single/married/engaged/divorced: Single, but wants a boyfriend.
Job: Just the chores of looking after her young brothers.
Powers are optional: Can induce a person into a paralysis state.