newest »
message 1: by [deleted user] (new)
Dec 22, 2012 12:13PM
All Cepan are more talented, more intelligent, and more skilled than the average person, but don't have any combative powers.

True Loric Name: Sirius Prince
Earth Name: Grayson (Gray) Vega
Gender: male
Age: 55 at death.
Appearance: Gray was lean, wiry, and quite tall, at six feet. He had black hair, streaked with silver and gray, and a short, neatly trimmed beard. He had piercing steel gray eyes, and a harsh, craggy face. His eyes could pin a person to where they stood, and seemed to be able to cut straight to the heart of a person.
Garde: Three, who he loved like a daughter and tried to protect to the best of his ability. Gray posed as Three's father. Three loved him like a father, and was fiercely loyal to him, although she didn't always listen to him.
While he was alive, he loved Three as though she was his own daughter. He was very firm and often harsh with her, because she had a wild, proud, rebellious spirit, and he knew he needed to keep her in line. He couldn't let her get soft; his worst fear was that she would be caught unawares and killed. He trained her to be a fighter, a survivor. Before he died, he told her that she was meant to be a Warrior Garde. He tried to the best of his ability to keep her alive, safe from Mogs. An intelligent and experienced man, he was extremely skilled with all sorts of technology. He taught Three everything he knew she needed to know to survive, but withheld some information from her, information he knew she needed to find for herself. In the end, he sacrificed himself to save her life.
Personality: Calm, steady, and firm, Gray was an extremely intelligent and a formidable person. He was very level-headed and sensible. As tough and unbendable as steel, Gray was hardened to pain and suffering, and was very brave. He was extremely loyal and firm. He would never betray those he loves, and would give his life to save the one person he cared for: Three. He fought for what he believed in, and was completely dedicated to the Loric mission and to Three. A no-nonsense type of guy, he looked down on any sort of fooling around. He was extremely hard working and determined. He didn't believe in having much fun, although he allowed Three to just relax once in a while. He never allowed himself to let down his guard. Constantly alert, he gave the last fourteen years of his life for Three, keeping her alive. He loved and cared for her more than he ever let on. He understood her very well, and he knew how to deal with her. He knew when to make her angry, when to concede to her wishes, and when to put his foot down. He was often harsh with her, but he knew she was tough but he wanted to train her to be even stronger. Sometimes, he would loosen up. When she was younger, he would play her games with her, let her have her small taste of childhood. But he knew her bright life would be cut short if he was too easy on her. As she grew older, he started being firmer with her, training almost constantly, always ready to flee their current "home." He maintained a strict balance, and kept them safe. Stern and firm, proud and strong, fiercely loyal to his cause and loving with those few people, Gray was a truly amazing person.
Family:
Lyssa Prince: Gray's wife, a Garde and one of the original ten Loric ruling Elders, died a hero, fighting off Mogs on the day they took over Lorien and massacred the Loric.
Laurel Prince: Gray and Lyssa's daughter was also a Garde, and she was killed by the Mogs on the same day Lyssa died, Lorien was taken over, and Gray left with Three. Laurel was sixteen at the time, and her Legacies were still developing. She, like her mother, died fighting. Her Cepan was Rebecca Storm, Three's mother. She was a lot like Three, and because of this, Gray was often reminded of his daughter Laurel when he looked at Three.
History:
Other: Will finish later.

(( WILL MAKE A DIFFERENT CEPAN SORRY))

Okay, that's a temporary age. I had to do the maths in my head and I was sleepy, so yeah.


Steven is a tall, lanky man with no muscles; he relies on his brains instead. He is normally seen w..." 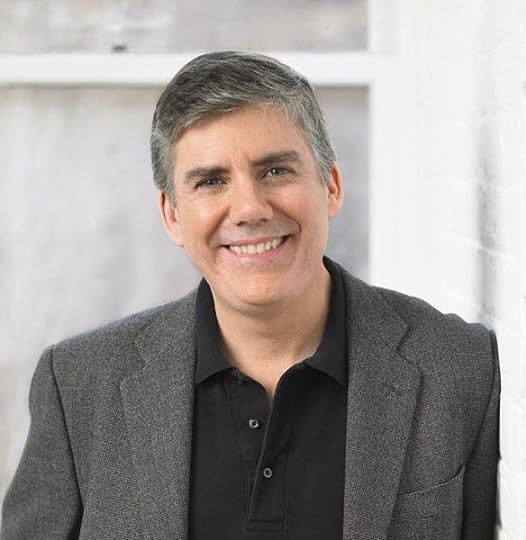 Jack has grey-white hair and grey eyes, thick eyebrows and broad-shouldered. His limbs have only a bit of muscle, though, as he does not fight very often in physical combat.
Garde: Nine
Personality: Jack is very quiet, and didn't speak to anyone from the period between Andromeda's death to his entrusting with Nine. He is very intelligent and has great space in his head for information. Though he was lazy as a child, he has reformed and is always trying to right wrongs in his past. He does not care very often, but when he does he is protective and will really, really care. Stubborn as a mule and sneaky as an owl, it takes a lot to get his guard down, and he is strong morally and physically.
Family:
Jinx, unborn daughter
Andromeda, wife
Gaia, mother
Chronos, father
Amina, sister
History: Jack Will, Loric name Geminus Flavius, was, for the first time in his life, happy. He had a beautiful wife, Andromeda, who was expecting a child; a daughter who they were going to call Jinx. Yet disaster struck two weeks before Jinx was due, and the Mogodarians attacked the family and burned down the house. Jack was away at the time and returned to see his house in ashes and Andromeda dead.

When Jack was told he had to be Cepan to a young Garde-Number Nine-he thought they were kidding. Why would they choose him, expelled twice, no experience, expecting wife dead...He was sure the girl would die within days.

But they became close, the years they spent together, and caring for Nine was easier than he expected; she was like the daughter he had never had. It almost broke his heart when she had the accident, and it was for her safety that they moved to the eco lodge.

Jack didn't know what made him reveal it. He was taken one day by the Mogodorians, tortured with something unspeakable to get him to reveal Nine's location. Eventually he began to speak in his sleep, the pain being too bad, and the Mogodarians slowly, eventually extracted the information from him.

After he figured out what he did, he almost killed himself in shame; the pain of having betrayed Nine was a larger pain than he had ever thought of. And after he was rescued and taken back to his Garde, he felt too ashamed to continue looking after her.

But he felt obliged, bound even, to continue being her Cepan. He died sacrificing himself, righting his wrongs and saving the young Garde who was like his own child, Nine.
Other:

Awesome! Oh, guys, we need more female Cepans, so if you haven't made yours yet, and if its okay with you, it would be great if you could make them women.