Would anyone care to roleplay with Angeline? If so, she's in the Art room. If I don't respond immediately, don't worry, I'm just making a male character that will consume a lot of time.

Jasmine! Can you make Britain and Hayden bump into each other somehow? She's in English :3

*rolls around in the dark corner of shame*

I still haven't made my charries

Get started then :D You seem like a good RPer :)

Instead of making new ones. I'll take some old ones an edit it to match this theme XD

LOL yep I do that a lot too. It's because I'm a lazy bum I really like some of my previous characters and want to transfer them to a new RP.

I've been looking. And to prevent Vixen from dieing the picture I chose for my male does not move, and has a shirt on ^ ^ 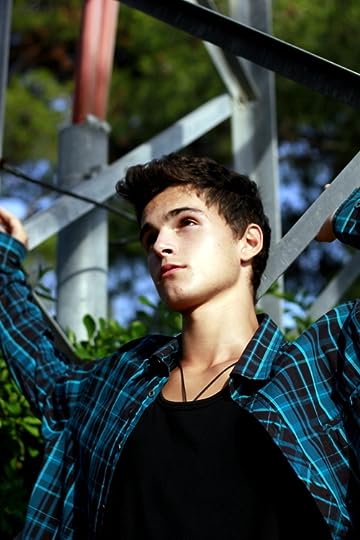 It's a blessing. And a curse XD

I am sorry to inform you that Vixen has died. Cause of death? Sporadic combustion. You are all invited to attend her funeral right now, right here.

Karkat! I have come back from the grave to tell you that I am OMGing right now. Where, where where do you find these amazingly hot guys?!

There's this site called weheartit. I just heart stuff and sort all my pictures. And I choose from the set of males for my roleplays ^ ^

I did a little decorating :33

And added some topics.

Only a bit cleaning too.

Vey is free for roleplaying at the lake.

Not Jude and Kylie. Saving them two for something special C X

Kylie is for London yeah C:

Not Jude and Kylie. Saving them two for something special C X"

BTW, is the News Anchor topic only for characters that were created? Because I had this one guy Chris who I didn't make but used as a party host and he sided because of A.

It could be people who haven't been created also. Everything needs a side character, am I right? :)

Right you are! Do you mind editing in that Chris has died? I would do it myself but the topic is closed :)

Description of Crime: Christopher D. McCallan was found unconscious on the girls' bathroom floor of his college campus by a fellow peer. He was surrounded in a pool of blood which would later be revealed to be a mixture of his and another unidentified person's. Christopher would later be pronounced dead. On the wall were written three words in Christopher's blood: I'm back bitches.

• Internal Condition: Signs of internal bleeding in skull area. Signs of connection to the head area with a large object are found.
• External Condition: Subject seems to have been choked with a rope; there were rope burns around his neck. Subject has blows to the head from an unidentified object. Signs of struggle (i.e nail scratches) were found on subject's arms/ chest.
• Possible Cause: Suffocation, Hemorrhage.
• Prime Suspects: Angeline DeVar, Claire E. Muller, Mia Thompson, Audrey Powell, Ruby Donavan. Students at the party reported to see the girls leaving last.
• Health Issues?: None, the subject was however, highly intoxicated.

I need to roleplay with someone. At the lake...NOW.

I'm not sure if Belle would like to continue with a time skip or something....


but *spirit comes out*

*falls limply to the gorund* O A O

Jasmine wrote: "WAIT A MIN! Moon and Piper should go skinny-dipping at the lake after the mall. XD :3 c: I so evil."

Can Gemma join? I mean, they're all tree hugger types xD

Because I had nothing better to do.

#depressed #what am i doing with myself #boredom kills

The tree huggers are deciding to embrace the water by going in naked. I see how it is.