If YOU were there. discussion

Name:
age
gender:
apperance
personally( rember it's the 1700's)
role: ( general, fighter, forge, stragy ect)
family:
other: ( i'd like someone) 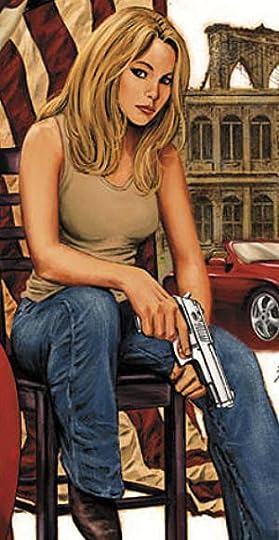 (carries gun around for selfdefence)
personally: serious, belies in selfdefence and woud never gie up
role: general kid
family: mim and dad (dad fighting in the war)( CAN SOMEONE MAKE THEM)
other : her boy friend was Tomas day who disapeard a thew mounths after the war started and all she knows is he could be dead or being held hostige. She lives in the USA

Name: Hope Anderson
age: 16
gender: Female
appearance: Very mature for my age, respectful, loving, easily believed, no one would believe that I would ever carry a gun or a knife!
personally: Loving, forceful, not eager to give up, very strong faith, knows how to handle weapons, and strong.
family: Father was killed in war and mother was taken as a hostage that was the cook for the war.
other: I am dating Nick Delgado and he is being called into the war...so I hid him!

Hope wrote: "Name: Hope Anderson
age: 16
gender: Female
appearance: Very mature for my age, respectful, loving, easily believed, no one would believe that I would ever carry a gun or a knife!
personally: Loving..."

name: Casey carols
age: 17
gender: F
apperance:
http://images.google.com/imgres?q=gir...
personaly: a funny, quick witted girl, she is fast and swift on her feet, with a tough and romanic side. She longs to belive the war with end soon but the war has just begun.
family:
father: Elliot carols
mother: Rosemary carols
sister: Laura " nellie" carols
brother: Paul Carols
the sister is 6 and her brother is 8, her mother is pregant with another little sister who name will be Vanessa.
weekness(s): guns.
strenghs: her power for words, her power of writing
other: is a talened writing, her motto is " if it makes you pretty, wear it."

If YOU were there.