note: This topic has been closed to new comments.
17 views
Characters for RP > New Charaters Added for the Sequel of Shallow Falls

This is a new page for new characters added in for this new roleplay storyline.

Name: Veda
Age: 20
Gender: Male
Specie/Powers: Valkyrie
Personality/Likes/Dislikes: Veda is very silent and serious. He s also quick-witted.
History/Background: Veda was captured by the DL. When he died, he was the only valkyrie not freed by DL's death. His father brainwashed him to capture Seren.
Appearance,can put link for appearance: http://th01.deviantart.net/fs9/300W/i...

Name: Voldermont
Age: 45
Gender: Male
Specie/Powers: Wizard or Warlock, powers comes from a wand.
Personality/Likes/Dislikes: Evil, has no mercy or kindness for anyone,Selfish, impatience, likes powers and wants to take over the world and convert it to the dark side,loves war and death. Hates people who gets in his way of what he desires.
Appearance/Link: http://www.google.com.au/imgres?q=har...
History/Background: Will write more in it. Havn't thought of it, right now, will write when thought of.

Name: Lomadia
Age: 19
Gender: Female
Specie/Powers: Valkyrie
Personality/Likes/Dislikes: Lomadia is very cruel and mean. She's very popular with everyone.
History/Background: Lomadia was one of the popular girls before Seren saved the whole species. She bullied on her. She doesn't like Seren and wants to kill her.
Appearance,can put link for appearance: http://static.minitokyo.net/downloads...

((It works now, she looks cool and that kind of I'm popular character! :) BTW speaking of cartoons, does anyone watch Total Drama?))

((Nope I don't watch tht Total Drama thing. Amber, can you comment on the sequel thing?))

((I'll check on it when I'm done watching my thing. It's called My Little Portal.))

((What's that, if you don't mind me asking? Is that another group on goodreads that you're on?))

((No, It's a cartoon series that's a crossover of My Little Pony and Portal.))

((Haha, thought u would like it, you can watch it all on youtube. There is 28 episodes for Total Drama Island which is the first season.
Total Drama Action is the second season and has 27 episodes.
Total Drama world Tour is the third season and has 26 episodes and when you get there, the guy named Aleojandro is hot to my opinion.
Total Drama Revenge of the island, is the fourth season and has enitly new cast but has the orginal casts as guest stars in it. Has 13 episodes.
Then next year there will be it's new season, which I'm excited for! Hope you enjoy it as much as I did! :)))

Name: Rosalie
Age: 17
Gender: Female
Specie/Powers: Witch, She has the same powers that Aaron has. Also has the power to travel time and space and a shielding power, which makes her a powerful weapon.
Personality/Likes/Dislikes: Friendly,kind,bubbly,loves Aaron, hates evil, wishes to destroy it all.
History/Background: Has been captured by Voldemont, who has turned her evil in the hopes of turning Aaron evil as well.
Appearance,can put link for appearance: http://www.google.com.au/imgres?q=hay...

((Whoa, how can you remember that. and Over here Total Drama world Tour is the newest one i think.))

((No, I checked for info for the episodes and Total Drama Revenge of the Island is the newest but, there will be a new one next year, once they have finished it.))

Mod
((Nope, your right- i checked with my cousins. I told them how many episodes were in each one and the name of them and they're like 'what in the world...' because i never watch it and i know more about it than them, thanks to you :P ))

Name: Roger
Age: 56
Gender: male
Specie/Powers: Spirit master
Personality/Likes/Dislikes: In the cusp of good and evil, likes power, dislikes world end. insane from using it too much.
History/Background: he has been chosen as a pure spirit user to become one. He was learnt everything there is too it and has discovered more stuff to the element.
Appearance,can put link for appearance: http://www.google.com.au/imgres?q=Mer...

Ashley, I'm guessing this is the Harry from One Dimension? ;)

reply | flag
message 34: by [deleted user] (new)
Jan 18, 2013 02:21AM
Name: Jenna
Age: 15
Gender: Female
Species/Powers: Dragon-Tamer
Personality/Likes/Dislikes: Jenna is fierce and stubborn, but mature for her age and a curiosity to most people who think they know her. She is a difficult person to make friends with, or even work with, but is fiercely loyal and noble. She likes most people who respect her and her power as being able to tame dragons, though it isn't used much as dragons are very rare. She dislikes being ridiculed and made a fool of, and will always go after whoever did it; she holds a grudge and never forgets a face.
History/Background: Her mother was assassinated when she was only a baby and her father was on a sea voyage. She was found in the streets by Silas, a young wizard, and taken home to his seven sons and wife, Sarah. When she was twelve she discovered her true past as her birth father Milo found her and explained all. Her mother had a dragon, but none has recovered it since her mother Cerys' death. (Jenna's dream is to find it.) Unfortunately, Milo died two days later and Jenna was left alone....again.
Appearance: 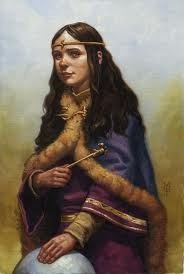 Hey! Can't wait to see ya in the murder of one!

I thought the name of Jenna from either TVD or PLL.

Name: Arabia Blackhold
Age: 489 (looks 19)
Gender: Female
Specie/Powers: Dark Angel, can make miracles (or curses ;) (you'll see)
Personality/Likes/Dislikes: Arabia isn't your average angel. At first she comes across as sweet, innocent, charming, beautiful, kind and as angelic as the next person, however, she is anything but. Cunning, manipulative, deceptive, bitter and callous, she's quite unforgiving and utterly determined to make people's live difficult. She's provocative and seduces any and all who come close enough (even the girls!).
History/Background: That's the question isn't it?
Appearance: [image error]

Name: Gaetana Nitram
Age: 13 human years
Gender: Female
Specie/Powers: Troll. She is unaffected by most magic and can fly.
Personality/Likes/Dislikes: Gaetana is very sarcastic and can easily be annoyed. Normally, she's bright and cheery. She loves cats, but was bitten by one when she was small.
History/Background: She, like many trolls, came from Alternia, a parallel universe, but when hell was opened, she was sent to this universe to help it.
Appearance,can put link for appearance:

Name: Septimus
Age: 15
Gender: Male
Species/Powers: Wizard/Magic
Personality/Likes/Dislikes: Septimus is very loyal and hard-working, generous and set on his goals to be a great Wizard. He is strong, but not physically, just mentally. He feels he is treated with disdain and can be arrogant about his abilities. Septimus fiercely loves his gigantic family and is actually looking for Jenna, his adoptive sister.
History/Background: Septimus has a huge family, consisting of his dad, Silas, his mom, Sarah, six brothers, Simon, Sam, Erik, Edd, Jo-Jo and Nicko, and an adoptive sister Jenna. All have been wizards apart from the final name. He was raised in middle-class and after Jenna left and her dad died they have all been looking for her.
Appearance: 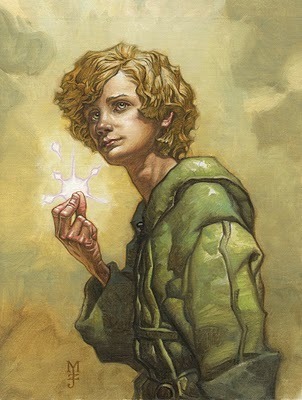 Mod
((This Topic Will now be closed. If you have any concerns regarding this, then please contact me or one of the other moderators.))

Name: Illyria
Age: Older than humankind, she is one of the ancient Old ones demons.
Gender: Female
Specie/Powers: Godess and warrior demon. The powerful pure-breed demons that ruled Earth prior to and during the rise of humankind.
Powers, she also possesses Bianca's powers.
■Superhuman strength, agility, reflexes, stamina, and near-invulnerability .
■Time manipulation.
■Teleportation.
■Interdimensional travel through self-created portals.
■Plant communication.
■Limited shapeshifting.
■Enhanced senses.
■Ability to differentiate between humans and non-humans.
■Empathy.
■Exceptional skills in hand-to-hand combat.
■In her true primordial form, Illyria possesses inhuman strength, endurance, and size, armored skin and multiple tentacles, as well as all of her original powers being restored to their full potential.

Personality/Likes/Dislikes: likes to win and rule the world, loves fighting, loves ruling and wants to return back to her throne and rule again, she will try to regain a new army of demons. Dislikes, her army destroyed, her powers taken from her. Hates humans and other creatures. Wants humans and demons to bow down to her and wants to kill every last human. Personality: TBA
History/Background: Eons Ago
Illyria's original form, as shown in a book's text.
Illyria was one of the legendary Old Ones that plagued the world before the time of man, and was one of the most feared and worshiped in that time. She ruled over the area of modern California from her temple Vahla ha'nesh and commanded an Army of doom comprised of thousands of demons, which she used to constantly make war on her rivals. She was loved and feared as few of the Old Ones were, so much so that she still had followers and acolytes in the modern day, arguably millions of years after her reign. When the Old Ones lost their claim and power over the world, Illyria was murdered by her rivals and her corpse was placed in a stone sarcophagus, her powers drained and placed in jewels embedded on her coffin. Her sarcophagus was placed in a mystical graveyard known as the Deeper Well along with the coffins of other Old Ones, to prevent her resurrection.
Prior to her death Illyria planned her resurrection and revenge against the world. Illyria's army was locked in inside Vahla ha'nesh and the temple was put out of phase with our timestream in order to keep it hidden. By unknown means, Illyria's sarcophagus would teleport itself back to California, where her Qwa Ha Xahn, her high priest, would resurrect her.
However, sometime in the passing centuries the army was destroyed, leaving only dust in its place which causes Illyria to be confused and at loss.
her high piest was DL and he resurrested her inside of Bianca when she was captured by him. Bianca died which allowed Illyria to take over her body. But because DL didn't get a chance to make Illyria follow him, he put her to sleep, allowing Bianca to take over, until she would remember and wake Illyria up. As soon as Bianca remembered, Illyria took over her body.