newest »
message 1: by [deleted user] (last edited Dec 19, 2012 10:40PM) (new)
Dec 17, 2012 10:01PM
Based off of the Lorien Legacies series by Pittacus Lore. Book 1 is I am Number Four. Book 2 is The Power of Six. Book 3 is The Rise of Nine.
So there's Earth, but there's also two other planets. One is named Lorien, and the other is named Mogadore. froze from Lorien are Loric, and those from Mogadore are Mogadorians, or Mogs for short. The Mogs are evil. Loric are the good guys.
The humans on Earth, well, they have no idea about anything about Lorien and Mogadore. They're just living their normal lives.
Each Loric Garde has unique Legacies. (Ex: flight, invisibility, pyrokinesis, mind control, antigravity, etc). They all have the power of telekinesis, super speed, super strength, and super senses. The Loric are very advanced; they have very advanced technology and stuff. They have often helped humans in the past, and there is a small handful of humans on Earth that knows about Lorien and Mogadore.
The Mogs are a whole other story. Like I said, their basically evil. But they're smart too, smart and powerful. They don't have anything like the Loric's Legacies, but they are very strong, physically well-built, fast (compared to humans), and very cunning. They're cruel and heartless. Their mission is to take over the world: they have Mogadore, of course, and they took over Lorien, and now they want Earth. They call it the noble mission of Mogadorian expansion.
When the Mogs took over Lorien, the Loric fought bravely, but they were all killed. Only a few got away, nine Garde (fighters), and their Cepans (mentors, protectors, teachers). A few chimeras were sent with them. Chimeras are Loric animals with the ability to shapeshift.

So, Garde have powers, which develop one by one as they grow older, Cepans do not. Each Garde has one greatest power, which develops last and is focused on fighting ability. Each Garde is the successor of one of the ten ruling Elders of Lorien, all of which are now dead. The ten Elders have the most Legacies, and the seven of nine Garde left now are destined to be even more powerful. There is one Garde who will become Pittacus Lore. He or she will have all Legacies.
Each Garde and his or her Cepan live together, traveling around the world, living under fake identities, constantly on the move, constantly switching from one fake identity to another fake identity, all to stay ahead of the Mogs who are hunting them. When the Loric landed on Earth, they all separated. There is an old Loric charm protecting them. They can only be killed in the order of their numbers, first Number One, then Number Two, and so on. For example, if Three is still alive, and a Mog tries to harm Number Four, the act will backfire and harm the Mog instead. When one of the Garde dies, a scar is burned into the skin above the ankle of each living Garde. The scar is shaped like the Loric symbol.
http://content.internetvideoarchive.c... 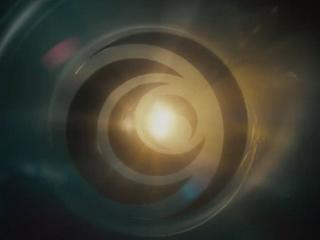 Each Garde has a a Loric Chest, which contains all kinds of Loric treasures that are supposed to aid the Garde in discovering his or her Legacies and fighting the Mogadorians. A Chest can only be opened by the Garde who it belongs to and his or her Cepan together. If the Cepan dies, then the Garde can open it on his/her own.
Numbers One and Two are dead. They and their Cepans were killed by Mogs. The Mogs are hunting for the others. They've found out about the charm, and they're looking for Number Three. If they find any other Garde, they imprison them, intending to keep them there until they've killed all the numbers before them.
The Loric charm breaks when the Garde come together.
Every Loric has a Loralite pendant with their own symbol on it.

Oh, I love this book series! Can I claim a Garde?

Sure! I want three though.