According to Carrier Talent Management, the talent agent of 19-year old Bronson Pelletier, the nearly unheard of actor has scored a “major role” in New Moon–

Congratulations to BRONSON who scores a lead role in the highly anticipated “Twilight” feature film sequel “New Moon”. It’s rumored he will be co-staring with Dakota Fanning.

No word on what role he has scored–he does seem to have some Native American blood–but he’s previously starred in the show Dinosapien and in the online crossover RenegadePress.com .

There is an interview with Bronson at Discovery, where he reveals his nickname is “Brown Skin”.

Who is he playing??? This is bugging the crap out of me. I saw this at school earlier today and I want to know!!!

Stephanie can u put some pics up of him?

I saw some picks but they were in black and white. He's decent. 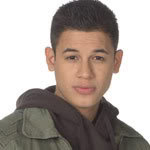 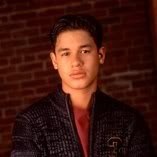 Hmmm... Well... Who could he be? Nothing comes to mind when I look at him... other than Rush Hour... He looks like someone who could be in Rush Hour in the third pic...

Quil or Embry maybe? He's not how I pictured anyone.

He sorta looks like the guidece councilar from Secert Life of the American Teenager.

They need to pic better looking guys...then again I bet they don't want anyone better than Taylor.

True... But they need decent looking guys!!! Ahhh! Sucky casting people. Jk I love most of their cast! At least now we have an idea of some of the new cast members

omg! meghan ur so rite!! i was like, ik him from some where!!

He's from Dinosapien, what ever that is.

Bronson Pelletier is a Canadian television actor, best known for his role as Jack Sinclair in renegadepress.com. He has also acted in Art Zone and Dinosapien.
According to his agency, he was recently cast for a major role in New Moon, the sequel to Twilight. No word yet on which part he'll play, but his First Nations (Canadian version of a Native American) heritage suggests that it will most likely be one of the werewolves of the Quileute tribe.
He is Plains Cree.

i think they should get native american actors. that guy doesnt really even look native

He looks like MR. Malina the guidence councilor from the srecte life!!

He may be a good seth. I could see him playing that role.

He seems to have a charm!

wait, who is he playing? do we know?

They haven't said yet...

Eeeeewwwww. Me either. Seth should be cute.

Agreed! PLus is Seth even in New Moon?