Make your charrie and go crazy!

Name:
Gender:
Species:(human/god/demigod)
Age:
Appearance:
Personality:
History:
Weapon:
Godly parent: (not needed if you are not a demigod)
Other:

Name: Laurelle Danvers
Gender: Female
Species: Demigod
Age: 16
Appearance: http://www.google.com.au/imgres?num=1...
Personality: Out of it. She gets distracted really easily but has a lot of really fascinating things to say. She'd be really smart but she spaces out waaaayyy to much. She just...leaves the room, is one way to put it.
History: She doesn't know. She lost all her memory and showed up randomly (I'll rp it)
Weapon: Throwing daggers
Godly parent: Hades (no-one knows)

Name: Melissa
Gender: Female
Species: Demigod
Age: 15
Appearance: http://images1.fanpop.com/images/imag...
http://hairstyles.thehairstyler.com/h...
Personality: She very stuck up and self-centered, but she can change if she had the right friend.
History: Grew up in a very rich household and was sent here for training
Weapon: Bow and Arrows
Godly parent: Mida, Greek goddess of Oaths
Other: Eyes change color sometimes

OO No one else has joined yet. It's so saaaaddd.... 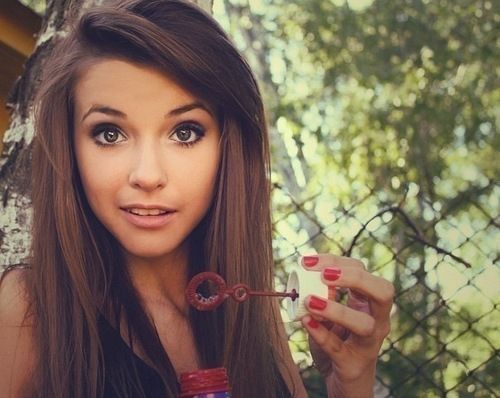 Personality: She's a trouble maker and can be a little mischievous. She is stubborn and will go to any lengths necessary to save people she cares about.
History: Her mom died when she was young, on her death bed she handed Jackie a sword and told her who/ what she was, Unfortunately she never said anything about Camp so Jackie spent most of her young life on the run from monsters. Eventually she was found by a satyr and taken to camp.
Weapon of choice: Her sword is called Xiphos which was a special present from her father who gave it to her mom until she was old enough to use it.
Godly parent: Poseidon

:)! Your friends with yu! lol Melissa and Melissa

Name: Clover Mason
Gender: female
Species: demigod
Age: 15
Appearance: http://images5.fanpop.com/image/photo...
Personality: clever, sly, she is a trouble maker. She is strategic, and cold until you get to know her.
History: I'll do this later
Weapon: All knives, throwing knives, Bowie knives, daggers.
Godly parent: Apollo
Other:

Awesome! By the way, is anyone going to go find Laurelle? Maybe we could have a game of capture the flag?

He's a demigod then. Not a human

Name: Echo
Gender: Female
Secies: Demigod
Age: 16
Apperance: Long Brown hair, blue eyes, perfect skin and body.
Personality: Loving, kind, mischievous, Hopeless romantic, happy, loves to laugh and play tricks on people
History: Lived by herself for all of her life, she lives by the river and on occasion her mother (aphrodite) comes and visits her.
Weapon: Her looks can put men into a tranz and she can make them do what she wants OR bow and arrow/sword
Godly Parent: Aphrodite
Other: She was hunted down and found Camp half-blood, she was reunited with some of her sisters and is new to everything, she is the most beautiful of all the girls there, she can have anyone she wants but she only wants a friend (RIGHT NOW ;)!)

Name:Iviline ((Pronounced: I-vah-leene)) "Ivi" Branwell
Gender:Female
Species:Demigod
Age:16
Appearance: http://i194.photobucket.com/albums/z1...
Personality:Ivi is quiet and shy. She always felt like she never belonged.
History:Ivi was born to Ana and Sam Branwell. Sam, though, wasn't her actual father. Her older(half) sister Charlotte was the prized jewel of the family. Ivi's parents didn't pay attention to her. Ivi was very close to her older sister, but when Ivi was 10 her sister got married and left the house. Ivi was all alone. Then, 3 years later, her parent's died in a mass murder. She went to live with her sister. Then, when she was at school a lot of stuff happened and she set the school on fire. Her best friend, Gorver, helped her to camp where she learned who she was.
Weapon:Dagger
Godly parent:Poseidon
Other:Ivi loves to read because of her sister even though she has dyslexia, and she loves poetry and old classics.

reply | flag *
message 21: by [deleted user] (new)
Jun 22, 2013 05:28AM
Name: Jak Perkins
Gender: Male
Species: Demigod
Age: 17
Appearance: http://kiritosword.com/wp-content/upl...
Personality: Jak is short tempered, a jokester, and quiet.
History: Jak was an orphan when he turned 7 ad had to watch out for his little brother who was 5. His brother died in a train accident when he was 15 years old and has never forgotten it. Now he doesnt let anyone get close to him and has no friends. He has been known to pick fights on occasion.
Weapon: Sword and bow
Godly Parent: Poseidon
Other: Loves to stay in the shadows and pick fights. Hates it when he is in the open and vulnerable

Approved I am so sorry, I know it's been a really long time since you posted your character. >.< Please excuse us for the wait.

Physical Description(be as descriptive as possible!):
Face/ head: soft, narrow but slightly rounded, has sky blue eyes, long, straight chocolate brown hair that goes down to her lower back.
Skin: mostly Caucasion with a bit of tan from being in the sun.
Body: Mostly slender, but still muscled. Figure is slightly curved: has long slender legs, fingers are long and good for small intricate work.

Clothing(Regular, Beach, Winter, and etc.):
at camp:usually wears the camp half blood t shirt with a small black leather half-vest with fur around the neck and arms and either jeans, capris, or jean shorts ( depending on the weather) and some old nikes.

Outside camp: basically the same thing but the t shirt is replaced by a plain maroon t shirt.

Beach: a argyle bikini top with some short shorts. Hair pulled back into a braid or ponytail

Weapons(and special abilities): she fights mostly with her fists but can usually handle just about any weapon the gets into her hands; her weapon of choice are celestial bronze knuckles, their hidden form is a ring.

Character Powers: can be very scary when she wants to; nightmare eyes: the ability to give someone flashes of their worst nightmare through brief eye contact. Slightly stronger than most other people, shadow travel ( mostly at night though), black fire( able to hold it, play with it, an throw it at people/ enemies.
Unrest: can't be around sleeping people without causing nightmares

Personality(be descriptive): was once very quiet and lonely( partially because to an extent she was shunned and avoided because of her eyes), now she's mostly cheerful, kind,and friendly; a bit talkitive with those whom she trusts and does her best to take care of the younger campers ( having been abandoned there when she was 5), though due to her abilities she is still a bit of a loner. She tends to keep to herself most of the time( she stays in the hermes cabin because even with the new additions Phobos does not have a cabin as it seems a few campers would get a heart attack from it) she enjoys sports, exercise, and fresh air; especially during the day.(no sleeping people). She is kinda scared of her own power ( albeit secretly)

Brief History: she was found in the rain right outside the camp boundary when she was 5 with bandages covering her eyes, soon after she was nurse back to health they tried to get rid of the bandages; but she refused saying she wouldn't make them look at her "like mommy had to" when she was about 7 she did take them off ( with some pressure from a fellow camper) and almost drove away a monster with it shortly after driving said camper almost insane through fear. She no longer looks anyone in the eye and trains to keep her powers under control daily.

Anything I missed: Greek; daughter of Phobos: god of fear/ nightmares
Hobbies: reading, sports, scary stories around the campfire ( her specialty.

Since you changed the history I'm going to delete your previous character bio, okay?

Name: Irene Perkins
Gender: Female
Species: Demigod
Age: 14
Appearance: Irene is a little on the short side for her age, only coming in at 5' 2". She has long blonde hair and electric blue eyes (and a bright bright shade as well. Her eyes are easily the most beautiful physical feature about her.). She has a small and slightly rounded face.

Personality: Irene is rather energetic and enjoys being with people and making new friends. She is easily tempered and often starts fights with the people that make her mad. Aside from that she is a very kind person and is extremely defensive, of herself and her friends and possessions.

History: Irene was born on a stormy night in central Arizona. She grew up there until she was twelve, but ran away because nobody liked her and her mom had lost her mind since her husband (Irene's dad) left. Being dyslexic and having ADHD made it a bit of a challenge for Irene to stay doing one thing for long. She eventually somehow found her way to manhattan and later, camp half blood.