Mod
Please make at least 2!!! So that there can be a native invasion!!!
btw, mahalian's ears are slightly pointed and they are all very agile...they are one of the closest race to elves

Species: Mahalian and shapeshifter
Powers: can speak with the animals and natrue *trees, sand, etc. can ask them to do him small favours like for a root he cuokld ak it to trip someone over, etc. when he changes into another species he has the power they would have. Can blend into nature. can go invisible. 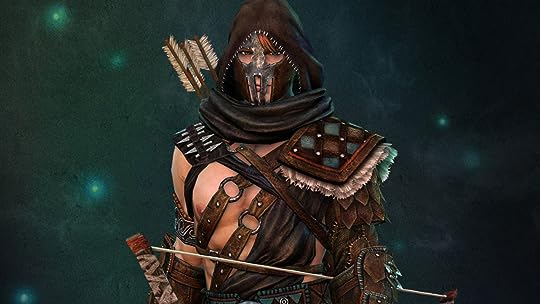 Personality: A strong, determined na dstubborn warrior. Has no fear but fear itself adn his tribe getting killed.
History: left mahalia in search of a new land an dleft his daughter to gaurd it. He sailed teh world, blended in with all the different cultures and religion. didnt like it. Didnt liek his men who were cross-breeding so he decided to return to the island

Occupation: cheif an dleader of the mahalia tribe
Strengths: lots
Weaknesses: the saftey and/or not saftey of his tribe

First name: Rena
Last name: Cham
Age: 14,009 years (from the day she was found, that is)
Place of birth: Assumed to be the island.
Species: Mahalian (?)
Powers: Healing; Can talk with trees; Is able to shapeshift into any kind of bird she wishes
Appearance: 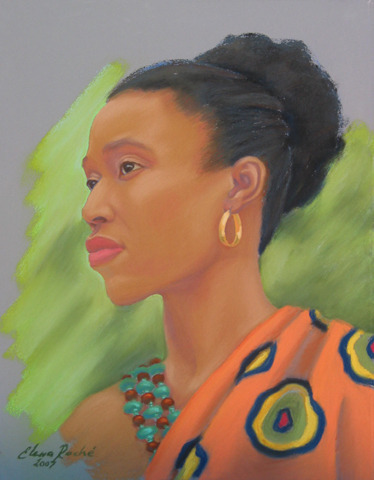 Stands about 5'6", and is very strong.
Personality: Puts the health of the tribe before herself. She can be very stubborn when she chooses to, and is an overall kind, loyal person.
History: She was found in the woods when she was very young, and was adopted by one of the Mahalian families. She was originally shunned because she was adopted and of an unknown race, but once her healing powers came forth, that faded away and she became a respected figure in Mahalian society.
Occupation: Healer
Strengths: Healing, bow and arrow, as well as dagger (though she despises using both)
Weaknesses: If someone she loves (such as her adopted family or the friends she's made) is in trouble... Well, she is very protective and will do anything to see them well. In most cases a noble trait, but not if someone's holding you captive and threatens to hurt a loved one if you don't obey them.....

Mod
btw, if you ar e a native, your baisic species is mahalian

Mod
and 1 question;
was she found on mahalia or when they went exploreing?

Betty
Aga
Frota
7
Female
13/12/56
Cardlota Mountain
Mahalian
Powers: None Yet, but extremley flexible, can stuff herself into thing etc, due to current liquid state.
Appearrance: 4.bp.blogspot.com/-XOlIZMAhxCQ/TddUfE...
Eyes: Once blue, now black.
Hair: Once blond, now black.
Personality: She thinks she's older/stronger than she actually is. Hostile, always needed to prove she's the best, and she has issues with reality.
History: Betty was in an accident with another Mahalian. She didn't die, but her body was severed.from her soul and rotted away. Cerle brought her back in a nearly identical body of black oil.
Strengths: She's so young the invaders won't jarm her. She is also quite fast.
Weaknesses: Her strength is minimal.
Other:

Mod
that
is
not
accepted
please
fill
out
the
proper
template

I know. She's not finished. My internet shut down while I was finding stuff.

And I can no longer do appearrance cause I was kicked off the regular computer.

Coolkidrox123 in new zealand righjt now!!!!!!!!} wrote: "and 1 question;
was she found on mahalia or when they went exploreing?"

The natives found her on the island.... Would she still count as Mahalian, then?

Species: Mahalian.
Powers: Anything she paints becomes real, and she can blend in perfectly with her surroundings. 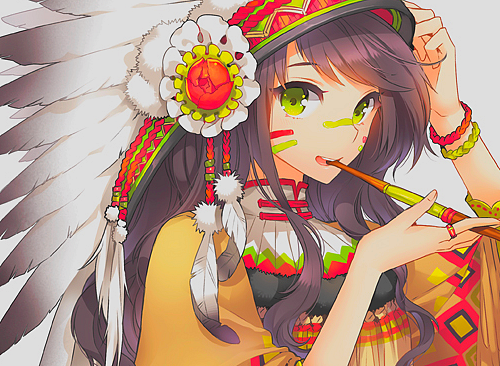 Personality: Shizra is one of the few natives who is kind and likes the strangers, but she loves her land and will fight for it.
History: Born here, raised here, loves here.

Species: Mahalian.
Powers: Kartik knows everything about someone, just by touching them. 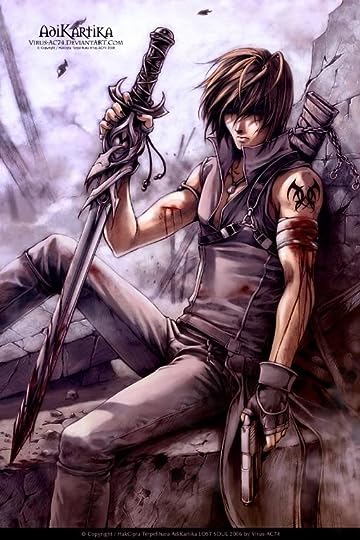 Personality: Very secretive, and stays hidden mostly.
History: Hates outsiders, and loves to fight. That's how he was raised.

Occupation: Warrior and intelligence gatherer.
Strengths: Strong, agile, fast, and smart.
Weaknesses: He refuses to change his ideas about the world.

Species: Mahalian.
Powers: She is always a perfect shot and can lure any male of any species she wants, but only to the point where she can kill them and they won't fight back. 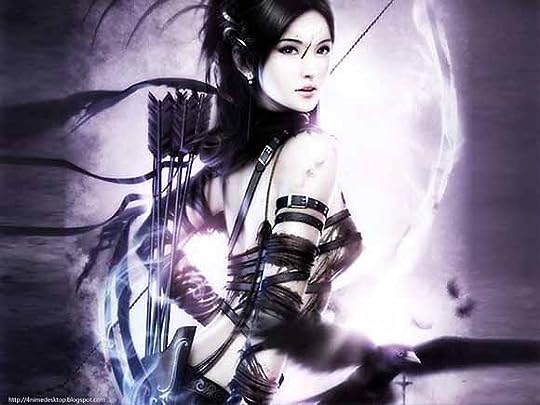 Personality: Tharesi can be quite blunt, but always does her job. She does not speak much.
History: She was raised always training, and is now a skilled warrior. 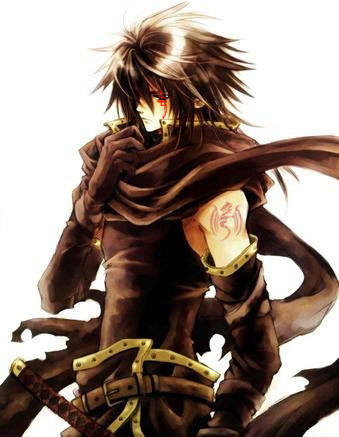 Personality: He usually has animals talk for him, and hides a lot, but once he starts talking he doesn't stop.
History: He was raised to be a warrior, but when they found he was better for learning things and hiding people, his position was changed, much to his displeasure. He has learned to like his job.

Occupation: Defense.
Strengths: Powerful, and energetic.
Weaknesses: Once he starts talking, he tells a lot of things he shouldn't.

Mod
Glindafied the Songbird wrote: "Coolkidrox123 in new zealand righjt now!!!!!!!!} wrote: "and 1 question;
was she found on mahalia or when they went exploreing?"

The natives found her on the island.... Would she still count as Ma..."


WELLL....how was she on the island in the first place??

Mod
and azzy. all accepted but.....one thing...the girl who paints stuff to life deosn't really have anything to draw on and/or with onthe island. i think maybvbe she drew when the natives left the island

Mod
If there's wood and animals she can make a paintbrush and paint on a tree like cavemen did by smashing berries :3

Species: Mahalian and fairie
Powers: Can control water, heal with water, scry with water. Can become one with a body of water...can turn into a mermaid

Personality: She is as gentle as water, as wild as the sea, as deep as a lake. she is like water.
History (Optional): She was born of a fairie mother and a mahalian father. No one but her father knows this but no one cares. She is a beauty and loved by all

Occupation (16+, Optional): Huntress, entertainer (her voice is as magical as the sea) and she is a beautiful dancer
Strengths:
Weaknesses:

Mod
Call Me Dangerous ~*Your Personal Sin*~ wrote: "If there's wood and animals she can make a paintbrush and paint on a tree like cavemen did by smashing berries :3"

Species: Mahalian and shapeshifter
Powers: shapeshifter, can make animals (and half-animals) do his bidding

Occupation (16+, Optional): Will take over as cheiff after his father dies
Strengths:
Weaknesses:

Crush (Optional):
Other (Optional): son of the cheif adn bro to artemis

Species: Mahalian and shape-shifter
Powers: shapeshifter (duh) and can make multiple copies of himself, each one as solid as the original.

Species: Mahalian, shape-shifter adn elf...... well.... his mother was an elf.
Powers: shapeshifting, great agility and sences. Can ran super fast. can freeze, speed up and slow down time.

Personality: He is quiet an ddark , always in the shadows of his two older siblings. His brother will become cheif some day, his sister talks to nature as if its her first language. Shiro always felt like a failure. He wasn't even a true mahalian. He'd been born of another mother in another countrey. He is seen as a stranger and an outcast... 'the ugly duckling' by the other natives. He is always alone, always made to do or go on missions no one else wanted.....he was the one who was sent to take care of the kids with the deceased parents, he was the one who had to fetch the wood, he was the one who, in a fight, had to stay home and wait....cook dinner...not even hunt...even though he was great at hunting. He was great with a bow and arrow...but the rest were better than him..thats what they all say and he belives them.
History (Optional): While on another islane (*cough* middle-earth *cough*) the cheif fell in love with an elven warrior and *cough* they secretly .... did-it..... *cough* (wow, im haveing a sesiure).... 9 month later Aragorn was born!! YAYAY much to the dissmay of the mahalians. The elf stayed as they sailed off to explore more worlds!!! with Aragorn.....

Mod
is it me, or are they hot?

The natives found her on the island..."

I'm not sure whether or not she was born on the island... Can I leave that to be figured out and revealed later in the roleplay? 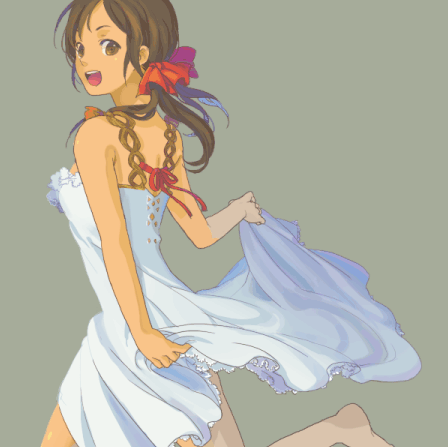 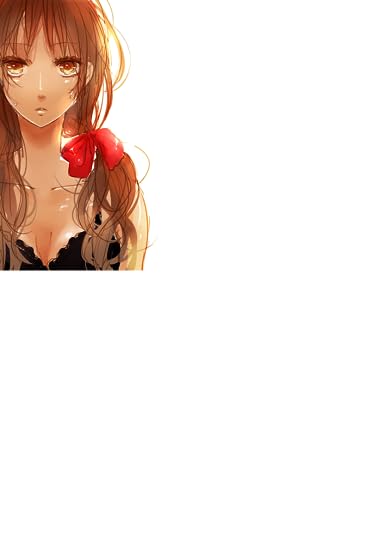 Occupation (16+, Optional):
Strengths: Very skilled fighter, good with battle tactics and thinks before acting.
Weaknesses: Being stubborn?
Crush (Optional): Perhaps will be Larkan...?
Other (Optional): There are rumors that she went against one of the terrible beasts on this island and killed it. She had been gone for three days and nights before returning with many cuts and scars.

Age:116 and a half years(Looks younger)
Place of birth:Mahalian Island

Personality:Friendly,easily scared,sometimes the connection with her sister is taking over and she's ruth- and emotionless.

Crush:None/OPEN
Other:Thinks she'll never see her half-sister Kat again. She has a little necklace with a stone that helps controlling her powers. Always has an aura of fire floating around her.

Mod
gtg so will accept later


that power is sort of taken by Julia

Age:16 and a half years(Looks younger)
Place of birth:Mahalian Island

Lol, I meant about Itali's power...

So Itali can't have it?

Now I must think of another...

Mod
XD sorry!! but mayeb yuo can have an elemental power in a way that others don't/ Like... Julia draws power from the elements around her nad uses it to her advantage. you cna have other ways of controlling the elements. like... maybe you have speacile stones that allow you to control certain things. or maybe you can have swords that have a connection the an element

Hmmm..... What about having these special bracelets that connect her to the elements?