Below is the form that you need to fill out for the character that you will be role playing with. Please fill everything out! You can have up to 2 characters, one has to be a boy, the other a girl. I want to keep it as even as possiable. Now, everyone starts off as a rookie except for two people. Those people would the be the leader of the Iron Warriors and the Co-Leader. The leader spot is already filled but the Co-Leader isn't. In order for your character to become a Co-Leader he/she must but at least 25 years old and I have to accept there character. Also, you character was in a military branch before they got invited to join the Iron Warriors. Not all of you can be from the Marines, make your character diverse from others please. Rookies can start rping whenever. Thanks!

Apperance: You can either describe it or use a real picture. No anime pics, sorry!

Why did he/she join the military?:

What branch of the military was he/she from before he/she was invited to join Iron Warriors?

Personality: Commander Jason is a very serious guy but knows how to have a good time. He loves to laugh and talk with the guys in his unit. It is hard to make Jason made but when you do, you need to clear the room.

History: Jason was born in California and showed intrests in joining the military when he was 6. His parents of course supported that dream and got him involved in every military thing they could think off. When we was 18 he joined the Navy and by the time he was 25 he was Navy Seal. When Jason was 30 he was offered to lead the Iron Warriors and he accepted it.

Why did he/she join the military?: Because he always wanted to.

What branch of the military was he/she from before he/she was invited to join Iron Warriors? Navy

Other: Is the leader of the Iron Warriors. 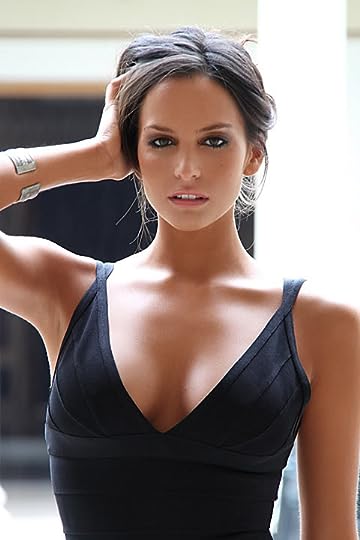 Personality: Mia is a very nice and smary girl. She is very social and is everybodies friend. Mia is very outgoing but knows when to be serious. She gets picked on a lot because she is a female in the military.

History: Mia was born in a small town in Georgia. She didn't grow up rich but her family got by. When she was 14 she decided that she wanted to join the military. So she graduated early from high school at the age of 16 and applied for the Army. It took a lot of convinceing since she was so young but they accepted her. When she was 20 she was asked to join the Iron Warriors.

Why did he/she join the military?: Because she loves the United States and wants to serve her country.

What branch of the military was he/she from before he/she was invited to join Iron Warriors? Army

name: luan lucia dark
nickname: luna
age: 19
rank: rookie
pesonatily: she is serious alot of the time. she can be down to earth. she has a hard time paying attain to orders
history: luna was for in michgain. she was raised to hunt. so she is dead on with a gun. her whole fmaily was in the army/ special forces. all have a background of serving thier country. she applied to the navy( specail forces)
married:no
kids:none
why did she join: she joined beacuse she wnated to follow her famils footsteps.
waht branch : navy
other... learn
appreance. she has black brown and red hair, tan skin brown eyes. and is around 5"8.

name: jason luke fly
nickname: jason or luke
age:25
height: round 5"9 or 6 feet
appreance: he is tan skin black hair that is cut short. brown eyes.
personality: will follow orders if he thinks they are right. he will stop any fight between fellow members.
history: he grew up in washington. and he decied he needed to get his life straight.so he joined the army.
married: no
kids:none
why did he jin: he was going towards a bad path and knew he ahd to straighten out.
what branch: he was invited to iron warriors. the day after his boss retired.and army.
other. he had a bad streak before he came here and truned it around.
rank: private

What is your rank?

Rank: Rookie (Won't mind Co-leader if he applies for the role)

Apperance: A tall and very well toned Caucasian man with a shaven head and red goatee, particularly intimidating. Whatever he wears, he usually has a patch of his family's Scottish Tartan, which is a green and blue color, somewhere on his clothes.

Personality: He's of a serious temperment, but bears a strong sense of brotherhood and loyalty to his fellow soldier. You'll rarely see him run from a fight, unless he's ordered to, and tends to look out for others in the heat of battle. In casual times though, he's somewhat outgoing, but tends to just stay in some gym to punch a bag just to keep to himself, often looking like something's always eating at him.

History: Born to a Scottish family living in New York, Connor was raised to think little of war but possessed a warrior's soul, often thinking and hoping to join the army. At first it seemed he would be steered away from the military life after having an unplanned pregnancy with his fiance to be, Jenna Reeds.

But it would soon fan the flames, as Jenna and their unborn child fell victim to the destruction of the 9/11 attacks. After a week of shedding tears, Connor signed up.

Why did he/she join the military?: Lay his inner demons to rest, and vengeance for his Jenna.