Mod
Okay, now as some of you may know, some teams have apprentices. These people help the mushers with the team and learn from them to be a musher some day. Well here, you can create your own musher. **There can only be one musher per team!** Guidelines are below.

Mod
Name: Zander
Age: 16
Gender: male
Appearance: http://www.google.ca/imgres?q=pretty+...
Personality: Zander is an angry person. He dislikes the world, but it's because he was emotionaly scarred as a child. He has a soft side that only the dogs get to see. He chose Chanellas team to be on because he had a very strong connection with some of the dogs. He respects Chanella, although grudgingly.
History: Zander was abused as a child and sent to a foster home at 12. He went through many foster parents, escaping from all of them. He would live on the streets, stealing to survive. Eventually he found himself in jail for it, and he chose the probation with the dogs.
Favorite Dog or Dogs: Phinix, Domina and Azalea
Team: Chanella 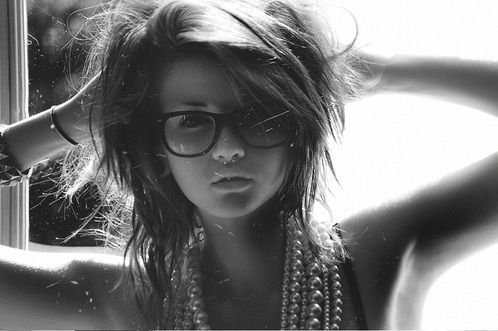 Miranda looks very grown up (mature) for her age. Her skin is always nice and tan. She has a great complexion. She wears glasses sometimes; most of the time she prefers not to wear them only because she thinks it makes her look like a nerd. She has Brown curly hair that goes down to her shoulders. Looks looks straight as well. Her eyes are a beautiful hazel color. She doesn't like to wear that much makeup. She only puts it on for special occasions.

Personality:
Miranda is popular and sensitive, with outstanding people skills. She's externally focused, with real concern for how others think and feel. She usually dislike being alone. Miranda is the type of girl that see everything from the human angle and dislikes impersonal analysis. She's very effective at managing people issues and leading group discussions.She's Interested in serving others and probably place the needs of others over her own needs. She is very affectionate to all the dogs on Clea's team. She cant pick favorite because she loves them all.
Miranda is the type of girl that will do anything to save a animals live. When she grows up she wants to become a private vet for Clea and her dogs.

Miranda is also the type of girl that can be really quiet and reserved. She interested in how and why things work. She has outstanding dog skills and can tell if any of them are in pain without them showing it. She also strikes people for a big risk-taker who they live for the moment. She's interested in and talented at extreme sports (Sled dog racing). She's uncomplicated in her desires. Loyal to her peers and to her internal value systems, but not overly concerned with respecting laws and rules if they get in the way of getting something done. She's detached and analytical, she excel at finding solutions to practical problems.

Favorite dog: All of them
Team: Clea's Team

Name: Leticia "Letty"
Age: 17
Gender: Female
Appearance: [image error] Her hair is almost waist length an wavy near the ends though she streightens it,She has the Features of a Latin Born but she is not, Her eyes are tricolored, both of them Blue with green and golden sparks throughout them.
Personality: Tomboyish, She loves to be rough and Tough with her Brothers and loves to explore, She's a quick study and wants to do well
History: Unknown but she was born in Anchorage
Favorite Dog or Dogs: All of them.
Team: Genivae
Other: She's going to Adopt Viper as a Pet 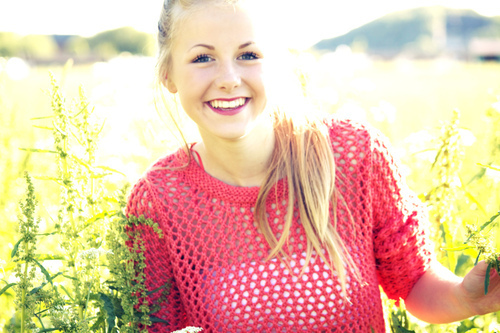 Harper is quite a pretty girl. She has a natural beauty but doesn't realise it herself. Her long blonde hair falls just above her hips when out, but she usually wears it pulled back in a ponytail. She has bright blue eyes, flecked with violet around the pupil, perhaps her most distinctive feature. She's average in height and slimly built. She's one of those annoying people that, no matter how much they eat, they never get fat. She has long legs and she had fair skin. She never bothers with makeup, as she claims "it wastes too much time!".

Personality:
Harper has a bubbly personality and she's constantly happy. She has a calming aura about her and people and dogs always feel at ease around her. She's quite adventurous and her curiosity is forever getting the better of her. She's kind of destructive, though, does not mean to be and it's clear where she has been. Harper has always loved animals because she grew up on a farm. She's great with people, but is quite shy when meeting new ones. She's had a big family all her life and loves them more than anything else. Harper is a family girl and she always looks out for them, no matter what.

She is a friendly girl, so easily befriends others, though isn't always the one to make the first move. At times, she can be lost in her own little world and usually has to ask someone to repeat what they said to her because she didn't catch it the first time. She's the type of person who doesn't worry about herself and there is hardly a time when she becomes self-centred.

Despite her bubbly exterior, Harper is very sensitive, so you really have to watch what you say when you're around her. She's a helpful girl and if someone asks her to do something for them, she never hesitates to oblige. She's easily influenced, but is not one to trust others when she meets them the first time. It can be hard to earn Harper's love and attention and only someone very special would be able to win her over.

Harper is energetic and she can never sit still for long stretches of time. She always has to be moving, and she can't be in one place for too long, otherwise she becomes restless and skittish. In her free time, she would prefer to be writing or reading or helping out with the dogs then sitting down in front of the TV or playing a computer game. She's the outdoorsy type and usually spends all her time outside rather then being cooped up within the confines of a building. She's not popular and doesn't aspire to become it. She's happy being the person she is and, for the most part, doesn't care what others think of her.

History:
Harper has always lived around animals, because she grew up on a farm. As a child, she would trade anything to be outside, collecting eggs from the chicken coop, feeding the food scraps to the pigs, rounding up and milking the cows, nursing the baby animals or even mucking out the horses' stables. She would do anything to be out on the quad bike or riding on the horses and was hardly ever seen inside. She would disappear at seven in the morning and only return at six at night.

Harper's dad has always been her hero and when she was little, he would always take her out on little adventures. She loved him more than anyone, so when he was diagnosed with cancer when Harper was twelve, you can only imagine how horrible it was for her. She had no idea what to do and her dad tried to reassure her. His days were numbered but he wanted to spend as much of his last year with his youngest child.

Harper grew up in a big family with seven kids and she was the youngest and closest to her dad. She had never been as close with her mum and she too wanted to spend all the time she could with her dad. He'd been told he had a year at the most to live, but he never failed to keep a positive attitude. For his kids and especially for Harper. There was quite a gap between Harper and her sister, who was seventeen when she was twelve, so Harper never grew close to her.

Everyday, her dad grew weaker, but everyday he made sure to be special for his daughter. They went on picnics out on the moor, travelled all the way to the beach, rode their horses through the countryside and made sure to care for the dogs. When Harper's dad had been eight months into his cancer diagnosis, he took a turn for the worst and continued to weaken even further. It came to the point where he could no longer leave his bed and Harper was more than distraught. She stayed by his bedside until the end. He passed away the day before her thirteenth birthday and no one could do anything to make her happy. Her dad had always been the only person to make that possible.

After she spent a while in depression, she decided that there was no point in acting down all the time, so she tried to and succeeded to get herself out of her state of depression. She went back to helping out on the farm and doing everything she'd done before. Soon she was happy again, back to the old Harper and everyone was overjoyed. A few months ago, she heard of the apprenticeship for the sled-dog team and was more than fast at snapping up the job. She absolutely adores the dogs and Mondivae has become a fantastic friend to her.

Favorite Dog or Dogs: Harper has a soft spot for Euryale and Harlow, but loves all the dogs more than anything.