personality : She likes to have a good time but can be really mean and rude. she is really touch and she can be kinda scary she hasnt been the same since her friend died. not a lot of people like her.

history: she was good friends with her and when she died she was heart broken. she lost a friend and hasnt been the same since.

Personality: Natalie is one of the most popular girls at the High School. She is pretty, fun, and intelligent. She has no trouble making friends. She has a very easy going personality, and that causes people to become easily attracted to her.

History: Natalie's younger brother, Boris, died as a baby. His twin survived, however, Henry, so it's sort of weird. Other than that, her past life has been relatively normal. Her older brother is Juno.

Other: She loves to draw, and is very observant.

personality : Jacelynn is the opposite of girly, but can be very childish. She does not often smile or laugh, and dislikes females. She prefers to spend her time with boys, because it's less drama and more fun. She doesn't mind not being popular, and loves to tease the people who are.

history: Jace stays away from most people, and is a virtual stranger but for the few who like her.

other: Always carries around her stuffed bunny named Mr. Ears.

Personality: Darcy stays mostly to herself, and doesn't really talk to people. She's pretty smart, but her real strongpoint is art. She does mostly drawing, which she's very talented at. If anyone would take the time to get to know her, she has a sarcastic sense of humor, but is a nice sweet girl.

History: Darcy had a normal childhood. She doesn't really have any friends, but she loves her family to death.

personality : she is a very kind, caring, loving, and understanding person. she loves to sing, act, dance, and play violin. she also loves to draw and paint. as you probably guessed, she LOVES the arts. she is very talented.

history: has a mother, her father is dead. her sister was Anastasia Grace.

looks: Has hair that goes down to her shoulders and bangs that cover her left eye. She wears all black except for white cut-off gloves.

history: When she was ten her parents disowned her and she has been on her own ever since.

Name: Millie White
Age: 16
Looks: She has hair that goes down her back. She always has it in some sort of cool braid. She has bangs that frame her face with freckles scattered her face.
Hair Color: Orange Blond
Eye Color: Deep Green
Personality: she is always bubbly and positive. She likes to show off sometimes because she feels the need to have attention. When she is sad you could tell she seems more distant and not reall with anybody, even though she tries to smile when she sad. She has ADHD which stops her from paying attention for a very long time.
History: She has a older brother that she doesn't really see a lot because he tries to stay away from their parents that aren't very supportive on the decions they make. She doesn't see her parents very often, her father usually comes home drunk on the days he doesn't have work. Her mother is always to busy working and supporting her family that is slowly falling apart. Her best friend died a few months ago but know one knows why.
Crush: Still open 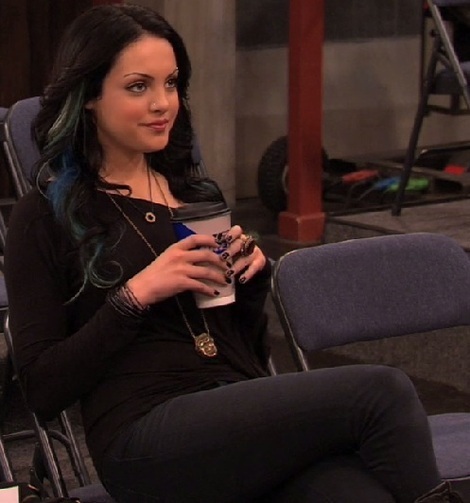 personality : Jade is somewhat mean and rude to many people.When she and Her ex boyfriend were dating, she was very jealous and very possessive of him. She doesn't like being told what to do and often points out that she's doing something because she wants to, not because someone told her to. However, she seemed to obey her ex boyfriend, and he is the only one able to calm her down and make her at least somewhat polite and nice to other people Often, She is considered "weird" and "disturbing". She has a macabre sense of humor, as well as somewhat sadistic tendencies.She also seems to be worried about her father's opinion of her hopes and dreams. Jade hates many things for various reasons, She also seems to have very subtle ways of revenge, and rarely physically hurts someone,Despite her usual personality, she seems to have a bit of a soft side for young kids,

history: Jade grew up with her cold and judgemental father that hated her for being a girl. She never knew her mother as her mother died when she was 2. When Jade was ten her father died and Jade was left in the care of her aunt. Her aunt hated Jade for the style of clothing she wears. She hates her aunt with a burning passion and can't wait to move out on her own. 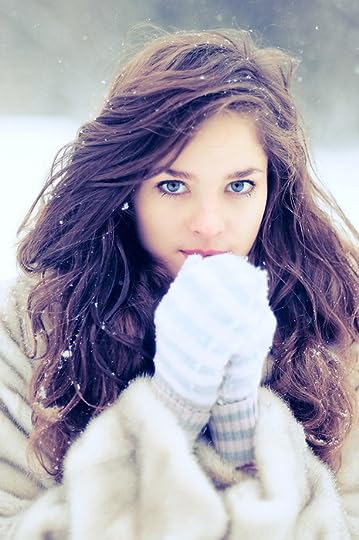 Personality : If she's not friends with someone, she will be reluctant to talk to them. She makes friends easily and is very popular at school. Rose loves to hang out with friends and hates homework.

History: Rose has lead a very normal life. She's a cheerleader and figure skates. Her parents are wealthy and own a large company.

Looks good to me c:

personality : Jade is somewhat mean and rude to many people.When she and Her ex boyf..."

Personality : If she's not friends with someone, she will be reluctant to talk to them. She makes friends easily and is ..." 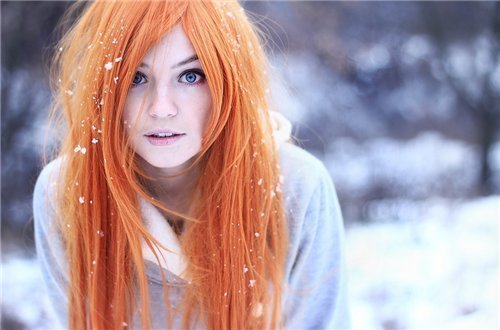 Hair color: Orange
Eye color: Light blue
Personality: Jordyn has an obsession with eyeglasses, detective novels, Taylor Lautner, Twilight, and wolves. She believes in werewolves and believes them responsible for many deaths.
History: Jordyn has always believed that her parents have never loved her enough, and that came true when they told her that they wished that Anastasia was their daughter, not her. She ran away and now lives in a small cave with 2 stray dogs.
Crush: Juno
Other: Likes dogs

Thank you, check out some of my other roleplays, they are quite intense charries.

The Mysterious Death of Anastasia Grace