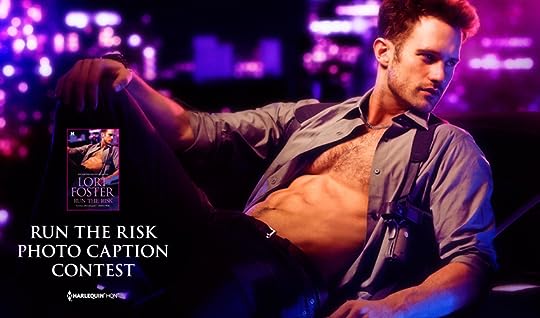 Harlequin is hosting a photo caption contest for Run the Risk by Lori Foster. My entry probably won't win, I kind of saw it as a fun caption for the photo versus for the book, but I'd love to know the person who does win.

Here is the link to the contest (as found on Facebook. See contest for the complete rules and prize information):
https://www.facebook.com/HarlequinBoo...

I thought it sounded like fun. Alas, no one is voting for my entry.

Run the Risk (other topics)