The Undead Heart (#1) by Tate Jackson


Rebecca Stockdale had enough issues in her life; parents that hated her for the strange abilities that she had been born with, she was about to move away from her sister and only friend, Bev, and she had had a really bad date that would change her forever.
Just when she was about to escape the drama that she had always lived in, Richard, a vampyre, walked into her life and shattered her reality with one request; travel back in time to 1888 to stop a psychopathic vampyre bent on revenge and save the family she never knew she had.
She would be joined on her journey by a band of vampyre hunters. Hunters who, centuries ago, had vowed to slay all vampyres. A vow they set aside to protect the family that they had come to love, knowing that the outcome of that decision would be an eventual battle. A battle of decapitation and blood; a battle they may not survive.
She was leaving a life she would kill to get away from for a family she would gladly die to protect, but could she do it? Could she make it back alive? Did she possess the strength and courage it would take to change the past and save their future?
She was about to find out.

The Undead Heart is the 1st of the 3 book Blood Thirst Series.
http://www.amazon.com/Undead-Heart-Th...
Blood Thirst (#2)
The continuing story of Beck Jaxon and her family: The Young/Jaxon family won the battle, but Elderson escaped, again. Now, Beck and her family have to deal with the losses they suffered during the battle with Elderson’s clan.
They bury their dead and morn the loss of their family members. But there would be no rest for them. Elderson may have escaped this time, but he will be back. He wants Beck dead and will stop at nothing to make that happen.
Will Elderson succeed, or will Beck and her family finally rid the world of Royal Elderson and the evil he has unleashed for centuries?
Blood Thirst is the 2nd book in the 3 book Blood Thirst Series

There are reviews for The Undead Heart on goodreads at:http://www.goodreads.com/book/show...

The info and reviews at the link on goodreads for The Undead Heart is correct but the over is wrong! 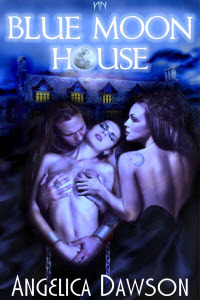 available in all formats at: Naughty Nights Press