Mod
The Immunitatem are the immune to the mutated.They never changed species and they dont have to obey the mother.

Appearance:looks more like an undeveloped 16-year-old than an 18-year-old.She's fair skinned,and she looks quite flawless other than the small beauty marks she has on her left. cheek.She looks quite dainty,though you shouldn't underestimate her.Her green-blue eyes could possibly be her best feature.She has long,chocolate brown hair that cascades down her back in unruly waves. She has a set of long legs that girls would kill for,but sadly she is very unappreciative and hates them.She claims they make her look lanky,and that they take away from what little figure she has.And while that is half true,it doesn't make her look lanky at all.She has a graceful touch to her stride.She stands at 5'11" and weighs about 112 pounds. 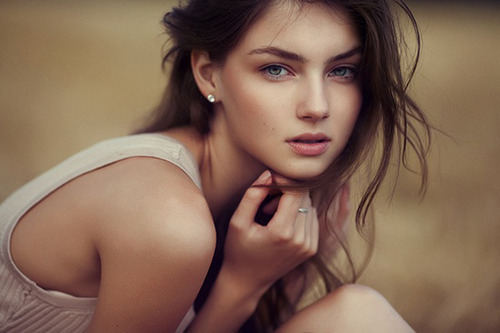 Body Type:Cassidy has a slender and hourglass figure,but with all the running she has done her body is pretty athletic even though it doesnt look so.

Personality:Cassidy doesn't associate much with other people.Shes an observer,or an analyzer if you please.She is very mellow and calm,not very bubbly and hyper like other girls.She doesn't get very mad or angry,rather, she contemplates on what to do before taking action.

Though this doesn't mean she doesn't know how to have fun.Shes quite the sweet girl,and she loves to do activities.She just isn't as laughy and giggly as other girls.She thinks shes better off without all that anyways,she thinks that people can see her better like she is.She isn't all that quiet either.She can actually be quite talkative.She also knows how to laugh and smile too.It's just not *giggles* or *beams* sort of thing.More of a *chuckle and laugh* and *smiles slightly* type of thing.It's just harder to get her to be this way around you.The only people she acts like this is around her brother.And well,he's millions of miles away.So good luck on getting her to actually talk first.

Cassidy is very over protective of her family and loved ones.This is the only time you'll see her do rash things.Whenever somebody she cares for is in danger or hurt,it causes her to do without actually thinking.Shes done it before,and she'll do it a million times if it means getting her loved ones safe.

She has a real hard time trusting and interacting. She doesn't know how to speak with people outside of her family. Shes very sheltered,and she always has a rough time opening up to people.She used to be very good at it,but ever since shes been wounded by betrayal and hurtful people,she hasn't been the same person.

Cassidy's very competitive. She loves sports and competitions,so she's built up quite a competitive attitude.She goes 'dark' as some people say and she becomes this winning machine who throws insults and glares.When she's like this she's very different from how she normally is.

Though,just because she's usually quite and careful, she can pack quite a punch.Make her mad and she'll lash out at you with hateful glares and rude words...It doesn't take quite a lot to get her mad and frustrated,so don't feel like you've done quite much when she starts spitting out snarky comments.

Overall,this girl is a mystery.And she hasn't even figured out herself.Many surprises await with such a personality,so be quite aware around her.

History:Cassidy was like everyone else.She was born from a mutated,but she wasnt like the others.Like the immunitate,she was immune to the transformation.She learned how to act like one,so when she was able to get out she ran away from the mutant city,even though she was supposed to stay.Shes been trying to locate one of the bases,but to no avail,she hasnt been able to find one.

Likes:Running,the feel of adrenaline in her veins,the nature.Though it seems like she would be the someone who cringes in fear due to how quiet she is,she is very dauntless. She likes the adrenaline rush she gets when stupid and rash things are done,so yeah,she's an adrenaline junkie.She gets herself into stupid messes.Well, Cassidy can climb very well.And heights don't scare her.She has great upper and lower body strength,and even knows hand to hand combat.She's good with guns and aim.

Dislikes:The doctors,mutants,the transformation system.She has horrible balance and she isn't very good at channeling her instincts.She can do commands great,but alone she sucks. She doesn't like the image of blood,and even the slight smell or sight of blood will make her cringe and possibly pass out. She is extremely claustrophobic. She hates anything that has to do with tight,enclosed spaces.She can't be crowded around people,and the feeling of no escape terrifies her.She's terrible with any other weapon that isn't a gun.She doesn't have very good memory,so she's quite forgetful.She doesn't trust people very well,and she isn't good under pressure.Has LOTS of panic attacks.

Appearance: Skylar looks quite young for her age with her almond shaped eyes which seem to be a little too large for her small face. Her eyes are a deep amber with tiny flecks of gold spread through out. Skylar is petite with a slim waist, small curves and long legs which have her standing at 5'9". She has fair, porcelain like skin which is smooth and unblemished. Her long, lush eyelashes cast shadows over her prominent cheek bones which are often colored a light pink. Skylar has a light dusting of freckles along the bridge of her pointed nose. Skylar has full lips which are a natural pink shade and are usually pulled into a firm line. Skylar's hair is a dark brown that has natural caramel streaks spread throughout; it tumbles down her shoulders and to the small of her back in loose waves. 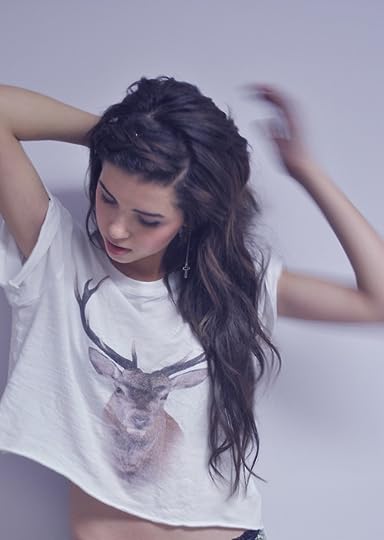 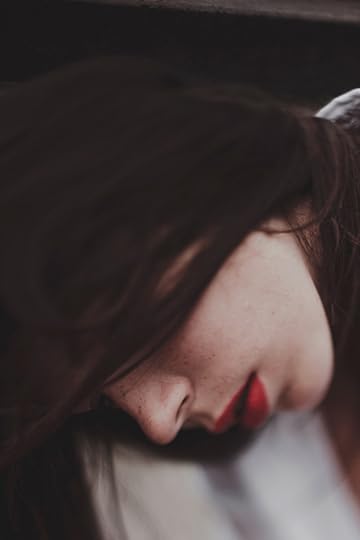 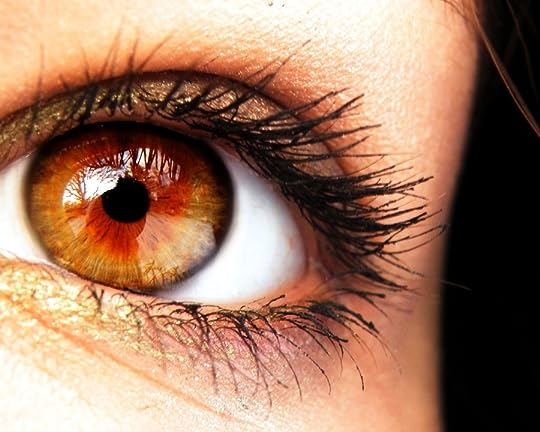 Body Type: Lean and quite toned.

Personality:
Skylar is forced to pretend to be just like the mutants; dark, cold and ruthless. She may act it but she hates it, she hates being cruel and heartless. Skylar really is one of the sweetest, most sensitive people out there and she almost always feels the need to burst into tears at the sight of the world. Skylar learned quickly that she was alone, she knew their were others like her but she didn't know who she could trust with knowing her secret.

Over the years Skylar learned how to hold back her emotions, you'll never know what she is thinking. Her expression is often blank and her eyes are empty of everything; pain, happiness, sadness, all gone. At times a flash of pain or sadness will flash across her eyes before she has a chance to hide it but other wise she keeps everything hidden. As well as hiding her emotions Skylar has learned to be an excellent liar, well, she has to be. Skylar has never enjoyed lying to anybody but it can't be helped so she learned to be good at it. Skylar can come up with a lie on the spot and it will roll of her tongue with ease and it's near impossible to tell when she is lying.

History:
Skylar was born into a family that was mutated and knew nothing of love and knew only how to cause chaos. To anybody else at the time that wouldn't be a problem since they would be the same but not Skylar, she was different. Skylar was one of the immunitatem so she was immune to the transformation. For years Skylar couldn't help but feel different and sad, she knew people were doing bad things but she never knew why. It took Skylar till she was thirteen to realize she was different and that the mother would not like that so that was when she started pretending, started lying. Skylar grew up pretending not to have a conscious but it killed her watching everything that went on around her. She could have escaped, she'd thought about it, no, she didn't just think about she was about to do it, she had it all planned out. The day before she was about to runaway she spent some time with her older brother whom was a mutant, he was so dark and heartless that it broke her heart. She realized something then, she couldn't leave him, she had to find some way of turning him into the person he should have been, so with that, she stayed.

Likes:
*Smiling
*Being herself

Dislikes:
*Not being able to trust anyone
*Lying
*The Mother

Appearance:looks more like an undeveloped 16-year-old than an 18-year-old.She's fair skinned,and she looks quite flawless other than the small beaut..." 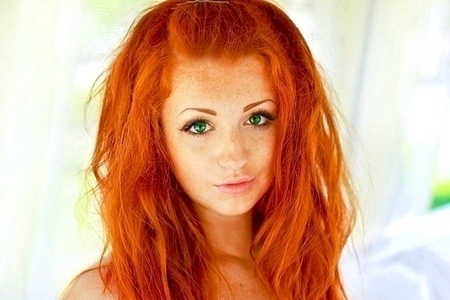 Body Type:Really skinny, but has some curves

Personality:Lis is very mature for her age. She is one of the most peaceful people you will ever meet, though she can fight if she is in danger. She is good at acting like the others, but it pains her to do so. Blood makes her stomach turn and meaningless violence infuriates her. Her greatest desire is never to be forced to take another persons life. Lis is also really excessivly smart and can kind of sense the future, like a sixth sense. She is an expert at hiding and escape and finds an art in it. She also has a silver tongue, though she rarely sees it fit to use it.


History: The first thing Lis remebers is being locked in a suitcase for three hours straight by her mutant sister. That was when she was three years old, and when she first discovered that she was different, immune. Her family constantly appealed to her conscience just for the sake of manipulating her and causing her pain. When she was eight, she ran away. Lis has managed to survive on her own, do mostly to her ability to escape. She had been caught before, but she was never kept long. That was when she learned about the other sooners, and when she finally considered herself one of them.

Likes:
- showers (when she gets the chance)
-do have people call her pretty
-the feeling of rebellion and freedom

Other: IDk, will keep her updated though.

Appearance:looks more like an undeveloped 16-year-old than an 18-year-old.She's fair skinned,and she looks quite flawless other than ..."

That was posted months ago so I didn't really steal anything..

That's th picture I have for one of my book characters, I was just kiddng anyway,

Name: Scar Shadow
Age: 19
Gender: male
Appearance: when he is depressed:
http://m.weheartit.com/entry/59910095...
When he is happy:
http://m.weheartit.com/entry/51064679
Height: 6'1"
Personality: he is very tough, bold, daring, crazy, and is a total party animal.
History: As a you boy his parents where murdered and he swore to get revenge. He started training and fighting at age 7, at that point he started fights just for practice. Now he gets into fight with all of the leaders lackeys hoping to battle with the leader herself one day.
Likes:cats and girls
Dislikes: dogs and boys
Crush: Sky
Sooner?: yes
Other: he is fearcily protective of those he cares about.