Keeping A Weather Eye on the Horizon ~A Pirate Roleplay~ discussion

Appearance: Anne has a bright shock of red curls. It stays loose, to fly in the wind as she stands at the bow of the ship, grey-green eyes scanning the horizon for any unfortunate ship they may encounter. Though she is on the smaller side of things, she carries herself with a commanding presence, which makes her appear taller than she actually is. Her pale skin has tanned from years spent under the sun, and her once-flawless cheeks are now dusted with freckles.

Personality: Anne is merciless and coldhearted, except when it comes to her crew. She values loyalty more than anything else, and is herself fiercely loyal to her crew. Many find her unemotional and overly proud, but she doesn't care how others think of her. She finds it better to be feared than loved. It's worked well for her so far.

History: Not much is known about her past. Obviously she knows, but she's not one for sharing. She is known to have come from a privaledged family, but the details of how she came to her current lifestyle is left only to speculation.

Crush: n/a
Boyfriend/Girlfriend: n/a
Husband/Wife: n/a
Family: She has a living father and mother, as well as a younger and older sister. She hasn't seen them in a number of years.

Likes: Anne is a huge fan of loyalty.
Dislikes: Similarly, she despises traitors and the weak-willed.

Other: Whenever she captures a ship, she will offer any females aboard a choice. They can either join her crew or be set adrift in a rowboat. As for the men, she has a reputation for killing without question, and then burning the ship after plundering all its goods. 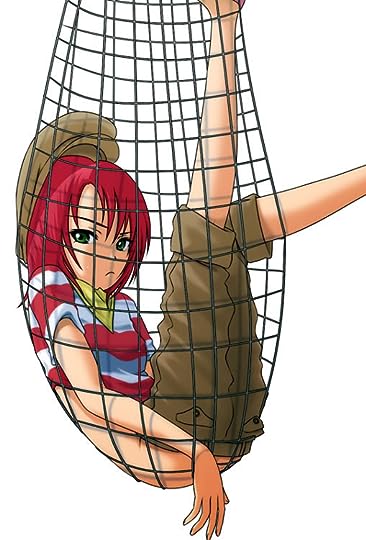 (Just With Blonde Hair ^^)
Personality: Anja seems like a sweet and helpful sort of girl, well she is at times, but shes also a harsh and serious girl. As long as you don't get in her way or get her mad, then you'll be alright, but on the other hand... then I just hope you can defend yourself. Anja can easily threaten somebody harshly and has a smart mouth, meaning she can come up with great comebacks against someone else. So, just don't mess with her and your ok. Anja can be very quite and calm, she isnt the one to talk to others honesly, she keeps most things to herself.
History: Anja was actually born as a regular girl in a country and state, America. But, as she got older, she for some reason wanted to sail the blue, so when she finally turned 16, she left her family and came to this ship where she is now a proud memeber.
Crush: Good Luck(Open)
Boyfriend/Girlfriend: Yeah, Right(Open)
Husband/Wife: Nope(Open)
Kids: Um, No
Family:
*Alice Valentina-Mother-Unknown
*Alexander Valentina-Father-Unknown
Likes: Water, Fighting, Drawing, Ect..
Dislikes: Spiders, Pitch Dark, Rude & Annoying People, Lightning & Thunder
Swordsmanship Skill Level: 5
Pistolship Skill Level: 5
Pet: Yeah, A Wolf named Desert Rose- http://fc03.deviantart.net/fs39/f/200...
Other:

((We should have some characters in here because I am secretly/not-so-secretly in love with my character.))

Keeping A Weather Eye on the Horizon ~A Pirate...