Here you will be creating characters of 'The Big Three', which are campers from Zeus, Poseidon, and Hades. There can only be 5 characters per each of these, so first come fist serve! You cannot have all your characters be in these cabins though, out of fairness reasons! Guidelines are below. Copy and paste this. Delete the "." from HTML formats. Your character must be accepted BEFORE you roleplay. 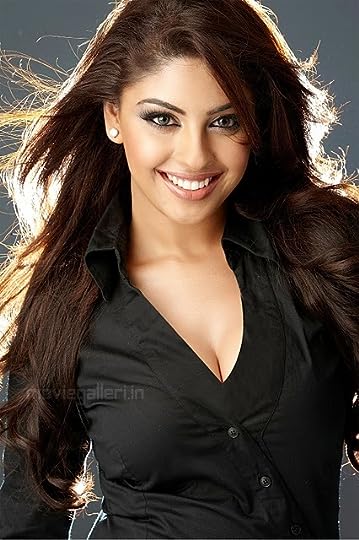 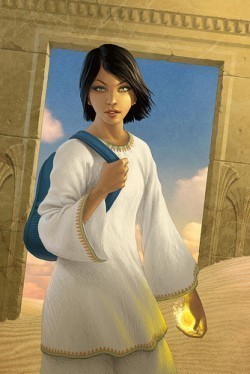 (But imagine her with longer hair) 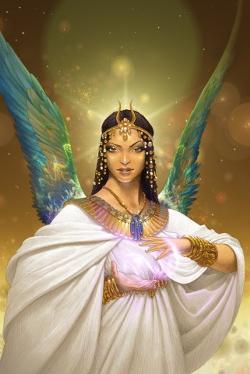 (But in this picture younger and without wings.)
Jaz is a tall, skinny girl. She has warm amber eyes and long, thick, straight black hair. Her skin is a warm coffee color and her facial features are very beautiful. She may look weak, but she is one of the strongest out there, though she doesn't realize it. She has thin, black, perfectly shaped eyebrows
and a graceful build. She has long, thin legs which leaves her standing taller then most.

Personality: Jaz is a very kind, sweet girl. She's the kind of person that everybody wants to be friends with. She's never met someone who doesn't immediately like her. She is a wise crack, and may come off a bit cold and harsh, but once you get to know her, she's the nicest person ever. On to her intelligences. She is extremely smart, and puts things into perspectives that most would normally overlook. She always has a plan or strategy and is excellent at executing them. Now on to her battle skills. She is very handy with any swords or throwing knives, and, being a daughter of Zeus, she can manipulate air to let her fly. She is stronger then most, and beats almost everyone at combat. Though she will never pass up on an opportunity to train. Overall, she is well rounded, smart, and the nicest person you'll ever meet.

History: When Jaz walked through the entrance to camp, everyone was astonished to see that she was still alive, as many thought she was dead. In good reason, too. She had fought many battles with magical creatures that gave her nightmares for a while, and that many would've died trying to fight. So when she walked through the entrance to camp, she left everyone awestruck. She wasn't claimed until later that night, but when she was, it was spectacular. First, her hands glowed with spheres of crakling lighting. Then it shot skyward, forming a beam of lightning as far up through the clouds as anyone could see. It was then, that everyone was certain she was a Zeus, though most had suspected it from the minute she stepped through the entrance.

Crush: None for the moment, and if she does have one, you will not be able to tell. At all.

Other: She can sing amazingly well, though she hardly ever does. She is also a great artist, and one of the best at combat at the entire camp.

Accepted, but can you make it not ALL bold?

Personality: Becca is very full of herself, and is truthfully a bit vain. She doesn't usually like other people, but that's because of her rough past. Her father got her a lot of fame at the camp, although she didn't care for it. Over the years, she's become friendlier, trying to forget her past. Now, she never talks about any of her family, except her dad, who talks to her all the time.

History: Becca's mom was killed when she was four. Zeus went on a rampage once, and he took it out on her. Poseidon was furious, and gave Becca to Chiron to take care of. Becca grew up at camp, and quickly discovered her powers. She figured out her dyslexia and ADHD at eight.