Where books come to life!
This is a Roleplay with a difference, as one becomes your favourite author with yourself as a writer. You could be a JK Rowling or Terry Pratchett, Cassandra Claire or Ken Follett. Whoever your favourite author is that inspires you, you can step into their shoes and see the world from their perspective!!

Choose an author/ writer and grab a pen & paper (or the nearest laptop with wi-fi) and step into 'Storyland' where words litrally jump off the page...become Lewis Carol and as you sit at the typewriter you step into Wonderland! Or JK Rowling scribling on a London train travels into Hogsmead! Be creative and have fun doing what you love most - writing! 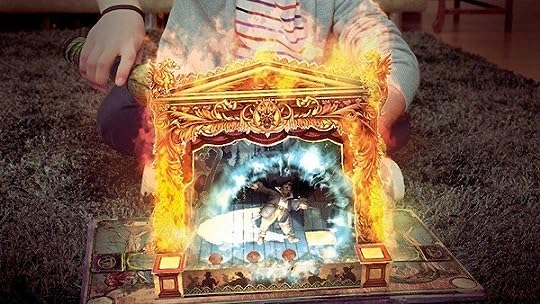 Jump into your favourite story, as the author!

STORYLAND
As I sit squashed between two strangers on the Northern Line I begin to write these rather slanted words onto my hole-punched, lined notepad that is covered in tea stains and ink marks. Some words appear hardly readable on the page as the train jolts me in my seat, whilst standing passengers try to retain their balance as they are squashed together like sardines in a tin. As I chew absentmindedly the lid of my biro a sweaty, plump businessman in a creased suit nearly lands on my lap as we approach the small station of Sloane Square, with its emerald tiles and overcrowded platform. There is one thought in my mind that does not disappear and as I try to smooth over the creases in the paper, he comes to me like a bolt of lightning. It is a boy, a wizard who waves a wand and practices magic who has seen both life and death. I begin to pour my feelings onto the notepad those both of love, loss, heartache and grief as the rumbling of the train echoes around me whilst I shiver as a blast of cold air rushes by as the train zooms along to Victoria station. This one person who begins to form in my mind is the catalyst to the entire story’s creation, as if Harry is the first brick of the towering wall, as if he is the foundations of Hogwarts School and all those characters and adventures, secrets and dangers that are connected to it. But to feel pain he must also be close to those whom he loves, whilst being confronted by an enemy as our greatest demons lie inside of us. Of course something must be situated in the heart of the UK, such as Diagon Alley in the middle of London that is cleverly concealed from those inquisitive muggle eyes. The word Muggle opens all sorts of possibilities as I survey those in the stuffy, humid carriage around me; from businessmen, foreign tourists and families with children.

As I begin to loose myself within those scribbles and inky notes, my surroundings become hazy as if I am on the train station one minute then to be whisked away into Narnia with Lucy, Edmund, Peter and Susan on a sandy beach. Looking up however I am not surprised at all when I do not see a beach but rather am met with the strangest sight, as I awake into full consciousness finally putting pen and paper down. Right before my very eyes where an overcrowded, metal carriage should have been was a stone wall that seemed to reach towards the heavens under a brilliant clear blue sky. A Hippogriff flying overhead cries out whilst zooming past me a young child on a broomstick suspended in midair swoops past, as I stand in bewilderment. Pinching the delicate skin on my hand to make sure that I am not dreaming (as the likelihood of this being one of my peculiar dreams was high), I glanced at the notepad I had been writing on and then back up at the great castle with a fire-breathing Dragon sitting on one of the turrets. Harry Potter’s story was now unfolding literally before my very eyes as I stood facing the Black Lake with professor Lupin transformed as a werewolf by its edge, whilst Goblins and members of the Order of the Phoenix hurried past concealed beneath long, hooded black cloaks.

Now all I had to do was pick up my pen and paper and keep writing, so that Harry’s story could begin. Smiling I glimpsed down at the page which read ‘chapter one: the boy who lived’ and thought about how the residents of number four Privet Drive would take to seeing an Owl. 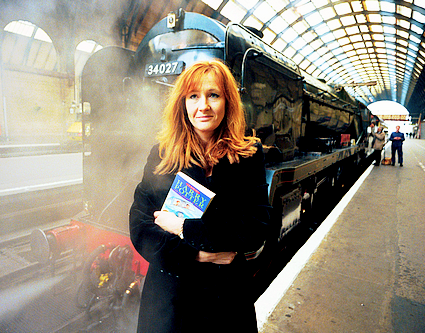