The Institute of Demi-Gods discussion

Powers: She can breathe underwater, control water, and the water can heal her

Personality: Abby is really nice, funny, and kind. She loves to hang out at the beach and surf. She hates bullies and seeing people upset. She'll go out of her way to help people. She is really strong as well, and can be protective.

History: Abby is an only child. She has had a difficult childhood, handling the ADHD, Dyslexia, and the other disabilities that come with being a demigod. She's moved all over the country from school to school with her mom, although they were always near an ocean. Her mom was always nice to her though, and always there to support her. Abby didn't have a lot of friends growing up. When she turned 12, the monsters started finding her, and she had to go to Camp Half-Blood.

Powers: She can contro darkness and see perfectly in the darkest darkness.

Personality: Once she sets her mind on something nothing can change it. She's brave and loyal, willing to do anything to help her friends.

History: She doesn't talk about it so no one really knows.

Weapon: Two swords that were a gift from her mom

Powers: Can turn into a wolf 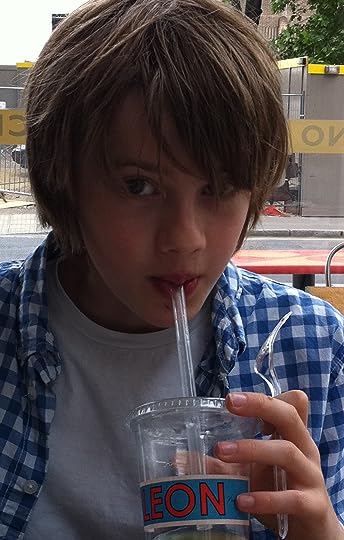 History: Was born a demigod son of the Norse Wolf God, Fenrir. He was first sent to Vanaheim to learn, but that didn't work out. So he was sent to other schools, but they didn't help either. He was then sent here.

Powers: Due to being a child of Hebe, Meggie doesn't posses extrodinary powers. But she does hold a youthful appearance and is an amazing social worker, since she's the child of the god's cupbearer. 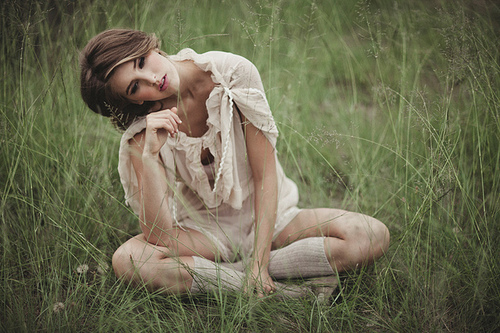 Meggie has dark, curly brown hair with blonde highlights that reaches her back. Her eyes are a misty grey that seem to look like a fog over a lake. Her face looks youthful, a little younger than she actually is. She's enourmously tall nor is she hideously short. She's about 5'7 in height and pretty skinny. She's not curvy, which is something she's happy for, because sometimes it distracts girls.

Personality: Meggie is very quiet and isn't one ot get into quarrels. She forgives people easily, and is not one to stick with people for too long. She isn't agressive in most situations, trying to see the rational side of every situation. She isn't the most socially skilled around newcommers but she's actually very charasmatic with people she's known for long periods of time. She's a little fidgetty when she's nervous about something or when she speaks. Her voice impediment does make her scared about people judging her. She's independant most of the time, but when she's frightened, she cowers and feels like she needs people more than she needs her paints.

Romanticly, Meggie isn't one to flirt. At all. She is far too serious and sucluded. She's always terrified of rejection and humilition, especially if she knows that person not so well. But, if even she's known them all her life, she isn't very confident around them either. She is very niave at times, but she also is quiet smart in some things. She has stress issues, causing her too take things too seriously most of the time and to panic easily.

History: Meggie lived a normal life with her father and half sister and brother when she attended a public school. She was known as a very good leader, which was why she was sometimes was made class president. Her mother took form of her best friend one day, since Hebe was known to take form of a charming girl, and her life changed. The demigod role was what she played now. And here she is. Her life changed.

Weapon: Dagger with a cup-like hilt with colored swirls on the blade that mixes in with the bronze.

Crush: None. She isn't much for flirting, remember?

Other: Meggie loves to paint.

Powers: Can turn into a wolf

Can you add more detail?

Problem, I kinda made myself. If I add the history, it would be too long, even when paraphrased.

God's Orgin: Uh, Italian ok? The gods is basicaly a Pre-Roman Godddess, Diana, and Lucifer who woulb be replaced by the Greek Apollo...She has two divine parents, but is a demigod(like thor, casted down to earth)

Appearance: Redhead(Orange/Auburn), pale skin and silver eyes. At times she may have stag horns. She often dresses in white, sleaveless dresses and Wicca jewelry 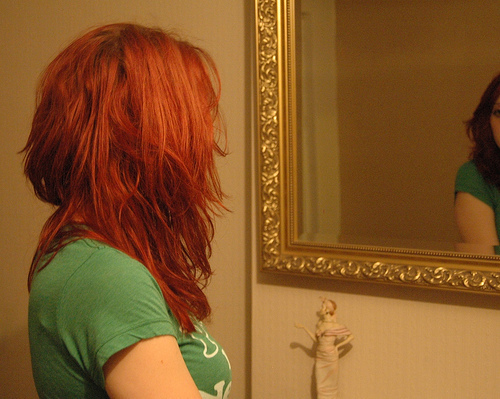 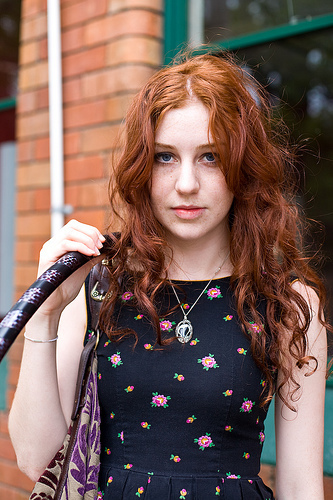 A spiral that trails from her pelivs area, spiraling around her womb and ends at her belly button

Two other spirals, from her underarms, spiraling around each breast, ending at the teat.

Personality: Quite, Shy, often uses magick to do work, brainy, but doesnt show it, rarely speaks up

History: She's The Daughter of Incest, her parents are twins. Diana, the Dark, Lucifer, the Light. Eventualy, they became the Spheres of the Dark Night and the Light Day(Diana-Moon, Lucy-Sun). They are the Original Triple Moon Goddess and Horned Sun God, she might inheirit their powers if she ever becomes a full god and her husband might, if he's Horned, although there is some bagage that comes with the Gifts that they might not like.

Sexual Orientation: Is "Straight", but may get with females.

Other: She has strong ties to Greek, Roman, Egyptian, Celtic, Irish, and Middle Eastern Dieties

Powers: Can shape-shift into a wolf

Personality: Jesse is shown to be a caring, loving and protective garde who would go to lengths to fight for the people he cares for, humans and gods alike. He likes to fight back no mattter what. While he does possess the determination and desire, what he longs for most is a peaceful and a normal life.

History: Born of the Norse Wolf God and a Cherokee/Egyptian woman. His father left when he learn of his mother's pregnancy. Jesse spent the rest of his life hating his unknown father for leaving his mother. When he was claimed he hated it for the first couple weeks. But he realized soon after his father had to leave. He still has some resentment for the Wolf God.

Weapons: Himself and a dagger with a hilt made of a deer's bone

The Institute of Demi-Gods