Mod
{25,000 acres of Dragonpower, Realmgates, and pure awesomeness.} Sorren Dragomir surveyed the estates Realmgates, recreational centers, and gamerooms. "This should do well" in a soft, hypnotic voice. 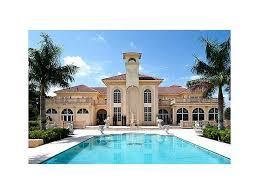 Mod
He walked in.

Mod
((on and off like a boss)) Sorrens wings and tail burst out as he went into dragonoid form from shock. "Ashley. you... how... I just bought this house!"

Mod
"No alarms..." Sorren decided he would set the alarms himself. "you want to say...?"

Mod
"Actually, I need you here. go outside and walk in again, but say 'dorren' first. the realmgate will take you to the Situation Room."

Mod
"This is my new house. and," he said, "never fry my stuff again." he punched a wall and it crumbled to pieces. he froze it by breathing ice to make a new wall.
"If you want to teach, go to the realmgate 3 stores down. that's flying class."

Mod
*Xithen walked into the building, scowling as another day of orientation for new recruits had ended in more disappointment and aggrivation, as the recruits tend to not know a damn thing about anything*

Mod
Sorren looked in bewilderment. "Where do you come in from, and how did you know that I bought this place?! ...Or did you come from the situation room?"

Mod
(( Sorry. ))
*Xithen blinked* "Are you talking to me?" *He cocked his head and pushed it out a bit in a sense of stress related anger*

Mod
*Xithen growled* "Do not anger me anymore than I am." *He continued to walk more into the building*

Mod
"Ashley, set up the alarms with your speed"

Mod
"Thank you. Any leads from the dark dragon? if not, get a dragonoid and a seer to help you" he went into dragon form and shot off.

Mod
(( Oh, ok. ))
*Xithen growled and held out his hands* "I summon you! Raiga!" *He slid his hand across the air as a the handle of a sword appeared in his right hand and his left hand revealing the large blade as it moved across the air, finishing by moving his hand swiftly away from the tip of the blade, then assumed a battle stance* "Say that again..."

Mod
"HEY!" Sorren drops from the sky and shifts from dragon to dragonoid. "This is my dwelling," he says, taking out his whip. "And you shall respect it or take it outside" he points to the door.

Mod
(( Sorry. ))
*Xithen looked at the Dragon ((Sorren)) that flew in, then back at the girl ((Ashe))*"Shall we discuss this matter outside? Or are you going to take that back?"
(( Now don't underestimate Xithen because he's Human; he's very powerful--powerful enough to become a Dragon Master AND the Supreme Commander of the Mortal (Human) Army. His blade is also significant, as well. So don't take him lightly. ))

Mod
"Xithen. the dragons need you to stay calm. That blade is an artifact older than time itself, and you, a human, of all people you wield it. that says something."

Mod
(( Though I'll allow a Dragon to know Raiga's lore because Dragons, in my roleplays and stories, are one of what's known as an Old Race that have been around since the dawn of time, just remember that Raiga's lore belongs to me. ))
*Xithen looked at Sarron, then glared at Ashe* "Callme that again and we will have problems." *He released his grasp on Raiga and allowed him to recede back into his soul, resting there until next called upon, then turned and began to walk away*
(( I'm going to just assume the Dragon Masters know each other. ))

Mod
((they should))"Thank you. Any leads on the NightMasters?"(dark dragons army)

Mod
*Xithen stopped and turned around* "Have you not heard? Several of my men are currently fighting a squadron on the great plains at the forest's border. Do you not take sight of what's going on in this world?"

Mod
*gasps*"you buy one house..." he hit a button. Send all dragonoids, seer, and humans within a mile radius to the Forrest."

Mod
*Xithen closed his eyes and sighed* "Fine. I guess blowing off some steam will demeans some of my stress." *He opened his eyes* "Although I did--" *He scowled as the two were no longer standing there* "Or just take off, why don't you?!" *He growled and exited the building, pulled two small, curved knives from his sides, twirled them in his hand as he moved them to his back, and slashed upward in the shoulder blades of his back, quickly resheathing and locking the knives back into their scabbards as large, stagings wings emerged from the open slits in his back* "I guess I'll just have to tell him later..." *He coiled his right hand and regripped the phasing handle of Raiga as the rest of the blade followed the handle, and took off at a great speed toward the great plains beyond the forest*

Mod
((Its my charries house but its also used as home base so change the room thing but he can grab it from the Situation room.))

Mod
(( Alright. I just figured that the "Dragonmaster's Estate" would imply that it was all of our shared house, but I'll go edit my post and just follow you all. ))