Hey guys! Sadie Kane here, and that annoying THING over there in the corner is my annoying brother, Carter Kane. Carter, why are you looking at me like that? Well anyways, introduce yourself here! Go on, don't be shy.

Your character must be accepted. You may roleplay if it takes longer then a day to be accepted but please try to wait for me to accept it. If I ask you to change something or add something, you must do so. The guidelines are below.

Appearance: Picture or link along with a 3+ sentence description.

Wand or Staff Appearance: Picture or link. You may add a description if you want, but however it is not required.

Personality: Sadie Kane is sarcastic, rebellious, and often baffles people with her sharp tongue and fierce nature. She is not afraid of breaking rules and often teases her older brother Carter. She makes fun of her friends Liz and Emma for being boy crazy, when the fact is, she's quite boy crazy herself. Sadie is also a fan of Adele. She is strong minded and stubborn, as much as she is caring and kind. Despite her aloof air, she is affectionate towards her parents and wishes she had more time to spend with them. She also cares very much for her cat, her friends, and her brother though she makes fun of him all the time. She likes chewing gum, which sometimes helps her concentrate. She has a crush on Anubis, as he does for her, as well as Walt, a magician who's dying of some strange curse that leaves both her and the guys as they both like her back. There are issues with her being with either. Her feelings also confuse as both guys kiss her and she can't decide which she likes better. 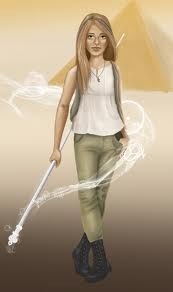 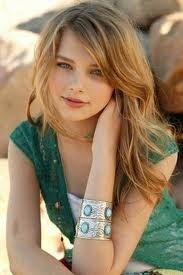 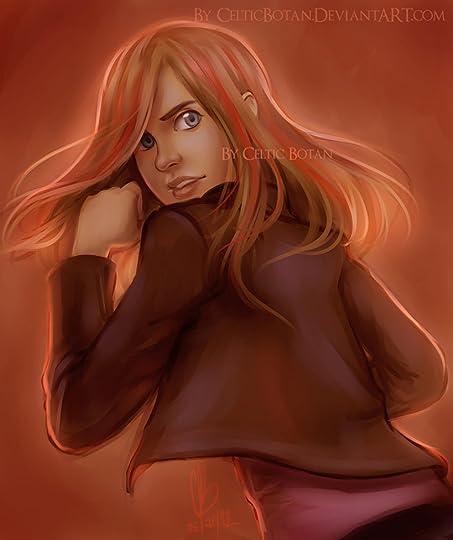 Sadie Kane is a girl with caramel colored hair which she usually outs bright colored streaks in and bright blue eyes. She is mostly of average height, and the same height as her older brother Carter, which Carter finds annoying, and skinny as well. Though she is one of the strongest magicians alive.

Wand or Staff Appearance: (Staff is shown in her picture.) Her wand:

History: She has lost both her parents to different causes which she will explain if she feels the need. Her and her brother have been working hard to stop the rise of Apophis, as well as get there parents back which is MUCH harder then they thought. The rest she only explains when she feels like it.

Boyfriend: Open for the moment.

Other: She has a pet cat which turned out to be the goddess Bast sent to watch over and guard her.

Personality:she mean and rude and very smart,. she also very stuck up and thinks shes to cool for every one else and shes better then every one.

((Can you add a bit more and then YOU are but Amy needs way more.))

Hosted:Atam (Atam is the god of creations. He was the first god of them all. It is believed that he rose from the sea of chaos and created all the other gods)

Personality:He is outgoing and friendly, but when annoyed it can cast a dangerous fire in him that many will not wish to meet.

He has shoulder-length blond hair, and startling green eyes.

Wand or Staff Appearance: (I couldn't find a picture) His wand is rather long, and straighter than most. It is made out of iron and has hieroglyphics of power running the length of it.
His staff is the size of a grown man, made out of iron and steel with a ball of glowing purple energy at the tip.
Hi weapon is the khopesh.

History:He has been running and dueling from monsters for years before finding the Kane camp, and has managed to take refuge there.

Family: He has never known his family.