same character format as other one

Appearance: Has midnight black hair and big, foamy sea green eyes like her father. She is pretty pale and very athletic. 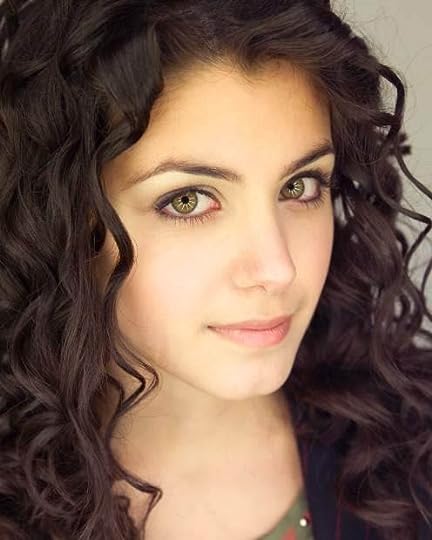 Description: Her mother abandened her when she was five, and she was put in a foster care. She loves her parents deeply, but wanted to know who her real parents were. Her father told her when she was ten, and from then on he began to train her. When she was 12, he sent her to camp half blood because he thought she'd be safer there.

Skills: she's very talented, but she still has room to improve
Weapon: sword that percy had

Personality: She quarky and competitive, and makes friends easily. She's almost always in a good mood. She loves her father dearly, and one day hopes to find her mother.

Mod
Name: Ash
Gender: M
Child of: Zeus
Appearance: Black curly hair, deep blue eyes.
Description: He doesn't know her his mom is, and He's been at Camp Half-blood his whole life.
Skills: Awesome stuff with wind,
Weapon: Sword, I guess...I cna't think of a name
Personality: He's nice. He can be really stupid, and he can admit that but he can also be charming and funny. He can loose his temper really fast and if he's really really mad, get away from him.

does that mean they broke their oath again?

lol, the river styx must be really mad now

Description: She lives with her mom in a tiny house in the mountains. Her mom is extremely protective of her and her dad doesn't know she exists, but her mom told her about her father when she was only 9, and ever since then Pence has been clinging to her mom, hoping she wouldn't have to ever meet her father. Then, one summer when she turned 13, her mom was forced to send her to camp half blood, convinced it was best for her safety.

Skills: She gets frustrated easily, but she has a certain spark that allows her abilitys to soar.

Weapon: A black ring worn on her left pinky that transforms into a message sender. Named Clabris.

Personality: Very intellegent, short temper, shy, but easy to get along with.

cools!! i dono if lacy should like her....hmmm. i think they're exact opposites, so maybe lacy shouldn't like her

Mod
I Think it should be the same for all of them....friend/enemies.

haha yesss...but I made him as more so a back up...I don't think he will be as main as te others..more so an obstacle??

I am so sad you cudnt come to SC..its gonna snow and I will b all alone...wah!

haha noooo its not ur fault! sorry! I just really wish u cud b there...but another time. When r u leaving for Coloradooo? 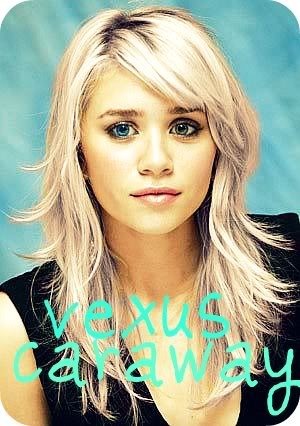 Description: She lives with her mother, who sent her to camp half-blood.

Skills: She is really good with animals.

Weapon: A sword made of celestial bronze, metal, and platinum. It's very dangerous.

Personality: She's super un-social. You have to directly talk to her to get her to answer, and she doesn't like it when people talk to her alot.

ooooo lacy will definitely like her. she's kinda that way too.

Mod
Un social?? UUUghhh sadly, I gtg. B back in like a hour.

Mod
Wait, she's supposed to be Pense's twin? Pense doesn't look like that.

she has a dif. mother so i guess this works...

i was thinkning it should be a dif. character or something...but w.e

yayayaya i just read the post in prophecies haha =D

ok so hmmm...we need another character..but who's twin? do we agree that the twin should be a secret...or unknown? kinda lyk a missing puzzle peice, that is put together in the prophecy?? or does some1 else hav a bettr suggestion...

Mod
We can have a twin. I wouldn't mind playing them, but we should ask Belle and Alexi.

mmkay..if they agree you may need to redo Eliza's profile..just to change some things up...if thats alright? :)

Mod
Sure! But change which parts? I know her looks, and.... what else?

well if she stayed in the lotus hotel for the last 100 years..than wouldnt Pense be..uhh..lyk not born..haha..and also pense lives with her mother too, but Pense doesn't live with eliza...i can make it so that Pense all of a sudden gets a message from her mom saying that "I shudve told you sooner..u hav a twin...blah blah blah" ??

sweet..thanx..and u might want to make it so she lives with her uncle or something because her mom only had enough money to provide child care for one twin when the two were born..or something like that??

so how could she have a twin 100 years older than her? lolz. i would rather have someone that was from athena or appolo or something else like that. but its ur chari ur choice :)

belle ur confusing me now?? wasn't it u that wanted her to hav a twin in the first place??? ARGH sooo confused!

noooo that was alexi. ::D i got back from CO!

sureeee i have to check if i have any tests first though ::D

Personality: hard working, always wants to stop and think things through before he makes a decision. Is very cautious, but very brave.

Family: lived with his father all his life. He's met his mother several times, but has never been to camp half blood. His father is in the air force, and he's moved around a lot. But he doesn't mind that, he likes moving around and seeing new places.