CHICAGO – Lucy Hale, the star of The CW’s “Privileged,” revealed this week that she too has auditioned for a role in the upcoming sequel to Stephenie Meyer’s “Twilight,” the highly anticipated “New Moon,” to be directed by Chris Weitz and going into production soon.

The onslaught of casting and audition rumors for “New Moon” have led us from rumors that Taylor Lautner might be replaced to a possible audtion for Vanessa Hudgens to stories about Dakota Fanning and now Lucy Hale.

Twist Magazine broke the scoop after speaking to Hale on the phone and hearing straight from the TV star that she has officially auditioned for the role of Jane in “New Moon”.

Hale told Twist: “Well, I did read [for the role of Jane:]. We had some talks about it. But I think they just offered it to Dakota Fanning – the role I was interested in – which is great. I’m a huge fan of her! So, I think she’ll probably take that. And I mean, as of right now, I’m not sure if it’s going to work out. But I’m definitely still going to see it!”

Twist also asked Hale if she would take any part in “New Moon” – not just the role of Jane – to which the young actress said: “I’d take any role! Leah Clearwater, but I think there’s already talks with somebody else. I think they’ve already offered it to someone. I mean, we’ll see. If not, it’s all good.”

When it was pointed out that Vanessa Hudgens of “High School Musical” is the starlet in question that was considered for Leah, Hale said: “Right, right, right! Yeah, I wasn’t sure if that was true or not, but she’d be great for it!”

“Twilight,” which stars Kristen Stewart, Robert Pattinson, Ashley Greene and Taylor Lautner from director Catherine Hardwicke, has grossed $178 million domestically. This has put the “New Moon” sequel into production immediately and has spawned a series of casting rumors. Other books in the Stephenie Meyer series include “Eclipse” and “Breaking Dawn”. 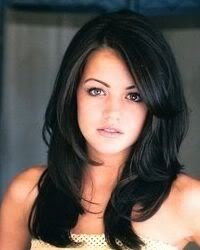 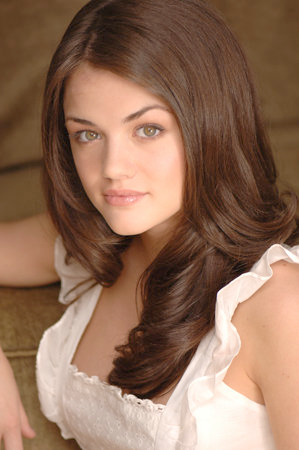 I think she would have made a good jane...

idk i pictured her blond...

shes supposed to have light brown hair and they could always change the actresses hair...they did with Rosalie...

sure...=P or they could put a wig on her like they did for Alice...

who is she? im not sure if ill like her unless i no wat shes been in

Lucy Hale, the star of The CW’s “Privileged,”

she was also in sisterhood