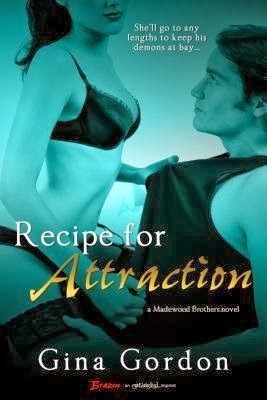 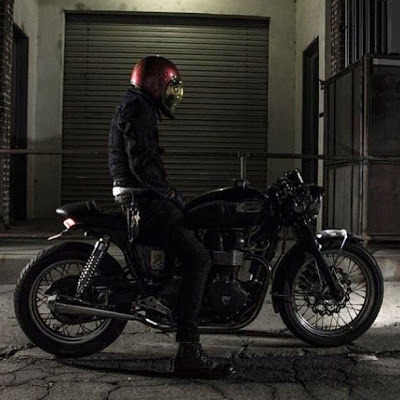 Bad boy Neil Harrison may have sexy body and an even sexier smile, but there’s no way in hell architect Carson Kelly is falling for the elusive bachelor. For starters, he’s her boss, and getting intimately involved with the infuriating alpha male could be a career-killer. And secondly, he’s battling personal demons in one of the most dangerous ways possible: illegal street racing. After a friend’s tragic death years ago, Carson swore she’d never get involved in that life again.

Neil knows Carson’s keeping secrets and he’s determined to uncover all of them…even if he has to seduce them out of her. But as their antagonistic work relationship ignites a passionate affair, Carson must decide if protecting Neil from his need for speed is the perfect outlet for her own restless desire, or if they’re on a one-way path to destruction

“Unless you want this night to end, you’ll hop on, Harrison.” She cocked her head, inviting him over. “I won’t bite.” Neil laughed low in his throat. “You better cover up that neck, honey because I just might.” 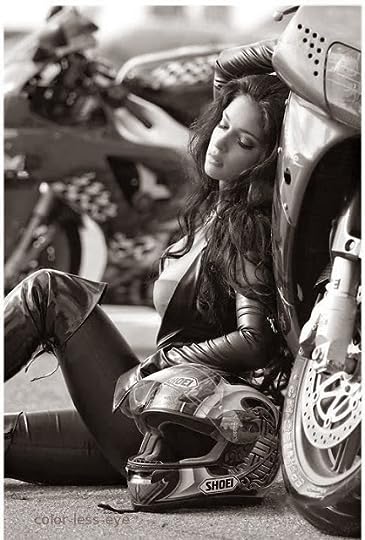 She turned away. It was too hard looking at him. “Carson, don’t leave.” “Here we are again. One of us asking the other to stay.” She looked over her shoulder right into his eyes. “But will you give me what I want?”


My thoughts (Theo~): I have had received an ARC in exchange for my honest thoughts about this
book!

I would love to be able to start
with something simple, easy and soft, but how can I when this book simply made
my day? Okay, I recognise that I have had finished it in three hours from the
exact moment when I’ve received it! What can I say, I’ve fell in love with the
amazing work of Mrs. Gordon last year and I know her talent when it comes to
amazing work!

So, without further ads on I would
like to tell you more about the characters and the story:

Carson Kelley III is an ordinary architect ready to face the world and take over her
father’s firm of architecture. She is stubborn, a real challenge and someone
you can count on when you need a shoulder to cry on! She is someone smart and
even though she gives the idea of someone who has never confronted life before,
she is actually one of the survivors!

She is full of secrets and her own
demons are lurking right behind the corner ready to take you down! But her
heart is pure...

Neil Harrison
is one of the Madewood brothers! Smart, charismatic, sex-on-legs, ready to take
you to bed, but insincere when it comes to his past and his future.

He is someone you can count on, but
he will not let you to become a part of him! He can destroy you, yet make you
smile all the same!

The tension between these two is
almost too much!

The story :
everything begins with the need of racing that takes possession of Neil one
night! He is ready to start the race, the “flag” almost down, when one pair of
long legs and long black hair appears out of nowhere, already on a first-base name
with the illegal-racer and owner of the race Diaz! He is not sure of her evolvement
and is not ready to dig that out yet, but when she starts shouting at him for
being so reckless he loses it! He takes off in the race, wins it and come back
to reclaim a prize that was never his to begin with!

But at the same time the kiss melts
them both! They realise that the past year has been pure torture for both of
them, so they decide the obvious: don’t race, have sex with me instead!

Carson is mature enough to know not
to fall for the broken boy; she is ready to take up on any offer he has, just
to be able to be with him, but he is her employer and she is his employee! Something
can or might go bad! And it will!

Carson is as “legal” as they come,
but her illegal past make her realise all the future mistakes Neil is about to
do and tried her best to help him out! But when your own father is trying to
make you feel as miserable as ever about anything that you do, or when the one
your father loves keep coming back at you even though you hate him with all
your force, she is as bound to failure as he is!

They do not regret anything, but
time and people have a tendency to destroy or be destroyed! They do not
recognise their own feelings, they struggle with the inevitable, and they
destroy themselves only to build themselves piece by piece!

Once you’ve been broken you know how
broken feels like and you are doomed to not repeat that mistake again. And again.


I’ve loved this book for the easy
readying that kept me going even though I was really tired! I’ve fell in love
with the characters because I was both of them. I have my past, but now I am
doubtful about my future. I do not have a Carson in my life, neither am I a
Neil, but I am struggling with my own problems. I was able to get them because I
was them. Young and not ready to let go, yet mature enough to unwrap my own
hand from my past.

I recommend this book to anyone
looking for a little bit of complicated, for those of you whom just love some
leather on a girl ready to ride her bike, for those of you that have a thrill every
time someone puts the gas pedal down on a bike! I hope you will enjoy their
lives as much as I did. I hope you will see their struggle or feel it, because
this is all about in this life: you either struggle or you either die trying. 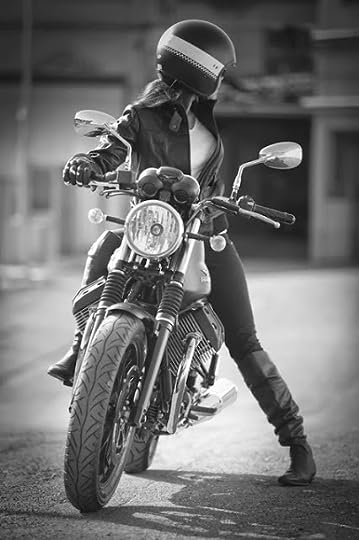 “So that’s my story.” It was a lot more than he had planned on disclosing. “And now that I know your secrets, I understand the architecture dream.” She shrugged. “That is the dream.” She didn’t sound very convincing. “You don’t love it?” He didn’t know what he would do if he couldn’t cook anymore. If the restaurant business was not a part of his life. “On the contrary, I do love it.” Her thumbnail picked at the counter top. “It’s just not fun anymore.”

Sign into Goodreads to see if any of your friends have read Recipe for Attraction.
Sign In »