"Was it better to die in happy ignorance or terrified knowledge? The answer, if you’re a Londoner, is that it’s better not to die at all."

This series does what most urban fantasies avoid¹ - it seamlessly integrates the 'urban' and the 'fantastical' parts, creating a lovely well-crafted enjoyable reading experience that remains grounded in reality, with just the right touch of whimsy to keep it moving along, *nothing to see here*. (Don't you just loooove my pathetic attempts at police humor? Wait until I come up with some cops/donuts jokes, really!)

¹ When I think of my favorite magic-meets-real-world stories, the overpowering focus is always on the magical bits - after all, isn't that what makes them exciting? The books I'm thinking about include the Dresden books, Gaiman's Neverwhere, all the Harry Potter books (by the way, one of the covers for this book includes the blurb of it being a blend of CSI and Harry Potter, cue the eyeroll from me), and even the much-disliked by me Miéville's Kraken. 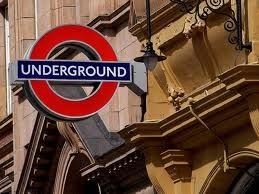 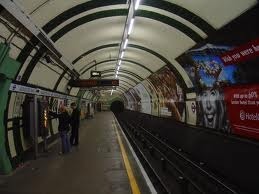 Unlike the abovementioned trend (and maybe it's the fault of my way of selecting my pleasure reads, after all), Whispers Underground is first and foremost very much a police procedural that just happens to intersect with the slightly more unusual aspects of London life (the ones that include river goddesses, goblins and occasionally strange creatures equipped with vagina dentata, no less).

It gave me “the eye”— the fearsome gaze that sheepdogs use to keep their charges in line. But I gave it “the look”— the stare that policemen use to keep members of the public in a state of randomized guilt.

But with the exception of employing Peter Grant of the Folly (the London-based magical crime squad that as of this book has been expanded to full *THREE* members!), the police approach to investigating a suspicious murder of a young American university student in the depths of London Underground has very little of magical wand-waving and very much of old-fashioned suspect-questioning, report-writing, and the down-and-dirty (in this book, pretty much literally) exploration of the less savory part of the city, including but not limited to London sewers. (Yes, this book gives you quite a literal look at what you can refer to as London's underbelly. Experience comes complete with the description of the feces-tinged smell as a side bonus). 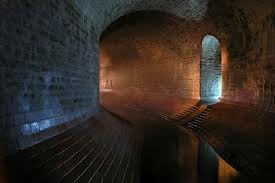 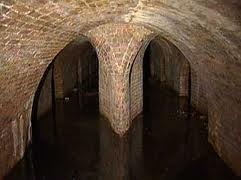 The aforementioned London sewers. Actually, they look rather cool, don't they?

You know, far from magic-be-all approach, it presents policing as actual work, firmly grounded in the real-world policing techniques and approaches. And I love it.

In all honesty, magic itself in this series is actually quite *grounded* as well - very rational and scientific from what we've seen so far, which is reflected in the frequent comparisons that Peter Grant draws between it and science:

"So just chalk it up to pixie dust or quantum entanglement, which was the same thing as pixie dust except with the word “quantum” in it."

"Low sample size— one of the reasons why magic and science are hard to reconcile."

In the same vein, Peter Grant is first and foremost a twenty-something London policeman and a guy well-versed in popular culture with its niches for nerdiness-loving souls, and only secondarily an apprentice wizard with propensity for treating magic as a branch of science that ought to be experimented with (to the utmost chagrin of his old-fashioned master mentor) and with a still very steep learning curve ahead of him.

"Now, you could literally fill two whole libraries, complete with card files, reference sections, and a brass ladder thing that whooshes around on rails with everything I don’t know about magic."

I've talked a lot about my eternal love for Peter Grant and his nerdy dorky brand of dry and frequently self-deprecating humor that shines on every single page of this book and, believe it or not, never feels out of place. And I will say it again - it is the hilarious and smart narrative voice that makes these books truly shine.

"That was Seawoll," she said. "Stephanopoulos is on her way down and you’re not to do anything stupid until she gets here."

You burn down one central London tourist attraction, I thought, and they never let you forget it.

Let me give you some examples of the humor that made me laugh out loud in the hospital cafeteria while I was stealing a few precious minutes to read while stocking up on the life-saving caffeinated drinks to sustain my brain through the endless hospital shift hours (and these sudden outbursts of giggles probably caused a fair share of confused looks from some of my patients who were momentarily distracted from responding to their substance-fueled internal stimuli by my sheer joy).

Just like its predecessors, this book boasts some exquisitely politically correct humor (forget about 'black magicians' - they are, to a mixed-race Peter, simply "ethically challenged") and then in true European fashion some humor that that is painfully not politically correct ("My dad was a fairy,” said [a character]. “And by that I don’t mean he dressed well and enjoyed musical theatre.”)

There is obligatory irreverent homage to the books that helped inspire it and the dorky nerdy culture in which Peter Grant thrives, illustrated in this alcohol-fueled exchange between Peter and his raised-on-Sophie-Kinsella-books and (supposedly) not well-versed in the Dungeons and Drangons rules co-apprentice Lesley:

"You’re so boring," she said. "You’d think a copper who was a wizard would be more interesting. Harry Potter wasn’t this boring. I bet Gandalf could drink you under the table."

Probably true, but I don’t remember the bit where Hermione gets so wicked drunk that Harry has to pull the broomstick over on Buckingham Palace Road just so she can be sick in the gutter.

As any book featuring wizarding apprentices, this one, of course, cannot be complete without featuring our heroes' magical mentors - I mean, how can one do without one? You know the types - the grey-haired bearded wizened sages (think your average Gandalf and Dumbledore here) that give all kinds of wisdom-infused life-saving advice. Like this, coming from Peter's mentor Nightingale:

"This should give you some protection from a fireball while you stage a tactical withdrawal." By which he meant run like fuck.
---
“Nightingale turned up,” she said. “He was hoping to shout at you a bit to show his affection in a gruff manly and safely nongay way but you were asleep so he just sort of milled around for a while and then off he went.”

There is cultural awareness here, which helps us, the non-British folk, learn things about, well, the British folk. And while we're at it, about the British folk that comprises Britain's police force. Which, I think, differs quite a bit from the image we are fed by the shows like CSI and stuff, complete with the gun-wielding determined and grim dudes and dudettes wearing cool clothes and flashing their badges in a very professional way.

"Me and Lesley, being both English and police, managed to avoid any outward sign of the massive sense of relief we felt."
--
"Leave the police alone in a room for five minutes and we start looking in drawers, locked or otherwise. It's a terrible habit."

And one of my favorites, regarding the difference between the "official police speak" and the normal way of expressing things (and I'm not stranger myself to using big words to convey a simple thing in my profession):

Thus, “We did a joint evaluation of video evidence encompassing all possible access points in conjunction with BTP and CLP, and despite widening the parameters of our assessment to include registered and nonregistered cameras in the high probability zones, we have as yet to achieve a positive identification of James Gallagher prior to his appearance at Baker Street” becomes: “We’ve checked every CCTV camera in the system and it’s as if the fucker beamed down from the Starship Enterprise.”

Funny aside, this book had a few quite touching (although, thankfully, never sappy) moments between Peter and Lesley - the moments underscoring the old sincere friendship that the two used to share and that they seem to be restoring as they both become more used to the damage Lesley sustained over the course of the first book in the series. I cherished these moments of banter and bonding and some (almost unexpected for not always mature Peter) moments of touching adult sadness:

"It wasn’t until I looked away that I realized I’d read her expression off her bare face without reacting to what her face had become."

All in all, this series is very much worth picking up. It will not be a life-changing experience, but it will provide a few hours of happily chuckling at the well-written humorous narrative - and sometimes that is all you need. 4 stars and impatient foot-tapping in the wait for the next book in the series.
-------

“You find out that magic and spirits and ghosts are all real,” she said. “And you’re just fine with that? You just accept it?” “It helps that I’ve got a scientific brain,” I said. “How can that possibly help?” “I met a ghost face-to-face,” I said with more calmness than I’d felt at the time. “It would have been stupid to pretend it didn’t exist.”

------
In a bit of shameless self-promotion - for those of you who for whatever reason care about my ramblings about the first two books in the Peter Grant series, my reviews of them are here and here.
My review of the fourth book, Broken Homes, is here.
108 likes · Like ∙ flag

Sign into Goodreads to see if any of your friends have read Whispers Under Ground.
Sign In »

Book 4 should be out around the end of June :)

That's great! The wait is not that long then :D

Can I start with only the third part or do I have to start with the first one first?

Zeinab wrote: "Can I start with only the third part or do I have to start with the first one first?"

I think it would be better to start with the first one. Aaronovich does not recap the events of the previous books that much; he assumes you are familiar with the story by this point.

Have you tried any books by Charles de Lint?

This perfectly sums up why this series appeals to me so much. Thanks!

Paul wrote: "This perfectly sums up why this series appeals to me so much. Thanks!"

I think Nightingale looks more like this - since he was born in 1900 and started aging backwards in the 1970s, and looked like he was around 40: 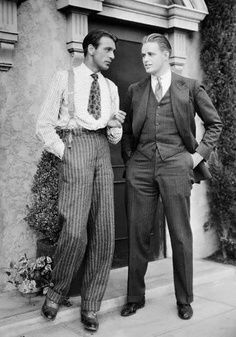