Alpha Divided by Aileen Erin is the third book in the Alpha Girl series. This series has it all, weres, witches, nasty vampires, and now even a fey. I loved the first two books of this series and this third book is even better! 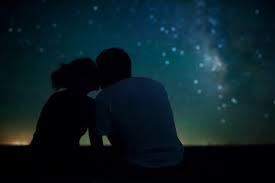 Tessa McCaide is eighteen years old now. Wow has her life changed. She went from a girl that tried to hide her visions with no idea of the supernatural world to a strong alpha werewolf witch. She is still struggling with all that she is but she is doing great. How could she not be when she is mated to the oh so sexy Dastien Laurent!

“Straddling the lines between human, wolf, and witch was hard. Each part pulled me in a different direction.”

The books starts out so endearingly. It is Tessa’s birthday party. What really struck me was how moved she was to have her friends and Dastien there with her to celebrate. She’d never experienced friendship like this before. But the day didn’t end in the best way. Now Tessa and Dastien must prepare for their bonding ceremony under the full moon. They are already mated to one another but it is time to make it official. And then, a couple of days later will be the dreaded tribunal for them both.

Again things don’t turn out the way Tessa hoped they would. Luciana, the evil head of the witch coven, wants Tessa. Before Tessa was bitten and became a werewolf, she was fated to be the next in line to head the coven. But Luciana is evil and there are doubts about her true reasons for wanting Tessa. So Tessa is forced to make a choice. Luciana is threatening war against the weres if they don’t give her Tessa for one month. Can Tessa leave Dastien for a month in order to prevent war? Can they trust Luciana’s word or what are her true motives?

“Luck wasn’t my thing, but I was starting to think fate was.”

“It was all starting to make sense. I only had to stop a war, find a replacement coven leader, and then take down one of the most powerful, evil witches on earth. And I had all of twenty-six days to work with.”

Throughout everything, Tessa grows stronger in her abilities. But she is having visions. Not of the past or present like before but of the future. They are not good visions, though. Things might not go as they hope. One thing is becoming more and more apparent. Luciana is truly evil, and she wants war. She wants to eliminate the werewolf population. She has help though. There are some werewolves within the community that also want Tessa gone and are willing to side with Luciana. How will they find out who is loyal and who is not?

Tessa also begins to realize that her role in all of this might be more important than she has imagined. This book had everything. Plenty of action but some really sweet moments between Tessa and Dastien. They are truly a pair, each other’s true mate, two halves of a whole.

“Maybe I did have a bigger role to play. Bringing people together didn’t sound bad at all.” 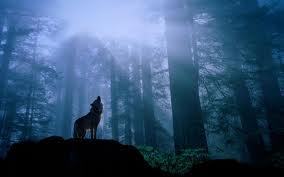 I did love this book. As I said, each book just gets better. I can’t wait to see what happens next. Thank you so much to Aileen Erin, Ink Monster and NetGalley for giving me the opportunity to read this book for an honest review.
20 likes · Like ∙ flag

Great review Carol! I need to get back to some paranormal stuff soon!

Karen wrote: "Great review Carol! I need to get back to some paranormal stuff soon!"

Thank you so much and welcome to my obsession! lol I can't seem to stay away from pnr. :)

Thanks so much, Nora. It really is awesome. I have loved it from the first book.

I read Becoming Alpha. Do I need read Avoiding Alpha before I read this one? It it absolutely necessary or do you think I'll be fine if I skip the second book?

Julianna wrote: "I read Becoming Alpha. Do I need read Avoiding Alpha before I read this one? It it absolutely necessary or do you think I'll be fine if I skip the second book?"

I would really recommend that you read the second book first. Its all on going and I'm afraid if you didn't you would miss important details that might take away from your enjoyment of the third book. They are all SO good. Aileen's new book, Cipher, was really good too! Let me know how you do!

Carol [Goodreads addict] wrote: "Julianna wrote: "I read Becoming Alpha. Do I need read Avoiding Alpha before I read this one? It it absolutely necessary or do you think I'll be fine if I skip the second book?"

Thanks for the thoughts!

Julianna wrote: "Carol [Goodreads addict] wrote: "Julianna wrote: "I read Becoming Alpha. Do I need read Avoiding Alpha before I read this one? It it absolutely necessary or do you think I'll be fine if I skip the ..."

You're welcome! Good luck. It's an awesome series! :)