Baba 's Reviews > All the Sky

Havoc is sporting a shaved head, a beard and a very ripped and tattooed body. Right from the beginning he manifested what a real sexist and jerk he is. He did change somewhat over the course of time, but I didn’t quite buy the “I can be sweet.” What I liked best about him was his hotness factor which was pretty high and, of course, I really loved the interaction between him and Nolan. These two really hit it off and I was happy for Nolan that he found a father figure. I could practically see how he thrived and bloomed when he got Havoc’s attention. Havoc, however, was very uptight when it came to love, relationships and commitment. In fact, intimacy scared the heck out of him. Due to his upbringing it didn’t come as a surprise, though. It goes without saying (view spoiler)[that I have a huge aversion toward his father who hit him until he bled. It’s a very strange way to discipline kids and very wrong. (hide spoiler)] And I can’t help feeling a grudge against (view spoiler)[his mother who did not stand up for her own son. Their lives may have been hard for all I care, hitting kids is wrong, and a mother must protect her children. (hide spoiler)]

A three-star rating means that I liked the book but didn't love it. I think that Havoc and Cory can’t hold a candle to Isaac and Lilli. In my opinion All the Sky lacked depth, gripping and real emotion. By the way, drama doesn’t necessarily equal emotion, at least not to me. Another issue of mine was the plot itself as well as the writing which felt very disjointed. Nothing really flowed smoothly and the plot was all over the place at times. Plus, I wasn’t particularly fond of Cory either. Aside from love, kids need stability in their lives. Being a parent means that we should be a good role model and I think Cory could have tried harder to hold a job longer than a couple months. When she went mental I was like “Daf@ck? What was that?" As always it would have been very nice to think first and act later. I honestly don’t know what’s so difficult about having a reasonable conversation instead of going apeshit in no time flat. Also, her parenting skills are lacking. What parent lets their kid unattended wander around in the dark for hours?? It’s very careless as well as dangerous and (view spoiler)[I was practically waiting for something bad to happen. (hide spoiler)]

All the Sky is by no means a bad read because it did entertain me, yet it’s not up to par with the previous books in the Signal Bend series. I hope that Len's story will appeal more to me.

My ranking
In Dark Woods 4.5 stars
Move the Sun 4 stars
Behold the Stars 3.75 stars
Into the Storm 3.5 stars
All the Sky 3 stars


Warning
All the Sky contains explicit sex and violence. One particular scene was pretty gruesome. (view spoiler)[They killed Havoc’s sister and delivered her head to Signal Bend. I’ve had a “yikes” moment when Havoc took his sister’s head out of the package and held onto “it”. (hide spoiler)]

Sign into Goodreads to see if any of your friends have read All the Sky.
Sign In » 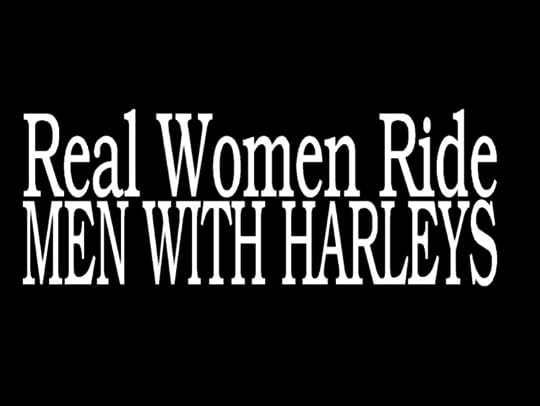 \n Despite the mess I liked it. Then again, Isaac and Lilli are my favorite couple of the series. Nothing's changed about that fact after I read All the Sky."

Soraya Naomi wrote: "B, is every book about another couple?"

Yes, Soraya.
There's an exception, though. The novella In Dark Woods is about Isaac and Lilli, as is Behold the Stars. BtS is the sequel to Move the Sun. :)

Oooh! I want to start this one now. Intimacy issues? Hmmm.

Vallsykes wrote: "Oooh! I want to start this one now. Intimacy issues? Hmmm."

I saw that you are reading it, Vall. Looking forward to your review. :)

Looking forward to your review, Baba! :)

I look forward to your review, hon. ♥

Kristen (Peddler of Smut) wrote: "I look forward to your review, hon. ♥"

Mistik INK wrote: "I was at 3-4 stars but I round up. I wonder if we'll have similar thoughts. I'll check back to see when you've completed the review."

It should be up sometime this week. :)

I'm looking forward to reading this story, but I feel the same as you. Isaac and Lilli stories are incomparable.

I saw that you are reading it, Vall. Looking forward to your review. :)"

I look forward to your review as well, Baba. This one felt very different for me. It made me want to go back and read Alone of Earth, although I know I don't need to. I just want to get Havoc's characterization more, especially his friendship with Bart.

Nevertheless, I rounded my rating up to 4 stars because on the layers and complexities of character involved in the story.

Sunny wrote: "I'm looking forward to reading this story, but I feel the same as you. Isaac and Lilli stories are incomparable."

Hope you'll enjoy it more than I did, Sunny. :)

I saw that you are reading it, Vall. Looking forward to ..."

I haven't read Alone on Earth because I've never been particularly interested in Bart.
On second thought, I might downgrade All the Sky to three stars. It didn't quite cut it for me…
Compared to my latest reads it didn't have the same quality. Not by a long shot.

Glad you enjoyed B. Sorry you didn't love love. = /

SueBee★bring me an alpha!★ wrote: "Glad you enjoyed B. Sorry you didn't love love. = /"

Mistik INK wrote: "Nice review! I see what you mean. I had other issues but nevertheless, this book was not as tight as some of her other ones."

Thanks my lovely friend. We can't win them all. :) *hugs*

Great review sweetie, Shame it wasn't that great for you.....Hopefully your next book was better! xx

Dee wrote: "Great review sweetie, Shame it wasn't that great for you.....Hopefully your next book was better! xx"

Yeah, you got that right!...I have read my share of disappointments/duds too - but when it is an author that usually liked then suppose we can forgive them and move on to the next ;)