A review by Kristin~

Star Trek did it better... 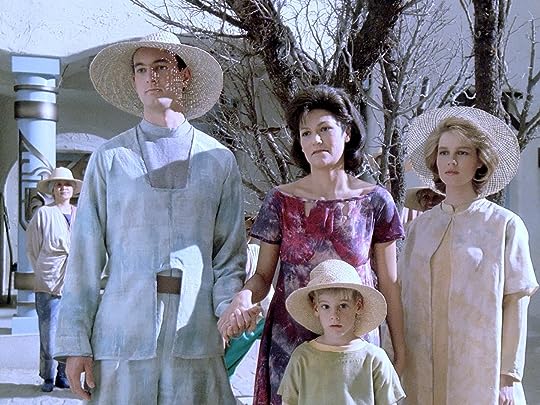 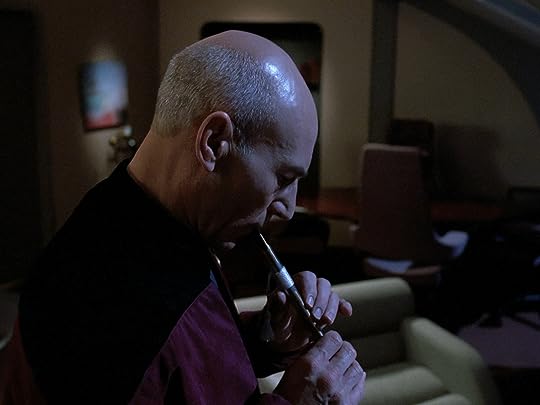 This book had promise and it did truly have a handful of beautifully constructed sentences and images. The loss of birds made me feel heavyhearted for a moment as I looked at my own colorful sunset and the little birds sitting on power lines that line the road on my drive home from work (I listened to this book on audio during my drive). Unfortunately, this book could not deliver much more in the feelings department, and that is pretty much the only reason for reading a book like this- to feel something; to think more deeply for a while after it is finished.

The characters were pictures or ideas more than people in my mind. Their personalities were black and white and without much interest. The plot moved from one scene to the next with little to tie one to the other except the melancholy and melodramatic voice of the narrator, Julia, an eleven year old girl who often sounds the same in her eleven year old dialogue as she does in her twenty-something year old narration. The author seemed to lack research into the likelihood of how a world would look and the effects of a slowing of the Earth's rotation. Not to mention the logical unlikelihood of people surviving more than ten years after the events of the slowing when in the period of one year all crops have had to be grown synthetically, the surface temperature of the Earth regularly reaches 130F, and there is no longer atmosphere protecting it from radiation. Even less likely the idea that people would continue in a relatively normal routine of work and school for almost a decade after and beyond.

This is an okay YA dystopian novel, but it tried to achieve with too many colorful similes, too much irrelevant description, and too much repetition of "if I knew then what I know now," what a great novel will with authentic characters and a strong believable narrative.

Sign into Goodreads to see if any of your friends have read The Age of Miracles.
Sign In »