Life turns on a dime.

I stopped and started 11/22/63 by Stephen King a couple of times- not because it wasn't absolutely wonderful- but because I couldn't seem to give it my undivided attention. I am not really a speedy reader, and 800+ can seem quite daunting to me. When the 50th anniversary of JFK's death was coming up, it seemed like a perfect time to grab this off the shelf once again and dive right in. 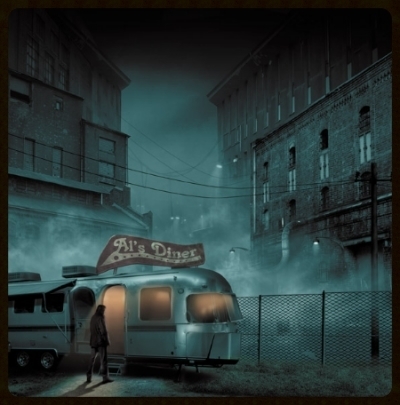 June 2011 Lisbon Falls, Maine- Jake Epping- a high school English teacher gets a phone call from Al Templeton- a owner of a not so successful local diner- Al is dying of cancer, doesn't have a lot of time left, and he needs to show Jake something. When Jake arrives at the diner things just don't add up. He just saw Al the day before and he didn't look sick- now he has aged years, lost an impossible amount of weight...and hair, but the impossible turns possible after he is shown a way into the year 1958 through the diner's kitchen. Al wants Jake to finish what he started- Save JFK- in doing that a domino effect may happen making the world a better place- no assassination of John could mean no assassination of his brother Bobby, or Martin Luther King...no race wars...a quicker retreat in Vietnam. The possibilities were endless. Jake's answer is yes. 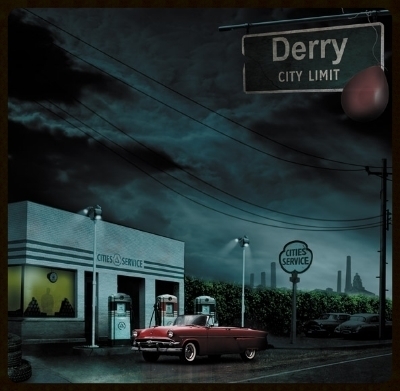 September 1958 Derry, Maine- Jake Epping- has taken on the identity of George T. Amberson- provided for him by Al. Al has set up ID, a bank account, and has also given Jake some sports trivia (for making bets to keep the money rolling in) and a diary he kept, when he himself was following Lee Harvey Oswald before his mission was cut short. Jake/George has a few years to kill in the past before he heads to Dallas in 1963, so he has decided to do a little experiment of his own first. An adult student of his- Harry Dunning- (a disabled janitor in present day Lisbon Falls) had a horrible thing happen to him in his childhood that Jake would like to prevent, so he travels to Derry- 1958 to see what happens in present day- 2011, when he interferes in the past.

My explanation of 11/22/63 probably seems quite confusing, but don't let that stop you from reading it. Stephen King does a fabulous job of making everything very easy to understand as long as you do what you must always do to enjoy Stephen King...suspend disbelief and let yourself get caught up in the fantasy. This is definitely my favorite King book since the 80's. Don't expect a horror novel though...if you do you will be thoroughly disappointed.

I loved this book. I love time travel and I loved Kennedy. It brought back a lot of memories.

I figured since the anniversary was coming up...it seemed like a fitting read.

Glad you liked it too! My fav of the year.

I loved it! I was worried I wouldn't because my expectations were so high. There were a few King books about 10 years back that disappointed me right in a row, so I kind of stopped reading him for awhile...but now that I have read Joyland, Dr. Sleep and 11/22/63-this year- I can't seem to get enough of him. :)

Delee wrote: "I loved it! I was worried I wouldn't because my expectations were so high. There were a few King books about 10 years back that disappointed me right in a row, so I kind of stopped reading him for ..."

Me too Delee. I've read quite a few of Mr. King this year.

Well done Delee. So glad you enjoyed it.

Thank you so much Arah-Linda! I really did. Like you, I looooved going back to the good ole days. I wasn't born until the late 60s...but I lived such a sheltered life- in a gated community in New York- it kind of felt the same as what I imagined the 50s early 60s to be, sometimes I want to go back.

I have seen milliiiiooons of documentaries on the subject, but haven't read any non-fiction. I have never been a huge conspiracy person...but I have to say, before the last couple of weeks I was never of the opinion that Oswald acted alone ( I leaned towards Lyndon Johnson being involved). After reading King's afterward in 11/22/63 and seeing the Tom Hanks produced documentary...I must say I may have changed my mind a little.

Such a fine book, great review, love the images!

This is the first Stephen King novel I've read and I loved it. Reading the book is a kind of time travel. His scenes in the 1950s and early 60s are convincing.

Yes, one of my other favorites is "It". When King writes about the 50s you can really feel the love he has for simpler times.

Delee wrote: "Yes, one of my other favorites is "It". When King writes about the 50s you can really feel the love he has for simpler times."

I just looked up "It" and I find Library Journal describes the book as "pure horror." Not to mention that it's 1093 pages long. So perhaps it's better I let SK rest on his laurels and go back to my Victorian novels. :-)

I wish I'd read this more recently, since it coincided with the 50th anniversary. Maybe I would have had a more emotional reaction to it. I liked it, but I didn't LIKE it, like it. :)

For me...I think, what mood I am in- or what is happening in my life- has a big impact to how I feel about some of the books I read. I started 11/22/63 a couple of times and it just wasn't connecting with me -so I set it aside. I don't always do this...but it was one of those books I fell in love with by just looking at it -plus I also had quite a few people (whose opinions I respect, tell me how wonderful it was) I just wanted to give it some time to see if at some point it would just finally click with me. I am glad I waited.

...Now that being said...maybe you just didn't LIKE it, like it, and never will. Pure and simple. You don't have to feel bad for that. :)

Mary Ronan wrote: "Delee wrote: "Yes, one of my other favorites is "It". When King writes about the 50s you can really feel the love he has for simpler times."

I just looked up "It" and I find Library Journal descr..."

I have "It" on my to-re-read list...I read it sooooooo long ago. I don't remember it being PURE HORROR lol. I wasn't grossed out or reeeeeally scared by it...but it was veeeeeeery loooooooong.

I read it in two days, could not put it down. My husband took 2 weeks to read it, and said it was good but I had no idea how good until I started it.

On average I read an hour or two each night at bedtime...so it took me about 10 days. Sometimes with a shorter book I can knock it out in a day or two...but that is rare.

"It" was fabulous, had no idea it factored into 11/22/63 - another reason to get at this. Great review and photos Delee.

Thank You Florence and Margitte!

Great review! I really enjoyed this and now I'm thinking I need to read It--I've never read it!

Thanks Julie! Well you know how I feel about it- Yes you should! :)

Great review Delee. I read this book twice, back-to-back I liked it so much. IT was one of the few Stephen King books that I had read before this one, so yes, I agree, it was good to know about Derry. Love the photos.

Thanks Cherie! Wow, back to back- I don't think I have ever done that before. That IS love!

One of the few King book I have not read. When I need an 800 pager in a winter snowstorm,I'll grab this one. It's hard for me to read other "versions" of times I have experienced in the actual- so I rarely do these kind.

If you haven't read "It" I recommend you read that one first. You won't be lost or anything...but there are a couple of characters that are in both books.

Thanks, I have read "It" but it was decades ago.

I have this on my Kobo, and I haven't read it yet...I definitely need to! I had no idea that this book was connected with "IT".I read "IT" when I was like 14 (I'm 31 now, so it's been a bit!). I remember quite a bit of the book, primarily because it scared the bejesus out of me, LOL.

This is MUCH less scary!

Just read this one and loved it. You've almost sold me on "It", which I've avoided so far because it looks creepy as hell. Good news for my dogs who will probably spend the duration of my reading time sleeping beside my bed protecting me from monsters instead of overnighting outside.